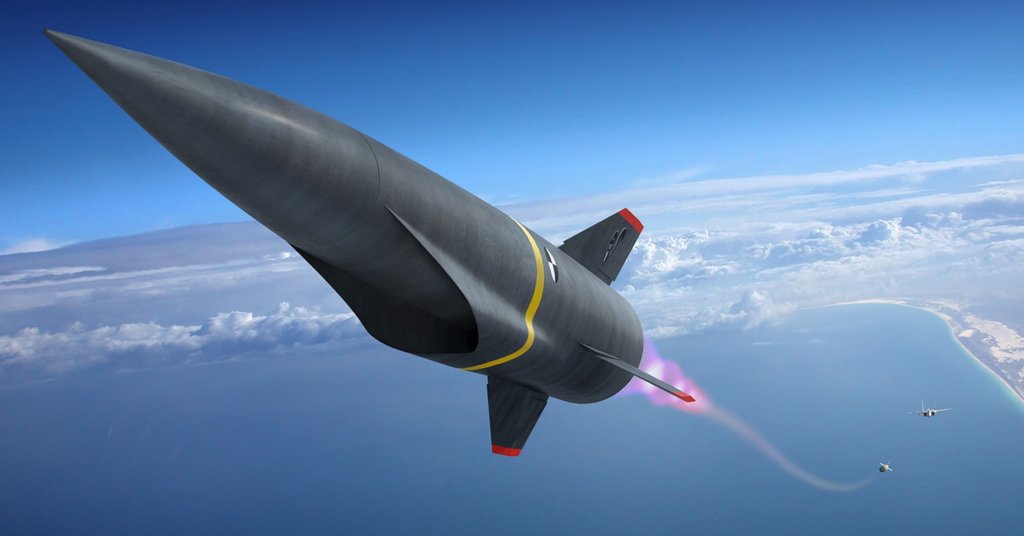 According to the Washington Times:

The U.S. military successfully tested a ground-breaking hypersonic weapon in Hawaii this week, Pentagon officials said Friday in the latest sign that America may be catching up to its global rivals in development and fielding of the 21st-century technology.

Officials said the Army and Navy jointly tested the hypersonic glide body late Thursday night at the Pacific Missile Range Facility in Kauai. Hypersonic weapons fly at speeds at least five times the speed of sound — or Mach 5 — and are widely viewed as a game-changing military technology.

But for years specialists and military insiders have warned the U.S. has fallen behind its chief competitors, China and Russia, in the development of the weapons. Catching up and ensuring the U.S. is on par with its foes, and has the capability to defend against hypersonics in the event enemies deploy them, has become a top priority inside the Pentagon.

America is the global superpower but this does not mean that America is invincible in everything that it does. America’s deep engagement in the Muslim world over almost the past two decades has severely weakened its capabilities on other fronts. Nothing stands in the way of Muslims establishing their own state except the limitations of their own perceptions. Capable political leadership is fully able to navigate the international situation, balancing the world powers against each other in order to carve out a viable path for the Muslim Ummah. With Allah’s permission, the world shall soon witness the re-establishment of the Islamic Khilafah (Caliphate) State on the method of the Prophet ﷺ that shall implement Islam, reunify Muslims lands and carry the call for Islam to the entire world.

The views of the medical community stand in sharp contrast to the general Western discussion in their politics and media. According to an article at the medical news website statnews:

In many infectious diseases, the immune system’s reaction to a virus, bacteria, or other pathogen can cause greater harm to the infected individual than the pathogen itself. Sepsis is a deadly example of this phenomenon. Triggered by an infection, the immune system overreacts, releasing chemicals called cytokines that make blood vessels become leaky. That can ultimately reduce oxygen delivery to vital organs, which may cause organ failure. Sepsis kills more than 10 million people a year.

The Covid-19 epidemic is something like sepsis: the reaction by the media and government is likely to produce more harm to societies around the globe than the virus, possibly for many years to come…

I believe that most economic losses won’t come from direct sickness or death due to the novel coronavirus, but from what a 2008 World Bank report calls “uncoordinated efforts of […] private individuals to avoid becoming infected.” A slowdown in economic activity driven by fear of the novel coronavirus will cause layoffs and a recession. Without jobs and steady income, individuals and families will have a harder time paying the required deductibles, copays, and premiums required to obtain health care. Hoarding behaviors will compromise scarce resources. Lack of affordable options results in less medical care, which will increase the number of avoidable illness and death over a longer time frame.

We have learned to live with the flu, which can cause up to 80,000 deaths a year in the U.S. and between 300,000 and 650,000 worldwide. It doesn’t invoke widespread fear, dread, and hysteria. Life goes on. People go out in public, eat at restaurants, drink in bars, fly in planes, take mass transit, attend sporting events, and congregate in other large indoor settings.

We cope with it by washing our hands with soap and water for at least 20 seconds, avoiding close contact with people who are sick, and covering coughs and sneezes…

It is in the nature of Western politics and media to overreact to such issues. The commercial media are able to attract far more readers, listeners and viewers by portraying every issue as a crisis, and every crisis as a catastrophe. Meanwhile, politicians are looking for any opportunity to inflame public opinion against government, so they seize such opportunities to attack the government for inaction, which inevitably results in weak governmental leaders exaggerating their concern, as has happened to both US President Donald Trump and British Prime Minister Boris Johnson in response to CONVID-19, discarding initial professional medical advice that they were given. Just as panic buying is overwhelming the retail business and its global supply chains, panic self-referrals are beginning to overwhelm Western health systems that are not designed to cope with case surges.

Islam stabilises the negative effects of media and politics by balancing motivations of material benefit with humanitarian, ethical and spiritual prerogatives. Furthermore, journalists and politicians are rigorously instructed to adhere to the truth. Allah (swt) says in the Noble Qur’an: يَا أَيُّهَا الَّذِينَ آمَنُوا إِن جَاءَكُمْ فَاسِقٌ بِنَبَإٍ فَتَبَيَّنُوا أَن تُصِيبُوا قَوْمًا بِجَهَالَةٍ فَتُصْبِحُوا عَلَىٰ مَا فَعَلْتُمْ نَادِمِينَ “O you who have believed, if there comes to you a disobedient one with information, investigate, lest you harm a people out of ignorance and become, over what you have done, regretful.” [al-Hujurat: 6]

Afghanistan Fails to Stabilise despite US Efforts for a Calm Withdrawal

At least 27 security personnel were killed when a military base was stormed in Afghanistan on Thursday, in one of the biggest attacks since a violence reduction agreement was signed between the United States and the Taliban last month.

The Afghan government blamed the attack on the Taliban, with whom the United States signed a peace deal last month for an eventual pullout of foreign forces from Afghanistan in exchange for reduced violence by the militant group.

As part of the agreement, the Taliban was also supposed to begin talks with a delegation of Afghan leaders for sustained peace in the country – but the process never took off after disagreement on the release of prisoners…

“The attack happened with the help of infiltrators,” a spokesman for the Zabul provincial governor said.

The Afghan defense ministry also said infiltrators within the Afghan forces helped carry out the attack, adding that the incident was being investigated…

America decided to partially withdraw from Afghanistan not because it had achieved its objectives there but because of its failure to sustain the occupation. The agreement with the Taliban was only a weak attempt to provide cover for the withdrawal, and has not practically changed anything on the ground. With Allah’s permission, the Islamic Khilafah (Caliphate) shall soon be re-established, supporting the Mujahideen with professional armies in all occupied territories, fully evicting the foreign disbeliever from all Muslim lands.