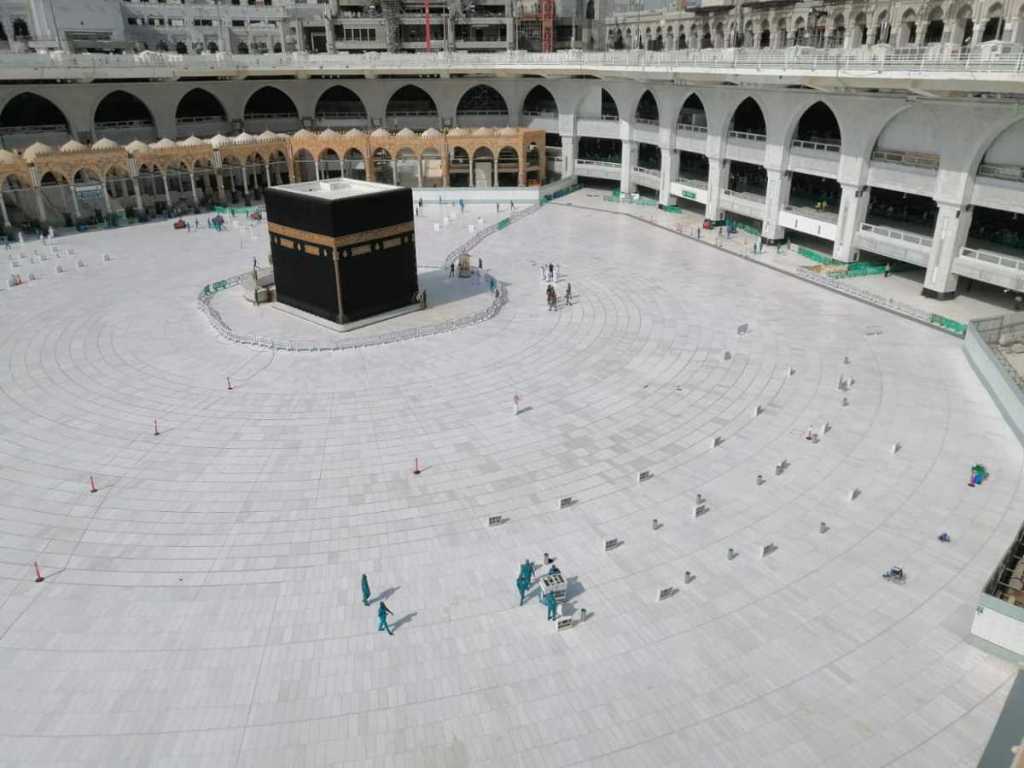 Responding to the coronavirus pandemic requires a comprehensive system of care working at all levels, where the wellbeing of all of the people is the primary concern. The Islamic way of life is well equipped to take care of the affairs of the people, with its beliefs and values, and systems that are built upon them.

The Muslim Ummah, who will be witnesses over all of humankind on the Day of Judgement, have a Shariah (legal) responsibility to help prevent the spread of this disease and everyone should focus their efforts towards that end.

Everyone should take seriously the advice of the experts who aim to halt the spread of the disease, acting accordingly, lest the pandemic enters every home leaving much suffering in its wake, Allah forbid.

We should therefore take the following matters into serious consideration:

The Messenger of Allah ﷺ advised: «لاَ تُورِدُوا المُمْرِضَ عَلَى المُصِحِّ» “Do not put the sick with the healthy” and  «فِرَّ مِنَ الْمَجْذُومِ فِرَارَكَ مِنَ الْأَسَدِ»“Run from the leper like you run from a lion.”

The Messenger of Allah ﷺ also said: «لَا ضَرَرَ وَلَا ضِرَارَ» “There (must be) no harm and no harming.”

The Messenger of Allah ﷺ said: «إِذَا سَمِعْتُمْ بِالطَّاعُونِ بِأَرْضٍ فَلاَ تَدْخُلُوهَا، وَإِذَا وَقَعَ بِأَرْضٍ وَأَنْتُمْ بِهَا فَلاَ تَخْرُجُوا مِنْهَا» “If you heard of a plague in a land, then do not enter it; and if you are in a land and it enters, then do not leave it.”

Aisha (ra) was asked about the plague, so the Prophet ﷺ told her: «أَنَّهُ كَانَ عَذَابًا يَبْعَثُهُ اللَّهُ عَلَى مَنْ يَشَاءُ، فَجَعَلَهُ اللَّهُ رَحْمَةً لِلْمُؤْمِنِينَ، فَلَيْسَ مِنْ عَبْدٍ يَقَعُ الطَّاعُونُ، فَيَمْكُثُ فِي بَلَدِهِ صَابِرًا، يَعْلَمُ أَنَّهُ لَنْ يُصِيبَهُ إِلَّا مَا كَتَبَ اللَّهُ لَهُ، إِلَّا كَانَ لَهُ مِثْلُ أَجْرِ الشَّهِيدِ» “It was a punishment that Allah sent upon whom He willed. Allah made it a mercy for the believers; for there is no servant who encounters plague, but he stays patiently in his land, knowing that nothing will befall him except what Allah has written for him, except that there is for him a reward like that of the martyr.”

The Islamic Ummah, when facing this pandemic, faces it by relying on Allah and taking the necessary precautions, armed with their closeness to Allah, reliance on Him, seeking His forgiveness, and the Islamic Aqeedah concepts that calm a believer when faced with Allah’s decree. Disease is a decree of Allah to test the Iman of the believers, and we hope it is not a punishment from Him. It is an invitation to the people to seek forgiveness in Him, to do good actions and to seek out treatment with the certain knowledge that none cures except Allah the Almighty.

Just like the virus, the greed of the capitalists does not recognise borders. The leading capitalist states today have brought humanity to the brink of destruction many times, caring only about exploitation for profit, with no care the condition of the people or preparedness for such disasters as this. Furthermore, they built the entire world’s economy on enormous debt, making it so fragile that it could collapse at any moment, while their only solution is to offer more debt, only delaying the inevitable crash and multiplying its magnitude in the process.

All humankind is facing this pandemic and is in dire need of real care from a state that truly looks after the people’s affairs. We are in need of a state that values humanity and not only materialism and profit. Humanity is in need of a Khaleefah (caliph) that deals with illness as primarily a humanitarian issue and not an economic issue.

The world needs a new global leadership to lead us out of darkness into light.