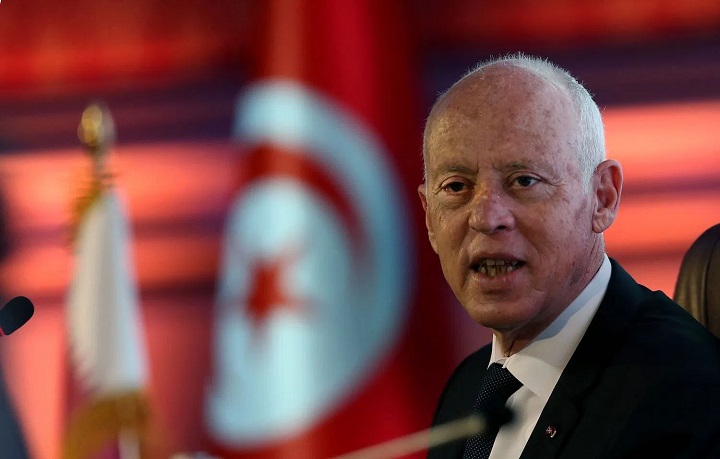 Taliban Sweep Afghanistan to Now Hold Half of its Provincial Capitals

According to an Associated Press report on Friday, in a lightning offensive barrelling through their southern heartland the Afghan mujahideen took four more provincial capitals giving them control over half of Afghanistan’s provincial capitals and two thirds of the country, including also in the previous 24 hours the capture of Herat in the West and Kandahar in the South which are the second and third largest cities in the country. The American-imposed Kabul puppet regime now holds only a handful of provinces in the centre and the east, as well as the city of Mazar-i-Sharif in the north. The report says that although the city of Kabul is not yet under direct threat, Kabul government forces were battling in Logar province only 80km from the capital and the US military estimates that Kabul itself could come under pressure within a month, enabling the mujahideen to then rapidly consolidate their control over the entire country.

Despite the attempt of the Western media to portray the mujahideen as unpopular, the rapidity of their advance across the country could not have been possible without extensive widespread support on the ground. Western culture and systems were only ever able to advance significantly in a few major cities; most of the country continued to adhere to Shar’i practices long after the demise of Islamic rule, it being normal for them to find Islamic scholars to decide their disputes rather than presenting themselves in front of government judges implementing Western law. Furthermore, it is not only Afghanistan that Western armies have failed to hold. They were also unable to hold Iraq, which they invaded immediately after Afghanistan; and so America had to relearn the twentieth century lessons of European empire-builders, who ultimately had to withdraw all of their armies from Muslim lands.

Muslims suffer only weakness in vision and self-confidence. The Western educated classes amongst Muslims have irrationally overestimated the power of the West, while underestimating the strength of the Muslim Ummah and the Islamic Sharia. Their ruling elite have been seduced into thinking that advancement in this world requires following the West, depending upon them and seeking their support and guidance in all matters, even though inviting interference of the West in the affairs of Muslims is nothing less than political suicide. Even now, the Taliban leadership is under enormous international pressure to accept a US-imposed settlement in Afghanistan that would mean some sort of power-sharing with the existing Kabul regime and many of the key elements within it and supporting it. The US State Department described the purpose of the visit of the US envoy Zalmay Khalilzad to Qatar this week as being to “press the Taliban to stop their military offensive and to negotiate a political settlement”. And the United Nations Secretary General threatened, “This is the moment to halt the offensive. This is the moment to start serious negotiation. This is the moment to avoid a prolonged civil war, or the isolation of Afghanistan”. By forcing the Taliban leadership to accept outsiders, American is hoping to be able to continue to maintain leverage over Afghan affairs, so that all is not lost to it. But if the West could not defeat the Taliban in war, then why should their terms be accepted in peace?

With Allah’s permission, the Muslim Ummah shall soon regain true awareness and arise and shake off the influence of the foreign disbelieving powers, re-establishing the righteous Islamic Khilafah (Caliphate) State on the method of the Prophet (saw), that shall liberate all occupied territories, unify all Muslim lands, implement the Islamic Sharia, restore the Islamic way of life and carry the light of Islam to the entire world.

America continues to seek a path to deepening its involvement in Tunisia, after its big win in Libya, taking advantage of the escalating conflict in Tunisia between Britain and France. At the end of July, Tunisian President Kais Saied dismissed his prime minister and suspended the parliament, with backing from the military forces. As a former French colony, Tunisia military continues to have a deep connection with France, while many of Tunisia’s politicians are connected with Britain because of decades of rule by the pro-British Habib Bourguiba and then Zain el Abidine Ben Ali. America is trying to insert itself into this French-British military-civilian conflict by showing support for Kais Saied. On Friday, US deputy national security advisor Jonathan Finer met with Kais Saied and delivered a message from US President Joe Biden “reaffirming his personal support, and that of the Biden-Harris Administration, for the Tunisian people and urging a swift return to the path of Tunisia’s parliamentary democracy”. The lands of Muslims will continue to be the arena for exploitation and competition between foreign powers until the Muslim Ummah seize control of their own affairs through establishing the Khilafah State that shall, almost from its inception, enter the ranks of the great powers on account of its vast size, energetic population, and formidable resources as well as its critical geopolitical location and its superlative Islamic ideology.

In the midst of one of the most severe economic crises to hit any country anywhere, the Lebanese Central Bank has added misery to misery by announcing an end to fuel subsidies, in an initiative that fully accords with Capitalist market thinking. Any change in the price of fuel will inevitably have wide impact across the entire economy. The Islamic Sharia views oil as a public property that is collectively owned by the people and in the custody of the government on their behalf. The Khilafah State may well also choose to set the price of oil at the market rate but in that case the profits will belong to the Muslim Ummah and not to the Capitalist business elite. The people of Lebanon are of the most productive and entrepreneurial amongst the entire Ummah; before its troubles began, Lebanon was a commercial engine driving economic activity across the Middle East. The tragedy of Lebanon is in its exploitative economic system and its corrupt political system both imposed upon it by the West. Capitalist economics does not work; if the West appear prosperous, it is not because of their domestic economies but because they continue to loot the resources and wealth of the entire world. This is in contrast to Islam which not only benefitted Muslims but also the other peoples of the world through Islam’s open and generous international trade policies. The Muslim people are highly intelligent, capable and industrious, and supported by a strong family-centric social system that enables individuals to reach their highest potential; all that they lack is the correct system of government to channel their energies into benefiting themselves instead of benefiting Western elites. With Allah’s permission, the re-established Khilafah State shall rapidly build its agriculture, commerce, industry and trade through the implementation of the Islamic economic system and once again make the lands of Muslims the centre of global prosperity, as before benefitting not only the Muslim Ummah but the entire of humanity. Allah (swt) says: ﴿وَابْتَغِ فِيمَا آتَاكَ اللَّهُ الدَّارَ الْآخِرَةَ وَلَا تَنسَ نَصِيبَكَ مِنَ الدُّنْيَا وَأَحْسِن كَمَا أَحْسَنَ اللَّهُ إِلَيْكَ وَلَا تَبْغِ الْفَسَادَ فِي الْأَرْضِ إِنَّ اللَّهَ لَا يُحِبُّ الْمُفْسِدِينَ﴾“But seek, through that which Allah has given you, the home of the Hereafter; and [yet], do not forget your share of the world. And do good as Allah has done good to you. And desire not corruption in the land. Indeed, Allah does not like corrupters.” [al-Qasas: 77].