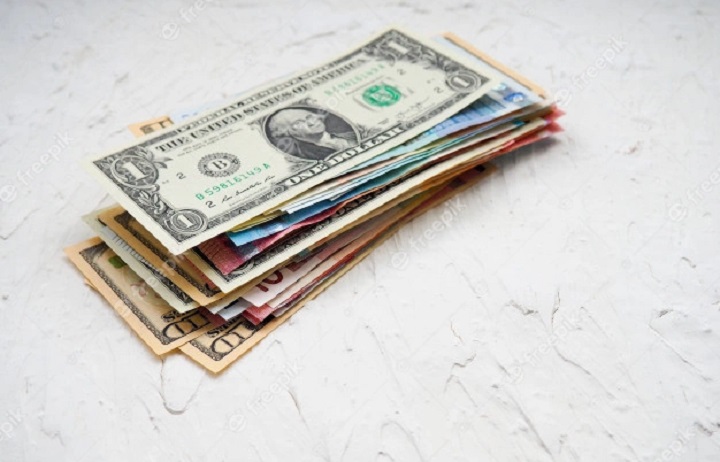 Are Islamic banks working according to Islamic law in Tulkarm and the governorates of the West Bank? Is it permissible to deposit money in them, or are they just names to cover the usurious business? How do we make sure of that?

First: We have already answered to this type of question more than once. On 20/08/2010, 05/03/2011… I repeat to you from the aforementioned answers what is relevant to your question:

[Contracts in Islam are not complicated and not unknown, rather they are easy, known, and are clearly detailed by Shari’ah.

1- The seller of any commodity must be the owner of that commodity, then he presents it for selling, where the buyer sees it, and the contract is conducted if the buyer accepts it, otherwise the commodity remains with the owner. The sale of a product that does not belong to the seller is not permissible in Islam, and the evidences on this subject include:

On the authority of Hakeem Ibn Hizam, he said:

I said: “O Messenger of Allah, a man comes to me to buy (a product), but I do not have what he asks for, I sell it to him later from the market”. He (saw) said: “Do not sell that which you do not own”. [Narrated by Ahmad]

On the authority of Amr ibn Shoaib, he narrated from his father from his grandfather, he said, the Prophet (saw) said:

“The provision of a loan combined with a sale is not allowable, nor two conditions relating to one transaction, nor profit arising from something which is not in one’s charge, nor selling what is not in your possession”. [Narrated by Abu Dawood].

2- Likewise, if the Caliph wanted to distribute public ownership to the people, or distribute food to them from the ownership of the state, and each one knew his share, then it is not permissible for him to sell his share in advance before receiving it from the state.

This is what the companions of the Messenger of Allah (saw) followed:

– Malik narrated that he had heard that receipts were given to people in the time of Marwan ibn al-Hakam for the produce of the market at al-Jar. People bought and sold the receipts among themselves before they took delivery of the goods. Zayd ibn Thabit and one of the Companions of the Messenger of Allah (saw), went to Marwan ibn al-Hakam and said, “Marwan! Do you make riba (usury) halal?” He said, “I seek refuge with Allah! What is that?” He said, “These receipts which people buy and sell before they take delivery of the goods.” Marwan therefore sent a guard to follow them and to take them from people’s hands and return them to their owners.

3- However, there have appeared in Muslim countries institutions that circumvent Sharia and call themselves “Islamic” like the so-called “Islamic” banks. They deal with forbidden transactions, but not in a usurious way as other banks do, rather they follow another forbidden way:

a- If you go to an ordinary bank and want a loan, it will give you a certain usurious (riba-based) interest. And if you go to a bank called “Islamic,” and you want a loan, it does not give you this without an increase, because it is a bank and not an institution that helps people for the sake of Allah, so it wants an increase, but not explicitly as a normal bank does, because the bank is called an Islamic! So, it does not want to deal with the forbidden usury (riba) in the forbidden way which is known even to the general public, but it says to you: Why do you want a loan? You will say: I want to buy a car or a specific commodity… and I do not have the price for it. So, it says to you: Well, we purchase it and pay for it in cash, and we sell it to you in installments with an increase of certain amount. Thus, the deal is conducted with you before the bank purchases the commodity; meaning that the sale in installments between you and the bank has taken place and the contract is concluded and it became binding before the bank purchases the commodity, and therefore you are obligated to take it after the bank purchases it, meaning that the sales contract was concluded before the bank owns it. You did not buy it after the bank owned it and offered it to you, so that you can accept it or not, rather here you cannot back down from buying it because originally it was bought for you and not for the bank, thus, it is selling what is not owned, and it is not permissible according to Shariah… If the bank had a showroom of cars owned by it and showcases them to people, and sells them to whom it wants in installments, then the sale is valid. However, the bank is not a merchant in the well-known sense, rather it is a bank that wants a profit on the money it pays, so, instead of taking a usurious increase that does not agree with its “Islamic” name, it gets it and more than it through an illegal (not Shari) transaction, which is selling what it does not own that is forbidden in Islam!

b- They call it “Murabaha” and it is not so, as Murabaha sale according to Sharia is that you own the commodity and offer it for sale. The buyer comes and negotiate the price with you, and you tell him to give you a profit on top of the cost price that you paid when you bought the product, and he accepts after you have made him aware of the price you paid to buy the product, and he becomes content by that. So, he pays you the cost price and the profit that you both agreed upon. And as you can see, the commodity is owned by the seller when it is presented to the buyer. It is clear that this is not what the so named Islamic bank or similar institutions deal with.

c- Sometimes they call it a “promise” and not a “sale” and this is a fallacy! It is an incorrect statement, because a unilateral promise (Wa’ad) or a bilateral promise (Muwadah) is not binding, but it is binding in the bank’s transaction, as the agreement was concluded before the bank possesses the commodity. Therefore, a person cannot tell the bank after the bank possesses the car, saying to it, “I do not want to buy.” This cannot be in the bank’s transaction, because the contract was made before purchasing it, and it is binding and not a promise. As for the promise to sell or buy, it is of course not binding.

The promise to buy is not binding, but the contract of offer and acceptance is, and this was done between the bank and the man before the car became the possession of the bank, and what took place between them is a binding contract of sale for the man. The sale has actually and practically taken place between the Bank and the man before the bank took possession of the car, as evidenced by the fact that when the bank owns the car, the man cannot refuse to buy it, and this is contrary to the Shari’ rulings that have clarified and explained the sale in Islam.

Therefore, what they call it selling in this way is not permissible.

In conclusion, this transaction is not permissible according to Shariah.

I liked someone’s comment about Islamic banks, where he said that ordinary banks attract the money of people who are not interested in dealing with riba (usury), so the religious people who do not deal in riba remain, and their money remains outside the ordinary banks. Thus, the so-called “Islamic” banks were the trap for the money of the religious people, where these banks use the money in a way other than the riba, which the common people know is forbidden. So, they use them in illegal transactions, which are easy to convince simple people that they are from Shariah, such as finding a name for them from Shariah, such as Murabaha, for example, which is not as obvious as riba, and many religious people may not know it and think that it is permissible.] End.

Second: As for your question about putting money in trust with these banks… We answered a similar question on 14/10/2012 and this is the text of it:

Of course, it is better not to place it in the bank or with a disobedient person.