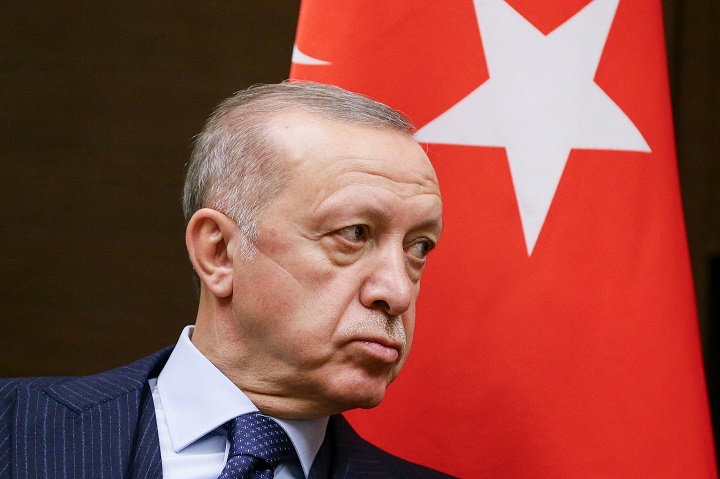 This week, the US military head, General Mark Milley, Chairman of the Joint Chiefs of Staff, under pressure to account for America’s defeat in Afghanistan described it as a “strategic failure”, when he provided testimony to the US Senate Armed Services Committee on Tuesday, along with Defence Secretary Lloyd Austin and CENTCOM Commander Kenneth McKenzie. Milley further confirmed the defeat saying, “Outcomes in a war like this — an outcome that is a strategic failure, the enemy is in charge in Kabul — there’s no way else to describe that,” and indicated that the entire Afghanistan intervention was a failure from the beginning, saying that “that outcome is the cumulative effect of twenty years, not twenty days.”

Defence Secretary Austin said, “We need to consider some uncomfortable truths that we didn’t fully comprehend” and expressed astonishment at the collapse of the US-supported Afghan army, saying, “The fact that the Afghan army, that we and our partners trained, simply melted away – in many cases without firing a shot – took us all by surprise and it would be dishonest to claim otherwise”. When the three appeared the next day before the House Armed Services Committee, Austin said, “We provided the Afghan military with the equipment and aircraft and the skills to use it” adding that, “But in the end, we couldn’t provide them with the will to win”.

America was defeated not only in Afghanistan but in Iraq also, and decided over a decade ago never to deploy its armies again within Muslim lands. But still the rulers of Muslim countries act as if they are weak and powerless in front of Western dictation. The Western powers are indeed formidable but they clearly do not have the capability to defeat Muslims on their own land. With Allah’s permission, the Muslim Ummah shall soon arise and overthrow the current agent ruling class and establish in its place the righteous Islamic Khilafah (Caliphate) State on the method of the Prophet (saw) that shall unify all Muslim lands, liberate occupied Muslim territories, implement the Islamic Shari’ah, restore the Islamic way of life and carry the light of Islam to the entire world.

This week parliamentary speaker Rached Ghannouchi defended the authority of the Tunisian legislative assembly after President Kais Saied partially suspended the constitution and proceeded with appointing a Prime Minister though presidential decree alone. Ghannouchi tweeted saying, “The office of the Assembly of the Representatives of the People is in permanent session”. Kais Saied had dismissed the previous prime minister two months ago and then announced the suspension of the assembly, for 30 days or “until the situation settles down”. In fact, Ghannouchi and Kais Saied are playing out a conflict that originates within the Western powers competing with each other for power and influence over Tunisia. Kais Saied has usurped power through the backing of the military which is still dominated by French influence, whereas the parliament is dominated by British influence and is the reason that Tunisia remained under British control for much of its post-independence period.

What has helped France to reassert itself is the entry of America into the region after its increasing strength in Libya. Muslims will not be free of the troubles that they face until they overthrow not only their agent rulers but also uproot the Western systems of government that are presented as ‘democratic’ but in fact are designed to safeguard the interests of powerful elites. Democracy is an idealistic fallacy that is not capable of practical implementation anywhere. Western countries are not ruled by their citizenry but by their elites, while the fable of democracy exists only as the modern-day opium of the masses, deceiving them into thinking that their rulers govern according to their wishes. Man is a created, manufactured being who will not find peace and tranquillity until he discards man-made laws and submits only to the law of the One who created him.

This week, Turkish President Recep Tayyip Erdogan, on his return from a meeting with Russian President Vladimir Putin, complained again about being removed from the American F-35 fighter jet production programme, saying, “We made a $1.4 billion payment, what will become of that?”. Erdogan added, “We did not – and do not – earn this money easily. Either they will give us our planes or they will give us the money.” America had removed Turkey from the programme after Erdogan proceeded with the acquisition of the Russian-made S-400 missile defence system two years ago, and reiterated that, “The S-400 process continues. There is no turning back.” In fact, it is America that has pushed Erdogan to collaborate with Putin in the service of multiple American objectives, including in Syria and Libya. Erdogan’s annoyance is only because of the personal treatment of him by the current American president, Joe Biden, who also omitted to meet with Erdogan during his recent New York visit to participate in the United National General Assembly summit. In comments to Turkish news media, Erdogan said, “In my 19-year-long life as a ruler as prime minister and president, the point we arrived in our relations with the U.S. is not good”, adding, “I have worked well with Bush junior, with Mr. Obama, with Mr. Trump, but I can’t say we have a good start with Mr. Biden”. However, in an interview with the New York Times, while in New York, Erdogan had said, “Turkey has long U.S. ties” and insisted that, “This will be reinforced and has to be protected”. The present class of Muslim rulers are simply not capable of thinking outside of the framework of Western imperialism. However, the Islamic Khilafah State shall, almost from its inception, become itself a great power, on par with the other powers in the world, due to its immense size, vast population, substantial resources, strategic location and Islamic ideology. Then the sincere rulers of the Muslim Ummah shall pursue a truly independent policy fully in accordance with Islam and the interests of the Muslim Ummah alone, and bringing peace, stability and prosperity to the entire of humankind.