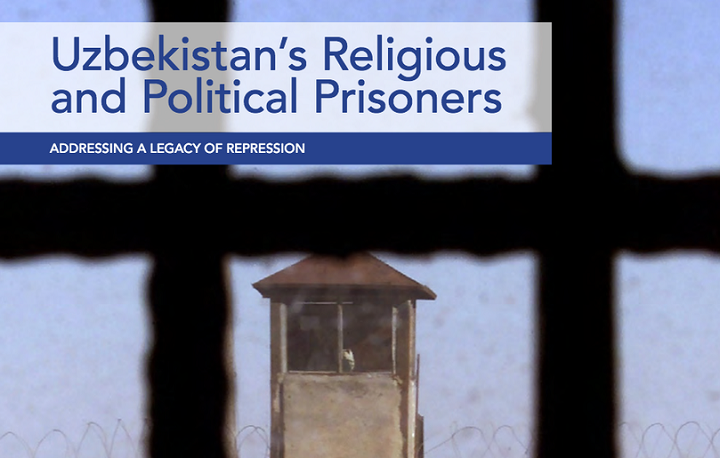 On October 14, 2021, IA Gazeta.Uz reported: “In Uzbekistan, there are more than 2,000 prisoners convicted for religious and political reasons. According to the US Commission on International Religious Freedom, this is more than all the former Soviet republics combined, and one of the highest rates in the world. The commission noted the successes of Uzbekistan, but they believe that the sphere needs reform.

The study was compiled on the basis of government data, interviews with officials, recently released prisoners, human rights defenders and relatives of current prisoners, as well as court documents.

The report says that despite the release of thousands of prisoners since the end of 2016 – when the country’s president was replaced – more than 2,000 people remain imprisoned “on vague and overly broadly interpreted charges,” such as attempting to overthrow the constitutional order, possession of prohibited literature, or membership in prohibited groups.”

Comment:
Truly, the tyrant Karimov’s regime was and remains one of the most brutal in the world! Even after the death of the tyrant Karimov, the regime, headed by Sh. Mirziyayev, continues to persecute the Muslims of the country. There are more than 2 thousand innocent Muslims in the country’s prisons. The country still has so-called “black lists”, in which the names of Muslims objectionable to the Tagut regime are recorded. Having arrested the father of the family, the Tagut regime does not calm down; family members, spouses, relatives and children are under pressure.

At the time of I. Karimov, the authorities imprisoned everyone who fell under suspicion of having links with Hizb ut Tahrir. There were also those who were planted with Hizb leaflets for the purpose of material gain. The police simply threw flyers to the unwanted person and imprisoned him, even non-practicing Muslims, after that, safely, took away his house, money, business, etc. And there were many of them.

After the death of the tyrant Karimov, the new President Sh. Mirziyayev announced an amnesty for the religious convicts. There are several categories of people on this list. Firstly, these were ordinary citizens who were imprisoned for the purpose of profit, from whom all their property was taken away. They were glad that they were released and thanked the president for the shown “mercy”. Secondly, they were those who had already served their prison terms. These are Muslims who have been repeatedly extending their prison terms because they did not renounce their beliefs and even in prisons continued to practice their religion, calling on others. They have already served 15-20 years and most of them are terminally ill. Therefore, the regime does not see them as a threat and wants to get rid of the statistics of deaths in prisons.

Those Muslims who are still in prisons have been in prison for more than 15-20 years. Indeed, they are like the Prophet Yusuf (as), who was in prison for a long time, trusted in Allah and even called his cellmates to Allah. These are sincere men of the Islamic Ummah, who hope for the mercy of Allah Almighty and await their decision from Allah. They continue to stand up for the truth and call on their cellmates to the truth, even if this is hateful to the criminal regime of Tagut in Uzbekistan. Therefore, they are not released.

And we pray to Allah that in the near future, with our hands, the regimes of tyrants will be destroyed and the prisoners of the Tagut regime in Uzbekistan and other parts of the world will be freed. Allah Almighty said in His Noble Book: