On Friday, October 15, 2021, Hizb ut Tahrir / Wilayah Tunisia organized stands after Friday prayers in Tunis and in the cities of Kairouan and Sfax to confront the secular absurdity and the political path that is tampering with the country. Slogans like “Neither Democracy Nor Dictatorship, But an Islamic Khilafah” were raised in the stands. Then speeches were made calling for the liberation of the country from Western hegemony and its local tools, and the rejection of secularism, with both parts, the parliamentary democratic system and the dictatorial presidential system, making Islam alone the basis of governance and the legislation to establish the second Khilafah Rashidah (Rightly-Guided Caliphate) on the method of the Prophethood.

The stands took place in front of the Al-Fath Mosque in Tunis, the Lakhmi Mosque in Sfax, and the Al-Ghufran and Al-Naqra mosques in Kairouan, after the ruling authority rejected a request to hold them in the squares and turned the municipal theater and Al-Thawra Street in the capital into a security barracks to prevent the influx of participants, and then sent a fleet of security vehicles to the Al-Fath Mosque to prevent people from gathering. Security officials circled the stand and isolated the entire perimeter of the mosque so that no one would approach the stand, however, the Head of the Media Office of Hizb ut Tahrir in Wilayah Tunisia, Dr. Al-Asaad Al-Ajili gave his speech.

Several arrests were also made among the Shabab of Hizb ut Tahrir in the city of Sfax, against the background of the stinging speech delivered by the Member Omar Al-Arabi in front of the crowds of the worshipers.

Also, following up on slanted media reports such as that of the Anatolia News Agency, shows that what Mosaique FM has done, and a number of audio and written media outlets have followed suit, is not professional in objectivity, but it is a new opportunity to lose what remains of its credibility.

A statement from member of the Media Office of Hizb ut Tahrir in Wilayah Tunisia, Ustaadh Khabib Karbaka, was made to this fabricated news. Excerpts include: in the face of this blatant confusion that is contrary to what is required by integrity and professional media honesty, I hereby state the following:

1. Hizb ut Tahrir calls for the abolition of the corrupt democratic system that is the cause of the political chaos in Tunisia, and calls for the resumption of Islamic life by restoring the rule of Islam.

2. The Caliphate that Boubaker bin Okasha (Tunisian journalist) is mocking is not an illusion, and it is not a form known to Islamic history over hundreds of years only. Rather, it is a legislative system established by a set of legal rulings deduced from the Book of Allah Almighty, from the Sunnah of the Messenger (saw), and from the consensus of the Companions, may Allah be pleased with them.

3. We call upon the media in our nation (Ummah) to act according to their religion and their belonging to their Ummah. The issue of the Caliphate is a media material of the highest rank in its subject and size because it is the issue of the entire Islamic Ummah and the focus of its attention and hope for salvation, and it is the issue of a political party that is Hizb ut Tahrir that filled the scope of the earth. Therefore Hizb ut Tahrir’s actions for its sake, and all campaigns of defamation, skepticism and blackout will not work with Hizb ut Tahrir. END. 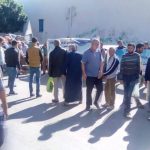 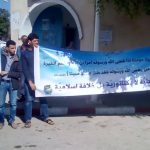 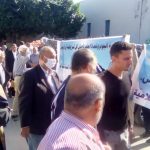 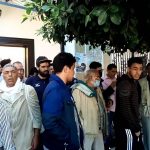 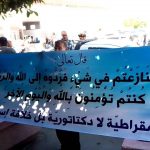 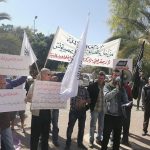 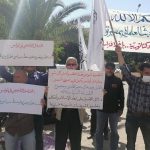