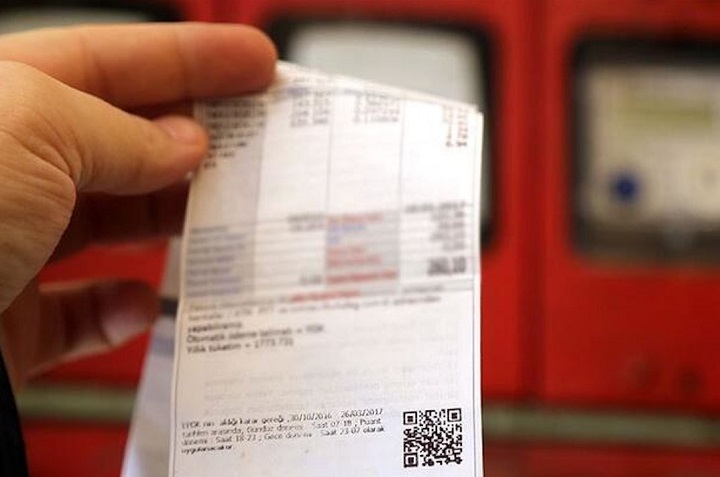 The Turkish Statistical Institute has shared its inflation numbers for April. According to the numbers of the institute, the consumer price index (CPI) increased by 69.97% year-on-year and 7.25% month-on-month. The Inflation Research Group (ENAG), which is composed of academics, announced that the inflation figure for April was more than double the figures of the institute and increased to 156 percent.

Comment:
The Turkish Statistical Institute (TUIK) again did what he used to do. Even though there is more than 100% of inflation with the energy and food sector, TUIK didn’t see the realities on the market and the bazaar. In fact, TUIK knows the real numbers but doesn’t announce them. How could they? They all know that if they do that, the head of the office will be fired.

In addition, the inflation rates announced by the TUIK are also a basic criterion for workers’ wages, civil servants’ salaries and pensions. So to speak, TUIK is determining the fate of all these segments. By showing low inflation rates, pensioners are taking on a role to raise civil servants and workers less. This means that the work effort of the public is exploited and robbed through statistics.

However, the Ruling authorities are constantly telling the lie that inflation will fall every time, as if they were mocking the public without any shame.

President Erdoğan said, “We know that inflation has become a serious burden on you, we see it. I repeat that you know my struggle with interest. We will reduce the interest, and we are trying to reduce it. Know that inflation will also come down, it will decline…” Shortly after his statement, inflation went up to 70 percent! However, Erdogan made this speech in January. At that time, inflation was 48.69%. And now it is about 70%.

Again, in the same way, we kept our promise on the minimum wage, which the ruling officials, especially the President, each time said, “We raised it to 4,250 Turkish liras. We have not crushed our people against inflation with the high rate increases we have made in the incomes of our employees, ranging from civil servants and pensions.” His statements have now lost their reliability.

Today, while the hunger limit in Turkey is 5323 and the poverty line is 17,340 TL, the people are oppressed every day in the face of high inflation, the cost of life, poverty have bent the people’s waist, how can it be argued that the citizen has not been oppressed in the face of inflation? People find it difficult to take even a piece of bread to their homes, while the authorities receive tens of billions of salaries from several places under the name of peace of mind. They condemned the people to poverty while they lived a life of gaiety themselves. They all talk but no action all the time. They have failed to find solutions to economic crises. Other opposition parties, especially the Republican Party, have taken a back seat to the people and exploited the people’s feelings just to corner the government and win the 2023 elections, and they still continue to do so. The opposition parties could not even come up with a single solution to end the economic crisis.

The rulers at the head of the capitalist system have failed to meet even the most basic needs of the people. They don’t have a single word to say to the public about it. In fact, managers do not have any problems such as finding a cure for poverty and unemployment. And they’ve never had any such problems. All they cared about was protecting status. The search for solutions to economic and other social crises, especially in this secular, democratic capitalist system that generates crises, is like a mirage in the dessert. You think you find water every time, but it’s in vain.

Therefore, the solution to economic crises and poverty is to implement the economic system of Islam holistically which has been revealed by Allah (swt).