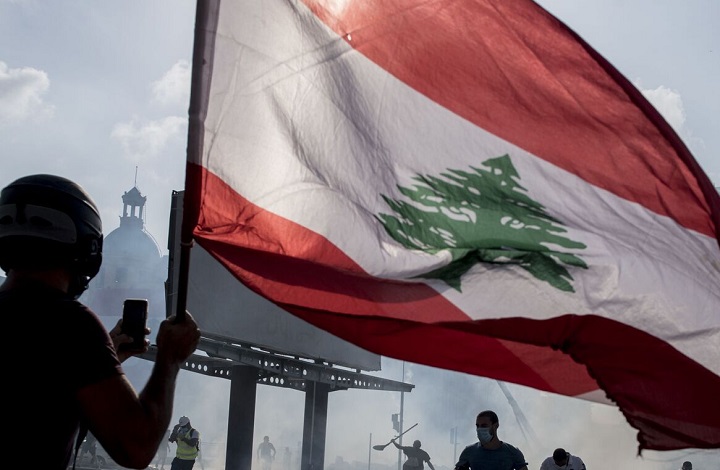 In recent days, there has been extensive talk by some Muslims about a vital issue in Lebanon. It is the issue of the parliamentary elections, which is near approaching, and are scheduled to take place in Lebanon on 15/5/2022. Due to the numerous opinions regarding it, we are concerned with showing the Shariah ruling that we view as the obligatory position that Muslims must adhere to, especially those involved in Islamic work. In order to give the Shariah ruling, it is necessary to understand the reality that requires a ruling to be extracted for, this is known as Tahqeeq Al-Manat. The reality here or the Manat is the Parliament or the Legislative Council in the Lebanese state, and the nature, tasks and powers of its members, who are the representatives.

The reality of the Lebanese state is that it is based on democracy, i.e. on the idea of ​​sovereignty for the people. Hence the idea of ​​the parliament or the legislature. The reality of the parliament, called the legislative authority, is that it is the one that approves the constitution in force in the country, and it is the one that enacts the laws that are obligated on the executive and judicial authorities, meaning that one of the most important features of the council is this right to approve the constitution and laws. This is in addition to other powers, which are: the right to elect the President of the Republic, the right to grant or withhold confidence from the government, and the right to monitor the executive authority and hold it accountable for any action it implements or takes. As for the representative, he represents people in expressing their opinion. In this respect, he is their representative (delegate). Hence, it is clear that the Legislative Council is based on man-made law, and the representative represents those who nominated him and voted for him. His job is to legislate, elect, and account on the basis of man-made laws, and on the basis of the sovereignty for the people, this is the reality of governance or its Manat. So we say:

If a Muslim enters the parliament approving of this non-Islamic system, which makes sovereignty for the people, and not for the Shariah law, then he is undoubtedly sinning, he and whoever nominated him and voted for him, because no one has the right to share with Allah (swt) the legislation, Allah (swt) says:

If a Muslim who nominates or votes knows that his representative will choose legislation or a man-made law or votes in its favour, then the Muslim representative is sinning, himself and whoever voted or nominated him, while knowing this about him, Allah (swt) says:

“And whoever does not judge by what Allah has revealed – then it is those who are the defiantly disobedient” [Al-Ma’ida: 47].

This is in addition to the fact that it is not permissible in the first place to delegate for an act that is forbidden by Shariah.

The parliament is the one with the right to elect the president of the country, and since the president of the republic in Lebanon is not a Muslim, in addition to his ruling by the man-made constitution and laws, that is, other than what Allah has revealed, the Muslim representative who elects the president of the republic in this case is a sinner, and the one who voted for the representative – accepting this condition – is a sinner as well. The sin comes from two aspects: the first is that a non-Muslim will look after his affairs and that he is content that he is his ruler, Allah (swt) says:

“O you who have believed, do not take the Jews and the Christians as allies. They are [in fact] allies of one another. And whoever is an ally to them among you – then indeed, he is [one] of them. Indeed, Allah guides not the wrongdoing people” [Al-Ma’ida: 51].

And the second aspect is that he was content to be ruled by other than what Allah (swt) has revealed, i.e., disbelief.

The Parliament is the one that has the right to grant confidence to the government, making it a legal government. If the Muslim representative gives his confidence to any government, he is a sinner, and he and whoever voted for him will also be sinners, if they accept this situation, because he gave confidence to a government based on a man-made constitution and thus ruled by kufr.

Above all this, the proportional electoral law does not allow anyone to run as an independent candidate to announce a program that refuses to implement these actions. Rather, the law obligates the formation of lists in which the Muslim representative is forced to ally with non-Muslims, or with secular Muslims, or deviants, and to establish programs that go along and fits the list! Which undoubtedly is not based on Islam, neither from near nor from afar! It is forbidden on top of the forbidden. Those who vote are also forced to choose the entire list, because cross-out is prohibited! Consequently, he is forced to choose non-Muslim, secular, or perverted representatives, and it goes without saying: These people will rule by other than what Allah (swt) has revealed, this is in addition to his acceptance of this sinful alliance and advertising for it! Those who protested with the issue of the preferential voice saw with their own eyes that it does not eliminate this phenomenon, using it as a pretext is a weak argument that will not relieve people of sin. In addition to that, the calamity of getting close to or entering into lists of influential people in power, which is a sin and is not permissible, for Allah (swt) says:

Based on this aspect, whoever wants to do that in his capacity as a representative, it is not permissible for him to run for office or work, and he is a sinner, and it is not permissible to vote for him, and whoever does that is a clear sinner, there is no doubt or a difference over this. To dispute this is being arrogant against the truth. Those who are arrogant will sit the furthest away from the Messenger (saw) on the Day of Resurrection, according to what Al-Tirmidhi narrated and said: Hadith Hasan, the Messenger of Allah (saw), said: «… وإِنَّ أَبْغَضَكُم إِليَّ وَأَبْعَدَكُم مِنِّي يومَ الْقِيامةِ: الثَّرْثَارُونَ، والمُتَشَدِّقُونَ، وَالمُتَفَيْهِقُونَ»، قالوا: يَا رسول اللَّه، قَدْ عَلِمْنَا الثَّرْثَارُونَ، وَالمُتَشَدِّقُونَ، فَمَا المُتَفَيْهِقُونَ؟ قال: «المُتَكَبِّرونَ»“And indeed, the most disliked among you to me, and the one sitting furthest from me on the Day of Judgement are the Thartharun, [pompous], and the Mutashaddiqun [garrulous] and the Muthafaihiqun.” They said: “O Messenger of Allah! We know about the Thartharun, and the Mutashaddiqun, but what about the Muthafaihiqun?”‘ He said: “The arrogant.”

May Allah (swt) protect us and you from being one of them or similar to them.

Those who direct Muslims to participate in the elections may be confused, they adapt to reality, without being bound by the conditions imposed by Islam (that the Muslim candidate does not recognize this system, does not participate in legislation, is not held accountable on the basis of man-made law, and does not give confidence at all to any presidency or government that takes this man-made law as its basis). They are confused, using the pretext of choosing the worse instead of the worst, and committing the minor evil in exchange for the greater evil on the basis of the lesser of two evils and the lesser of two harms rules, and this is a mistake, because these rules do not apply here. This is because the act of belonging to a parliament, with its reality that we explained, is a forbidden affiliation in itself, it makes no difference whether the action is by a pious or an immoral person. There is no evil lesser than evil and no harm less than harm in this matter. Rather, the matter is a single act, but acts that are prohibited by themselves, and their gravity are not reduced if undertaken by a pious person. Transporting alcohol by someone who is pious, for example, does not reduce the prohibition of transporting it, since whoever transports it is bound by the rules of Islam. Rather, the sin of someone who does that knowing that it is forbidden is greater in the sight of Allah, Allah (swt) says:

“Great is hatred in the sight of Allah that you say what you do not do” [As-Saff: 3].

O Muslims in general, and the Sheikhs and Khatibs in particular: Declare your non-acceptance of elections that contradict the Law of your Lord. Ask your candidates to declare their non-acceptance of this system and its laws that contradict Islam. Ask them to break up every alliance that does not represent you as Muslims who make up the majority of the people of the country. Take a step forward and make the election results lose their charter by announcing your exit from them. The drop in the voter turnout has important political implications, the most important of which is showing the weak representation of those who took power. So, protect yourselves and your family from falling into the sin of participating in this corrupt subordinate system.

The basic principle is that we work to radically change reality, and not try to coexist with it, or find patches for it that prolong its life. Radical change is possible, especially in the land of Rabat in which we live, the blessed land of Ash-Sham, the abode of Islam. However, the fatwas of adapting to the corrupt reality, with claims of interest and necessity, and patching this reality by participating in it! It is what distracts Muslims from the serious work of radical change, and it is one of the pillars of the continuation of this bad reality. The strength of Muslims does not come from the arrival of a representative to Parliament, or by the behaviour of perverted or forbidden methods, but rather by the return of Muslims to the path of righteousness by adhering to Islam, and the establishment of the Islamic state, the second Khilafah Rashidah (rightly-guided Caliphate) on the method of the Prophethood according to the Shariah methodology stipulated by the Messenger of Allah (saw).