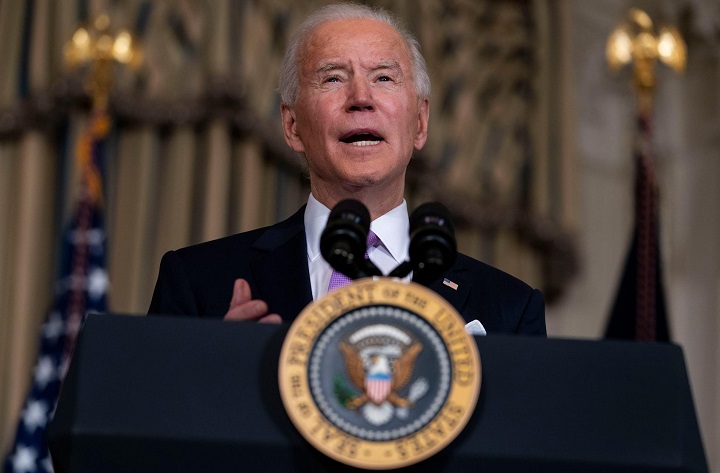 The American President described the allegations of the events that took place during the Ottoman State in 1915 as genocide. The arrogant statement full of lies, issued by the White House on Saturday 24/4/2021, stated the following: “Each year on this day, we remember the lives of all those who died in the Ottoman-era Armenian genocide and recommit ourselves to preventing such an atrocity from ever again occurring.” Whereas it was known a few days ago that Biden would make such a statement. The Turkish state did not move a finger, and only expressed its strong condemnation of Biden’s statement: “We reject and denounce in the strongest terms the statement of the President of the US regarding the events of 1915 made under the pressure of radical Armenian circles and anti-Turkey groups on 24 April,” the ministry said in a statement.

We, in Hizb ut Tahrir / Wilayah of Turkey, want to inform the public opinion of the following matters related to these statements:

1- The rulers and administrators in Turkey may be surprised by Biden’s statements, but we were not surprised by them. Previously in 2019 the US Congress accepted a resolution describing the events of 1915 as genocide. The past American presidents called it a genocide or a great catastrophe. Russia recognized the description of the Armenian “genocide” and declared in 1995 that April 24 as the day of commemoration of this genocide. Italy approved and recognized this bill in 2000 during Berlusconi’s term, a close friend of Erdogan. Also Venezuela, Maduro’s country, accepted it, he who was also declared a hero in Turkey accepted the allegations of the Armenian genocide in 2005. It is not necessary to mention Germany, France, The Netherlands, Belgium and other European countries. Thus, the United States and the colonial countries regurgitate their grudges against the Ottoman Caliphate and Islam every April 24th through the lie of “genocide”. They try to question the glorious history of Islam in order to cover up their bloody history.

2- This arrogant statement from the White House is unacceptable in any way. However, it is absolutely unacceptable to issue a statement of condemnation by the Ministry of Foreign Affairs at a time when the Presidency must issue a counter-statement on the basis of reciprocity. Likewise, the United States should be reminded of the genocide and massacres in Iraq, Afghanistan and Syria, not condemning only its arrogance and bullying. Moreover, the US Incirlik Base in Adana, which was used as its headquarters for its operations during these campaigns, must be closed, the US ambassador to Ankara should be expelled from Turkey immediately, and the Turkish ambassador to Washington should be summoned immediately to Ankara. But instead of doing all of that, Erdogan wrote a letter to the Armenian Patriarch of Turkey Sahak Mashalian right before Biden’s announcement, that he respects the Armenians who lost their lives in World War I, and he shared with them the pain of their relatives, and conveyed their love to Mashalian. Thus, what encourages the United States to crush and humiliate Turkey’s foreign policy, is the cowardice of the rulers, the leaders’ love of their chairs, and the concern for their future.

3- The position of some parties and circles who publish statements about the so-called “genocide” and support this lie is worse than that of the government. If this government, impregnated the United States, hopes to get help from the Biden administration to remain in power for another term, then these circles are flirting with the Biden administration. It is for this reason that none of them can put an end to the American arrogance and that of its presidents. The only power capable of doing that is the Khilafah Rashidah (the rightly guided Caliphate) state on the method of the Prophethood that will be established soon, by Allah’s permission.