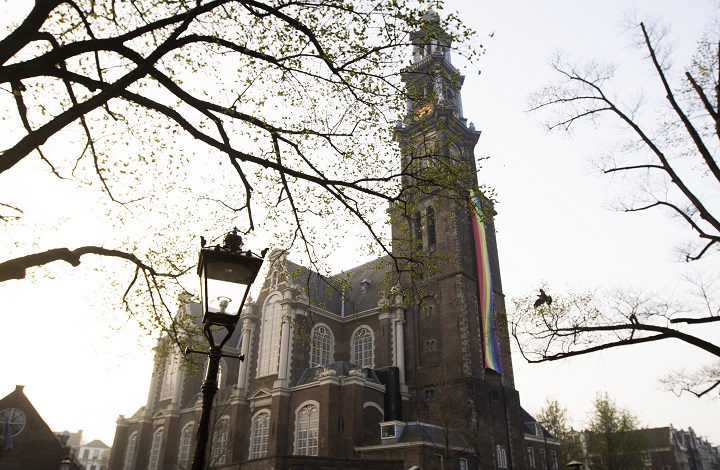 The Dutch Senate has approved an initiative to amend Article 1 of The Netherlands Constitution to explicitly mention discrimination on the grounds of disability or sexual orientation. Interest groups have called this a historical victory for the LGBTIQ+ community. Article 1 of the Constitution currently states that “discrimination on the grounds of religion, conviction, political […] Anadolu agency reported that Thailand has appointed the first Muslim woman governor, as a sign of “improvement of Muslim women in politics,” according to observers. Pateemoh Sadeeyamu, 57, has been appointed as the new governor of southern Pattani province. Before setting the context of this article, two terminologies need to be defined, namely, “Individual Reform” and “Revival of the Ummah”. “Individual Reform” refers to the change in the Individual components related to Individual Ibadaat (worships) like Salah (prayer), Sawm (fasting), etc. It also includes other individualistic actions like Mu’amalat (relations/transactions), Akhlaq (ethics) and actions […] 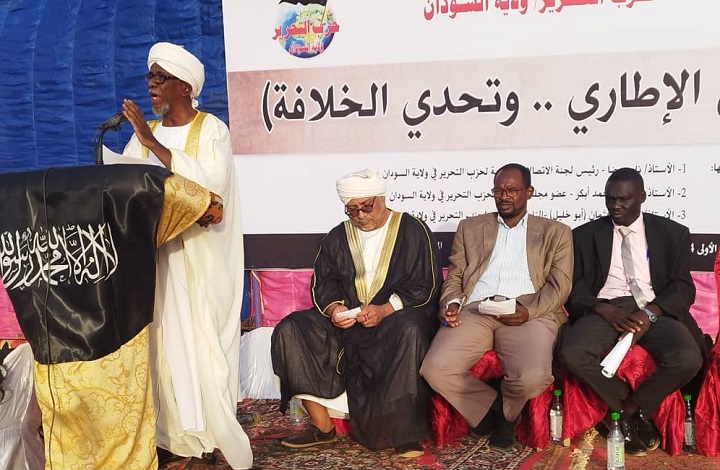 Praise be to Allah who sent His Messenger with guidance and the religion of truth to make it prevail over all religion even if the polytheists hate it, and prayers and peace be upon the envoy as a mercy to the worlds, who established the first state of Islam, implementing the provisions of the Lord […] 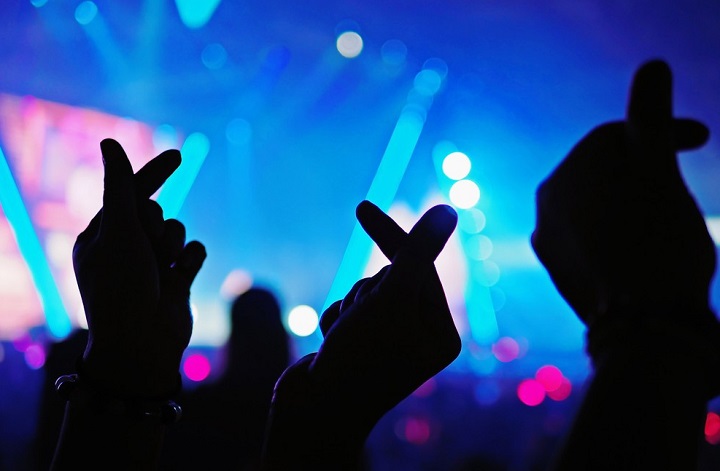 Early December 2022, The Diplomat published an article about the dark side of K-Pop; that beneath the glittering surface image of K-pop idols lies the Dorian Grey-like heart of an industry that abuses and discards its trainees and stars. While the K-Wave draws attention to South Korea and offers a global position of cultural influence, […] 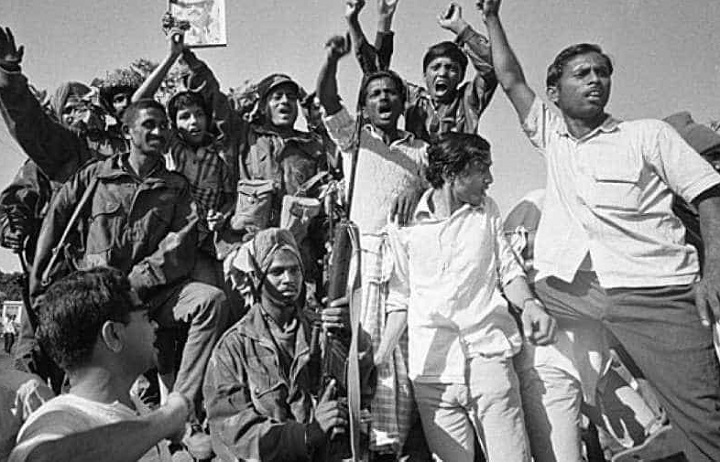 During these days, in 1971, Pakistan was divided into two parts, the first was called Pakistan, whilst the other, Bangladesh, after they had been tied as one entity for many centuries. This division was implemented according to the painful British plan, which desired the division of the Indian Subcontinent into many states, so that Britain […] 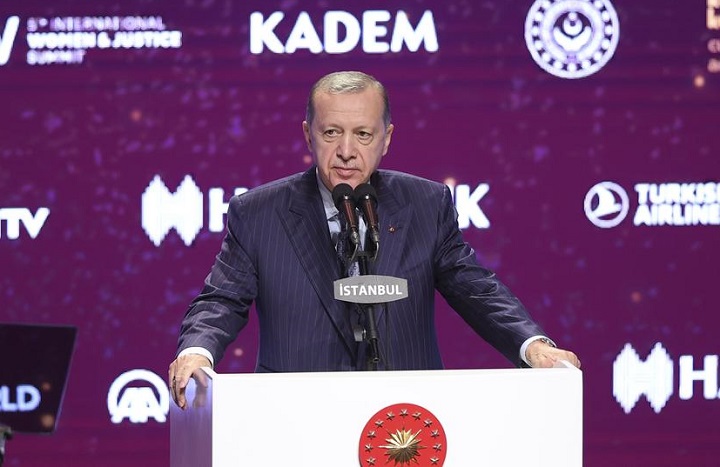 On November 4-5, 2022 in Istanbul, the “5th International Women and Justice Summit” was held, with the opening speech by President Recep Tayyip Erdogan. It was organised by the women’s advocacy group, the Women and Democracy Association (KADEM) together with the Family and Social Services Ministry. The final declaration of the summit emphasized the necessity […] 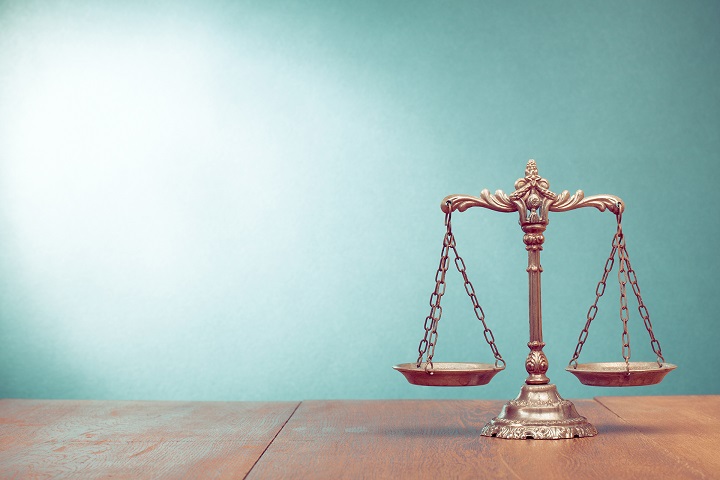 Question: Assalamu Alaikum wa Rahmatullah wa Barakatahu, Dear Sheikh, I have a question that I hope you can answer: Isn’t there a contradiction between what the Messenger (saw) said when he was asked about the sons of the apostate… He said, “They are in fire.” In another narration, he said (saw), they and their family […] On Friday September 16, after the Friday prayers at Ankara Hajibayram and Istanbul Fatih Mosques, the inhumane atrocities committed by the Infidel Chinese to the Muslim Uighur People in East Turkestan were protested by a press release made by Koklu Degisim along with the intense participation of Muslims. (Journal of Radical Change, Haksöz Haber, Akit […] GENEVA (22 September 2022) – UN experts today strongly condemned the death of 22-year-old Mahsa Amini, who died in police custody after her arrest for allegedly failing to comply with Iran’s strict rules on women’s dress by wearing an “improper hijab”. (Source: ohchr.org) 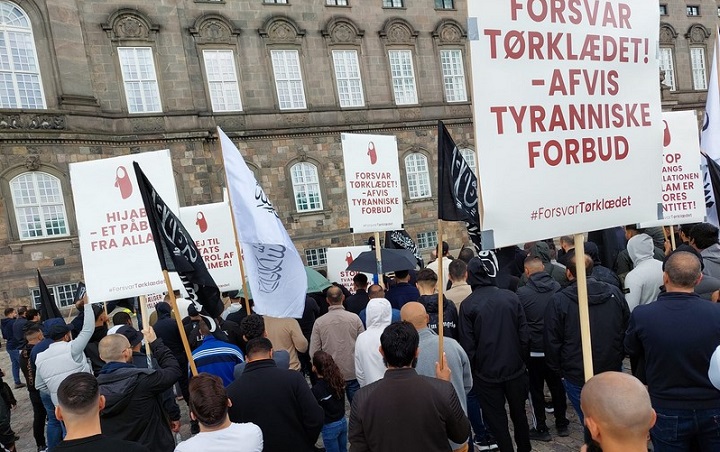 Antony Blinken, the US Secretary of State, along with Rina Amiri, US Special Envoy on Human and Women Rights, launched the U.S.-Afghan Consultative Mechanism on July 28th – a move that will enable American authorities to coordinate further with Afghan women and civil society. Blinken stated in his address that: “What we want to do […] Despite the closure of roads and bridges, and the heavy deployment of soldiers in the capital, Khartoum, with extensive details, effective treatments, and an informed view of the events, the Media Office of Hizb ut Tahrir in Wilayah of Sudan held the monthly Ummah Issues Forum on Saturday, 2/7/2022, entitled: “The Omens of the Collapse […] “Let religion be my business with my God” or “talk about Islam is only in the Masjid.” We often hear words like this in public spaces, even by a Muslim. Secularism and Liberalism have become chronic diseases that infect Muslim communities especially when they manage their affairs in public. They are even willing to be […] The secularists in Bangladesh have stirred a huge outcry over the alleged harassment of a female college teacher in Dhaka by a policeman for wearing a “teep” (bindi – a red dot worn on the forehead) while she was going to the campus on Saturday (April 2, 2022) morning. The secular media, in their typical […] Allah (swt) says in His Noble Book: [قُلْ إِنْ كُنْتُمْ تُحِبُّونَ اللَّهَ فَاتَّبِعُونِي يُحْبِبْكُمُ اللَّهُ وَيَغْفِرْ لَكُمْ ذُنُوبَكُمْ وَاللَّهُ غَفُورٌ رَحِيمٌ] “Say, [O Muhammad], “If you should love Allah, then follow me, [so] Allah will love you and forgive you your sins. And Allah is Forgiving and Merciful.” [Aal-i-Imran: 31] .