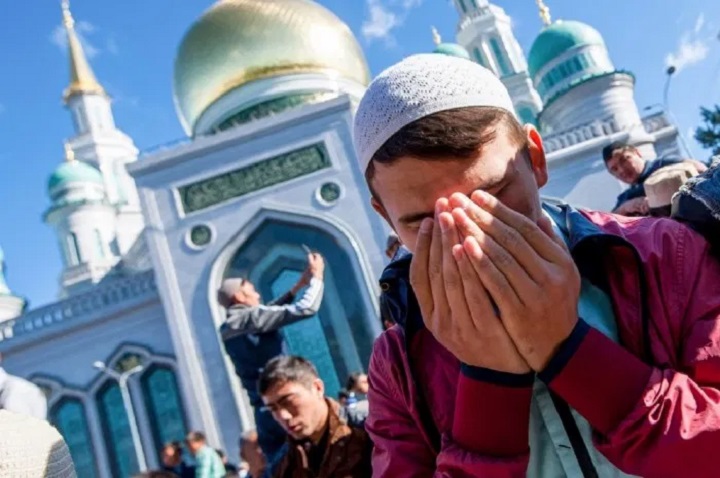 On April 26, 2021, the Uzbek service Radio Free reported that Shaukat Mirziyev’s government was facing the problem of maintaining a balance between control over religious freedom and openness. It was stated in Agnieszka Pikulicka’s article, since Shavkat Mirziyoyev came to power in 2016, the country has undergone political changes. New voices appeared on previously banned internet platforms. Today, God-fearing Muslims who survived the persecution that lasted for many years under the previous regime can openly discuss matters of their religion. Piety appears to be on the rise in the country. Political changes have also provided commentators with an atmosphere to interpret Islam strictly and with definite evidences. Some are calling for making the veil compulsory and applying Islamic law and banning secular holidays such as Navruz (Nowruz), which is celebrated in early spring.

Indeed, Islamic sentiment is on the rise in Uzbekistan, especially in the Uzbek part of the Internet. By the grace of Allah (swt) the aspirations of Uzbek-speaking Muslims to Islam are increasing. In the history of our country, and even during the era of the atheist communist government, Muslims did not abandon their religion. At that time, our Muslim ancestors (our grandparents and fathers) tried to teach their children the Qur’an and Sunnah, albeit in secret! Although they were influenced by some socialist ideas, they did not abandon Islam and did not accept those socialist ideas as a belief.

Therefore, the Karimov regime, which came after the collapse of the Soviet Union and did not lag behind in its suppression, also failed to alienate Muslims from the religion, but rather made them more committed to their religion. Now, Muslims are growing and developing in thinking and realising that the implementation of the Islamic system is the only correct solution to all problems.

Yes, Islam is a religion, the greater the pressure and persecution against it, the greater the aspiration for it, and the greater the oppression, the stronger the faith, even if it is left alone, the more aspiration for it increases. Because the Muslim always aspires to live an Islamic life, and his love for Islam and his belief in it as a true religion drives him to that, and he will not accept a lifestyle that is contrary to Islam. This is precisely what disturbed the peace of mind of the enemies of Islam and Muslims and deprived them of sleep, for they lose when Islam is prevented and even if it is granted freedom. And how beautiful this blessing of Allah Almighty is, which leads to happiness, and in fact is the source of happiness itself. And trying to extinguish the word of Allah (swt) is like trying to cover the sun with a sieve, and it is true what Allah (swt) says:

“They wish to extinguish Allah’s light with their mouths, but Allah will only allow His light to be perfected even to the dismay of the disbelievers.” [At-Tawba: 32].