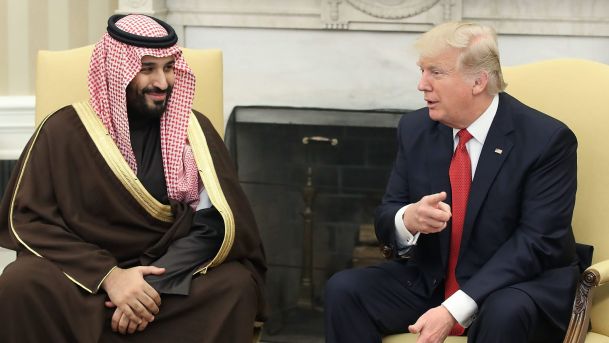 He has even Stripped them of the Mulberry Leaf that Covered their Nakedness!

Trump announced tonight 6-7/12/2017 that Al-Quds (Jerusalem) is the capital of a Jewish state: “In a letter from the White House on Wednesday, the US President Donald Trump acknowledged Jerusalem as the capital of “Israel” and ordered the State Department to prepare for the transfer of the embassy from Tel Aviv to Jerusalem, and the start of the contract with the architects … Trump added: “While previous presidents have made this a major campaign promise, they failed to deliver. Today, I am delivering…” (alarabiya.net 6/12/2017) Strangely enough, before this announcement, many rulers of Islamic countries, who blustered over Al-Quds and Masjid al-Aqsa, such as Salman, Abbas, Abdullah, as-Sisi, and (Muhammad) VI, were informed by Trump that he will announce his recognition in his speech after some hours… yet despite all this, they maintained the stony silence of the people of the graves, or even that is too much!

Indeed, Trump the foolish tyrant has delivered, the enemy of Islam and Muslims; he has fulfilled his promise to the Jewish entity. Indeed disbelief is one milah (religion), and it is not surprising that the disbelievers stand united. However, the strange thing is that the rulers in the Muslim countries will follow them without being bothered that they will become one of them. Allah (swt) said,

America recognized the Jewish state in 1948 and supported it after that, the rulers were silent, and even befriended America! They were disgraced and cloaked in humiliation.

The Jewish entity continued the occupation of the rest of Palestine and the rest of its Al-Quds in 1967, they were also supported by America in this occupation, whilst the rulers were silent, and even took America as a loyal friend and made it the mediator of the solution with the Jewish entity.  They were disgraced and cloaked in humiliation.

They were misleading, deceiving and misguiding that America would pressure the Jewish state to give them something to establish a state on, even if it demilitarized, and East Jerusalem would be their capital … Thus they became lowly by deceiving. Indeed, they did not deceive any but themselves, lacking sight and foresight…. They were disgraced and cloaked in humiliation.

And now America, Trump’s tongue declares its recognition that Jerusalem, which is the land of Isra and Mi’raj, the first Qibla of the Muslims, and where the third of the three mosques that Muslims travel to, declares its east and west as the capital of the Jewish entity… Trump contacted these rulers before the declaration without giving any weight, or thought to their rhetoric that they value Jerusalem. He phoned them before his declaration, and to add to the abasement and humiliation, in his recognition speech he announced that he will send the vice president to exchange smiles with those rulers. “Trump announced that his vice president, Mike Pence, will arrive in the Middle East in the coming days…” (alarabiya.net 6/12/2017). And so it is true when it is said: “Whomsoever it is easy to humiliate… what is injury after the death of pain itself.”

“Fight them; Allah will punish them by your hands and will disgrace them and give you victory over them and satisfy the breasts of a believing people”

Does the rescue of Palestine not lie in adopting an actual state of war with the states that support the Jewish entity? Is it not the command of Allah, the Exalted, the Wise, to expel those who occupied the land of Islam and expelled its people from it?

“…and expel them from wherever they have expelled you”

Is this not the command of Allah on the countries that support the Jews who occupied the land of Islam and drove its people from it?

“Allah only forbids you from those who fight you because of religion and expel you from your homes and aid in your expulsion – [forbids] that you make allies of them. And whoever makes allies of them, then it is those who are the wrongdoers”

Is this not the Truth that is perceived by everyone who has a heart or hears and is witness?

Trump has exposed the rulers; he took away the last mulberry leaf covering their nakedness with their silence over his evil speech. So how can these rulers have any remaining authority over the Muslim countries? Let the armies mobilize and trample over those Ruwaybidha (incompetent rulers) with their feet if they neither mobilize to fight the occupying enemies of the Blessed Land nor adopt an actual state of war with those countries that support that entity… It should be the priority for the Muslims and their armies to overthrow these rulers and establish the state of Islam: the Khilafah Rashidah (Rightly Guided Caliphate). Thus the disbelieving colonizers will neither dare to set foot on any part of the Muslim lands nor inflict any harm upon them, let alone the monstrous Jewish entity which has been struck with humiliation and disgrace, for Allah (swt) said,

“And if they fight you, they will show you their backs; then they will not be aided”

Hizb ut Tahrir, the principled guide that does not lie to its people warns you of remaining silent about the crimes of the rulers and their betrayals, and warns you not to be deceived by their misleading and their lies after this day. And know that the consequences of this silence will not stop at the loss of Palestine but beyond Palestine. There is no excuse left, or even the semblance of an excuse for those to obey the orders of the worthless traitor rulers, who prevent them from removing the Jewish entity and returning the Blessed Land to the Abode of Islam. Obedience to them in this situation will bring upon you the disgrace of this world and the torment of the Hereafter.  And you will not benefit of the saying of some of your colleagues that they only obeyed their dignitaries, for the consequence of that misguided statement is only evil outcome, for Allah (swt) said,

“And they will say, “Our Lord, indeed we obeyed our masters and our dignitaries, and they led us astray from the [right] way”

Indeed, the obedience of these foolish rulers leads to misguidance and disgrace in this world and excruciating suffering in the Hereafter. These are the rulers that are intent on lies, treachery, and misguidance and misleading. On the authority of Jabir ibn ‘Abd-Allah, the Prophet (saaw) said to Ka’ab ibn Ujrah,

“That the Prophet ﷺ said to Ka’b bin U’jza: “I seek refugee from Allah (swt) for you from the leadership of Sufahaa.” He said: and what is the rule of the foolish? He said: There will come after me rulers who do not follow my guidance and Sunnah: whoever confirms their lies and assists them in their oppression is not of me, nor I of him, and shall not meet me at my watering place in Paradise. And whoever does not confirm their lies and does not assist them in their oppression is of me, and I am of him, and shall meet me at my watering place in Paradise.” (Ahmad)

So O Muslims work hard to remove their authority, and establish the authority of Islam, you will gain the victory of both abodes, this life and the Hereafter, for Allah (swt) said,

“And that day the believers will rejoice * In the victory of Allah. He gives victory to whom He wills, and He is the Exalted in Might, the Merciful”