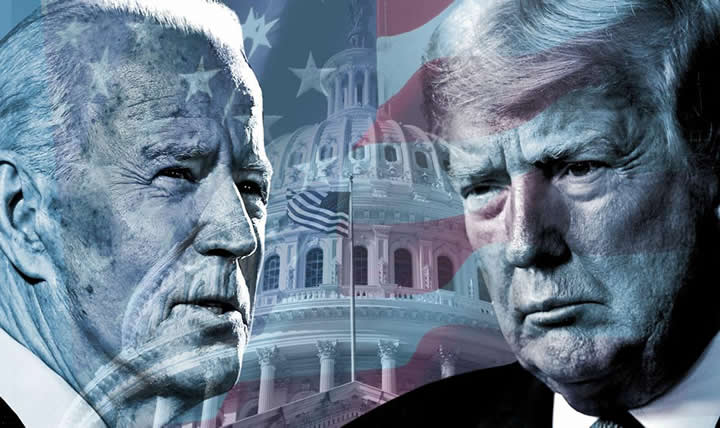 The last year has made one thing very clear- Capitalism and Democracy are delusions, which have failed the world. The Capitalist system, which values profit over its citizens’ well-being has created a situation where the healthcare systems, among other things, were unable to care for the population. Unemployment increased, the inequality between the classes rose, and the education system faced numerous problems; all of which have yet to be addressed correctly.

Amidst all these problem, the US elections took place. Normally domestic elections wouldn’t have much significance. But US election updates were followed by everyone across the world. The reason for this is simple- the USA is a leader in the international community. As such, the state’s policies are of interest to states across the world, especially at a time when there’s so much uncertainty about the future.

We all know the results of the recent elections- Joe Biden won the Electoral College and the popular vote, which means he will be the next President of the USA.

This news was welcomed across the world, with headlines suggesting that the USA will be able to retake its place as the global leader.

These headlines give us two points of thought:

1) Did the USA ever really give up its role as a global leader?

2) Will Joe Biden’s inauguration and subsequent presidency really mean that the USA will suddenly become a worthy global leader?

The answer to both questions is no. America has maintained its role in as a global leader throughout the last 4 years and it will continue to cling to that leadership role now.

Do not make the mistake of looking at Trump vs Biden, or rather the Republican vs the Democrats, and presuming that the winner will bring about any real change. We shouldn’t be debating whether either one will turn the USA into a suitable global leader. The USA came out of isolation in the 1940’s; it became the sole global leader after the Cold War, and while there are other states rising in power, the USA maintains its influence over the international system. Its track record has been abysmal- and it will remain that way, no matter who is at the helm.

Ignoring this fact, as well as the fact that no matter who the leader is, they will be working to protect the same secular Capitalist system- that’s naive and means that we are completely disregarding all the facts that lurk below the news reports and headlines.

At the end of the day they are both capitalist – interests of the rich, exploitation of the poor, and violation of everyone’s right are an inevitable part of the system that are propagated by them. Biden wrote that as president, he would focus on national issues first. His methods may differ from Trump but his goals will not.

The question that arises from this discussion is this:

What makes a global leadership worthy of our allegiance? To understand this we shouldn’t evaluate the person and his political party, but we should evaluate the ideas which they offer as a solution to the many problems of humankind. This makes the discussion an ideological one.

The world has three ideologies: Communism, Capitalism and Islam. Communism failed in its attempts to become a global leader. Even China that claims to follow a domestic Communist policy has adopted Capitalist values, and therefore given allegiance to the Capitalist ideology.

America implements Capitalism, and this is what they offer as the basis of their leadership, ideas which stem from the Capitalist ideology. It acts as its protector and propagator and every state in the world has given its allegiance to it. The evidence of its failure is clear- hypocrisy, wars and exploitation are a dominant part of its system. The promises of equality, of the so-called human rights and ‘freedoms’ have proved to be false. The economic system is unstable, the social system has bred conflict and the political system blatantly sets aside its duty to protect and care for its citizens when it suits them. As such, Capitalism has failed, and is failing, us in its role as a global leader.

That leaves us with Islam. We discuss the possibility of Islam bringing change to the future. What we can’t forget is that it brought change in the past too. For centuries it fulfilled its role as a worthy global leader, with the Islamic State protecting both its Muslim and non-Muslim citizens. At a time when the Europeans were experiencing the ‘Dark Ages’, the Islamic State was flourishing in everything from politics, to economics to science.

Islam created, and will create, a reality where society can flourish. In Islam, Quran and Sunnah are the basis of our decision making, and citizens’ wellbeing were prioritized above economic benefits. This approach differs from Capitalism, where economic benefits are prioritized above all else. As an example, private companies wouldn’t be able to extort the people and benefit from the people’s hardship. In fact, the public property that these multinational companies covet would be used to provide facilities to the people – healthcare, education, protection. This will create a situation where society flourishes and Islam resumes its place as a global leader, as it was in history, so that it can bring protection and prosperity back to the world.

“With it Allah guides those who follow [the course of] His pleasure to the ways of peace, and brings them out from darkness into light by His will, and guides them to a straight path.” [Quran 5:16]