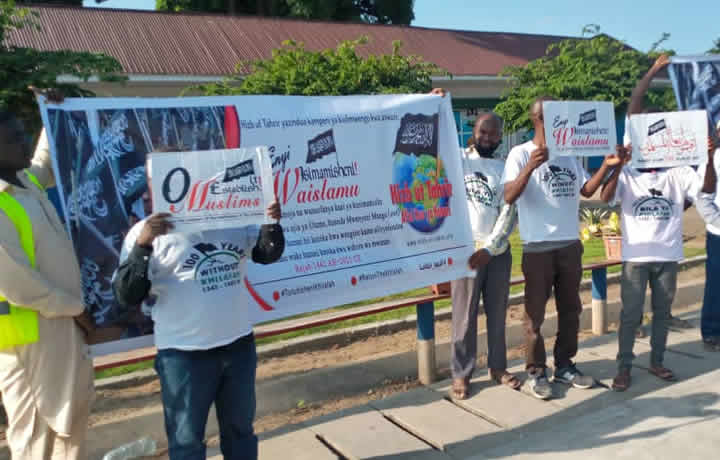 With the guidance of the Ameer of Hizb ut Tahrir, Eminent Scholar Ata Bin Khalil Abu al-Rashtah, may Allah protect him and take care of him and send victory at his hands, following ongoing campaign of the painful centenary of the demolition of the Khilafah (Caliphate) on 28 Rajab 1342 AH, Hizb ut Tahrir / Tanzania in the third week of Rajab conducted various activities and events focusing of the theme and thoughts of third week as follows:

Three visits were made all in Dar es Salaam

Also on 19 and 20 Rajab 1442 AH, Members of Media Office of Hizb ut Tahrir in Kenya visited some journalists working with Islamic newspapers, TV and radio.

We pray to Allah Taala for His Tawfiq on these activities and others that will be conducted throughout this noble month of Rajab, and in Him we trust for His Nusra of the reestablishment of Second Khilafah Rashidah (Rightly Guided Caliphate). Amin