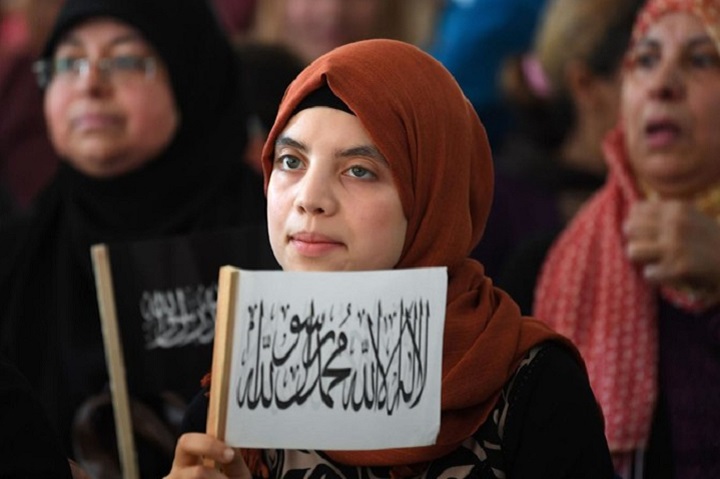 Tunisia is witnessing crisis situations at all levels, at the forefront of which is the political situation, which is the reason for the suffering of our people today in Tunisia. Successive governments and a class of pseudo-politicians, male and female politicians who do not have a clear vision or program for change, their goal is to deceive and manipulate the people and to entrench the ideas of the West in them. It is no longer hidden from anyone that they harbor their hatred for everything that stems from our Islamic heritage, claiming that this is the prevailing thought, while they are a minority who do not represent the general public and do not express their viewpoint on life. So they established suspicious organizations and associations of Western thinking, especially feminist ones, with the aim of:

• The exhaustion of women and their preoccupation with the role of men, thus they are forced to provide for and be the guardian of the family.

• Occupying a woman with a role other than the role that her Creator has imposed upon her, while absorbing her energy and ability to make the right change.

• Creating a conflict between the woman and the man and preoccupying each of them with conflict with the other.

• Scattered families are created, and thus a warring society.

• Distracting the people with issues that never represented a crisis in the country and distracting them from uniting their ranks: men and women, to uproot colonialism and its henchmen.

• Exploiting women’s issues for political purposes and for immediate and selfish interests without paying attention to their real problems.

• Obscuring loyal politicians; aware of the plans and tools of the West, the advocates of uprooting the concepts of the West that destroyed the family and continue to do so.

– Exposing the corruption and perversion of the current regime and the falseness of its claims to protect women and give them their rights… This is not evidenced by what rural women suffer under the civil state.

– Exposing the rulers in charge of these systems and combating them by showing their distance from the application of Allah’s law, and their distance from looking after the interests of the people and exposing their complicity with the enemies of the Ummah, so that we find its good fruit in the Ummah’s boycott of all forms of elections; presidential, legislative, and even municipal.

– Explanation of the falsehood and danger of the laws they enact, such as Law 58 of 2017, including the Istanbul Convention that destroys the family, by holding conferences, campaigns and whisper campaigns and distributing statements that expose the conspiracies of the enemies of the Ummah and make them clear to the people.

– Demonstrating that the Islamic system of government is the only model that safeguards all rights of women and the family and provides them with a decent Islamic life.

– Clarify that the Khilafah (Caliphate) system will preserve women’s dignity and strengthen family ties, and will preserve the political, economic and educational rights of all men and women, Muslims and non-Muslims.

Indeed, Hizb ut Tahrir is the leader of radical change in this time and is the leader among the Islamic groups in the world. It is the ideological party whom people believed, interacted with the sons of the Ummah and advised them.

We in the Women’s Section of Hizb ut Tahrir Party / Wilayah of Tunisia call on the women of Tunisia and the entire Islamic Ummah to embrace the party and work with it so that Islam returns to all aspects of life and the state of the Muslims returns, the Khilafah State, the first state in the world that carries Islam as mercy and guidance for the entire world.