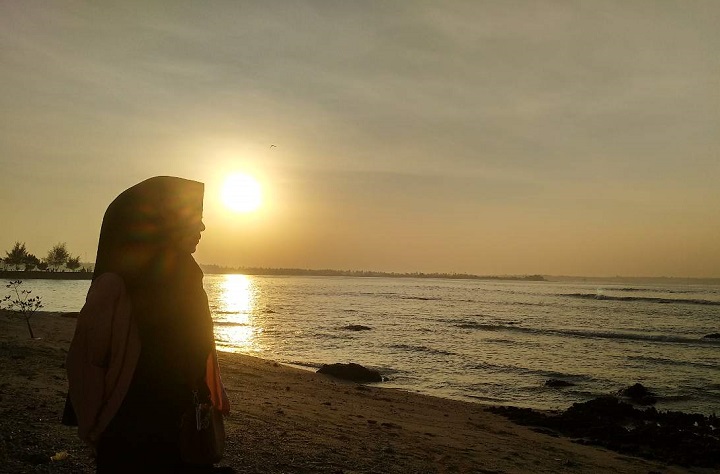 The Sudanese capital, Khartoum, witnessed a fashion show for women for the second time by designer Nermin Karqafi, attended by a group of media, art and society stars. On the show, male and female models presented various collections of fashion with striking designs, with the participation of male and female designers, and female models. Social media networking sites reported the images widely. (The Niles website, 6/7/2021).

O People of Sudan: Capitalism and the Western civilization, which the Transitional Government follows in every lizard’s hole, are based on material value, profit and loss, and now the government allows trading with your honour, because the thinkers and founders of capitalism considered that the economic commodity is everything that is desired, despite its dangerous, or any other considerations of values, morals and ideals. The commodity to them becomes part of the economic life if there are those who desire it. The capitalist takes on any job for the sake of profit, whether it is the trade in drugs, sex, slaves, weapons, or other behaviours that has become common in capitalist societies, and it would not have flourished without the facilities provided by governments. Are you waiting for this reality to be in your homes?!

Following the laws of the West by enacting the fallen laws of freedom and liberation, the Transitional Government encouraged women to work in professions in which their femininity is exploited; promoting and considering it an art and culture, such as this fashion show, dancing, singing, service in planes, restaurants and shops. For all of this and other points that are too many to mention, the fashion show is a natural birth of this dilapidated government, and it is not an abnormal or unusual behaviour for a secular government that fights Islam in its laws. Islam work to enrich the moral, human and spiritual values in society and made them overshadow the material value that is a measure of this government, which is not concerned with protecting the social life and Islamic society from all forms of vulgarity, decadence and exploitation.

Islam has protected women, honoured them, prohibited their exploitation, preserved their chastity and purity, and even surrounded them with a wall of provisions that guaranteed for them a life of chastity and purity. Islam made women in the first place an honour that must be protected. Islam also prohibited any work for a woman in which her femininity is exploited, such as modeling. Islam Rafi’ bin Rifa’ah said:

“… He forbade the earning of a slave-girl except what she earned with her hand. He indicated (some things) with his fingers such as baking, spinning, and ginning.” [Extracted by Ahmad].

O Guardians: in light of these conditions, Islam did not leave the fate of a weak woman to crashing waves to carry her where it wants, taking advantage of her need and weakness. Islam stipulated that a woman has a guardian (wali) to protect her and aid her to make wise judgement away from desires and emotions; to protect her and the protect the society from vice and decadence. Islam obliged covering of the awrah body parts, prohibited mixing except for a need approved by Shariah, the prohibition of Khalwa (non-mahrim man and woman being alone), the necessity of lowering the gaze, the prohibition of displaying beauty to men (tabarruj) and other things, so are you safe from Allah’s punishment by abandoning these rules?! The Khilafah Rashidah (Rightly-Guided Caliphate) State on the method of the Prophethood will end these plots by removing all these evils.