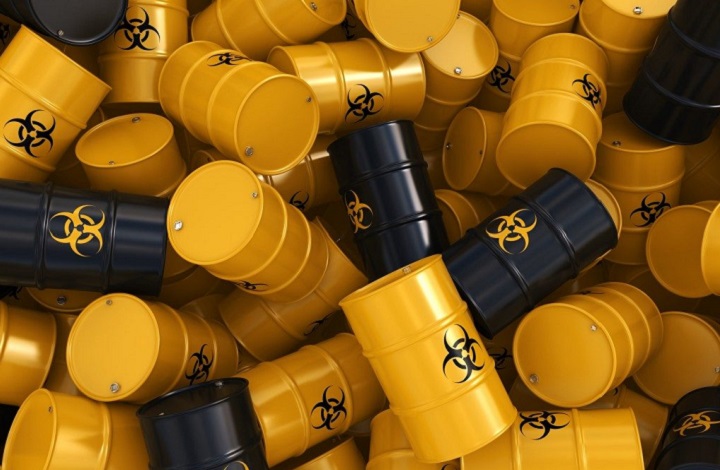 The phenomenon of deaths, deformities of fetuses and newborns, death of animals, damage to plants, agricultural lands and crops, damage to groundwater and various aspects of life has increased at a remarkable, shocking and horrific pace in the Tihama coast. An engineer in the Tihama Development Authority confirmed that the source of these catastrophic effects on people’s health, the safety of newborns and the environment in a number of regions of Yemen, is the result of burying toxic waste through brokers who earn huge sums of money in exchange for securing the disposal of these wastes by industrialized countries. A video investigating that was published by the Green Dream website, which specializes in environmental affairs in Yemen, in mid-2013, was spread about the phenomenon of burning foreign materials underground in the Al-Salam neighborhood in Al-Hodeidah Province, located on the Red Sea coast.

According to the geological engineer in the Tihama Development Authority, Muhammad Al-Saghiri, saying: “Those materials that are still burning in the ground, are toxic waste that was moved from the Jamishah area in the eighties of the last century to the sewage basins area in Hodeidah, and was buried there.” The Dar al-Salaam Organization, a local organization in Yemen, also revealed the growing tragedy of burying nuclear waste through local brokers for the benefit of international parties in several areas of the Tihama coast of Yemen, and its disastrous effects on the lives of people, animals, plants, agricultural land, groundwater, and air. It showed that the statistics of children’s death increased to a staggering proportion in recent months; October, November and December 2021, in the areas of Al-Jarrahi, Jabal Ras, Zabid and Bait Al-Faqih in Al-Hodeidah Province.

Yemen is not the only country that suffers from this catastrophe exported to us by the Kafir West. The West from which we import food, medicine, blood and serums does not take into account any agreement or value kinships. For them the lives of human beings are cheap, especially if they are from third world countries according to their classification. They exported toxic nuclear waste to us to be buried in Lebanon and Somalia as well as Algeria, which France refuses to reveal its burial place until now. As for Palestine, the Jewish entity is still to this day bury the waste of the Dimona reactor on its lands without being deterred by anyone.

This is the capitalist civilization. It is brutal, rogue, and destructive to people and plants. It sanctifies matter and makes man its slave. It sanctifies power because it allows it to dominate others. It sanctifies selfishness and spreads the white race’s superiority over others. France was one of its ugliest faces, its history is one of the darkest, yet it attacks Islam, the Deen of mercy, which carries guidance for people, not colonialism and destruction. This corrupt and corrupting civilization must be eliminated in order to relieve humanity of it.

Only the second Khilafah Rashidah (rightly-guided Caliphate) on the method of Prophethood will carry out this role to the fullest. O people of Yemen be among the first to work with Hizb ut Tahrir. You are from the Ummah of Muhammad (saw), and its affairs concern you. Restore the history of your ancestors, the Ansar, and what an honour it is in this world and in the Hereafter.