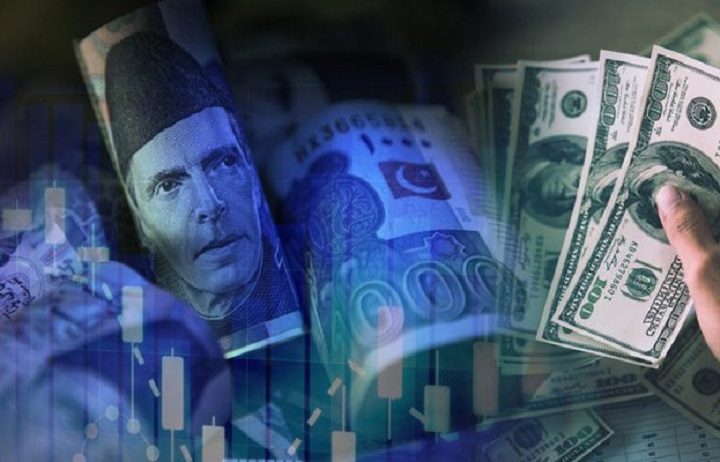 The Muslims of Pakistan are crushed by waves of back-breaking inflation as the Rupee crumbles before the dollar. Household budgets for many are stretched to provide just two meals a day. Despite the hue and cry against inflation by the opposition, it has no alternative to the current system and laws that are subservient to the Western economic order. The solution to inflation is not a “less corrupt” ruler, but a righteous system, which is the Second Rightly Guided Khilafah (Caliphate) that will implement Islam’s sound economic policies to finally escape the Western economic order.

It is inevitable under the Western economic order for increase in imports and the current account deficit to unleash inflation within Pakistan. The IMF is the gatekeeper of the world’s capital imposing dollar hegemony over international trade.

Moreover, the West has great leverage over international trade and global movement of capital, through an intricate economic order that was created by the United States and Europe from the forties of the last century. With its black, gray and white lists, FATF blocks the expansion of any economy, whenever Western interests are compromised. The SWIFT system is controlled by America without which international money transfer is fraught with obstacles. Exports to large economies are tied to Western requirements and interests, whilst the West manipulates oil and gas prices, regardless of the hardships it unleashes on the rest of the world. Other tools of Western leverage are the targeted investments of multinational companies, restriction of access to technology and arbitration by colonialist institutions.

Under the Western economic order, successive rulers of Pakistan merely barter vital national interests for limited economic concessions from the West, in a humiliating pursuit for international approval. General Ayub Khan surrendered three rivers to India. General Zia sided with the US against Soviet Russia in Afghanistan whilst compromising sovereignty over Siachen. Nawaz retreated in humiliation from Kargil and handed over Aimal Kansi. Musharraf facilitated the US invasion of Afghanistan, handed over Dr. Aafia Siddiqui and incinerated orphans with white phosphorus in Lal Masjid and Jamia Hafsa. The Kayani-Zardari regime launched military operations to crush tribal resistance to the US, whilst quelling great anger over the American violation of Abbottabad. The Raheel-Nawaz regime cracked down on the resistance to occupation of Kashmir and Afghanistan, whilst brutally suppressing any voice raised against the American Raj. The current Bajwa-Imran regime acts as a hired facilitator for the US in Afghanistan, having handed over Occupied Kashmir to Modi. Indeed, Pakistan can only escape humiliating compromise of its interests and painful destruction of its economy by becoming a global power, with a strong economy and self-sufficiency in vital production.

The Khilafah on the Method of Prophethood will end the dollar hegemony by issuing currency based on silver and gold, whilst insisting on gold and silver being the basis of international trade. The Khilafah alone will unify Pakistan, Afghanistan, Central Asia and the rest of the Muslim World to consolidate huge energy and mineral resources, as well as the world’s major trading routes, enabling it to tear down the current Western economic order. It now remains for the Islamic Ummah to insist that its sons in the people of power grant Hizb ut Tahrir their Nussrah for the return of the Khilafah and Islam’s global dominance. Allah (swt) said,