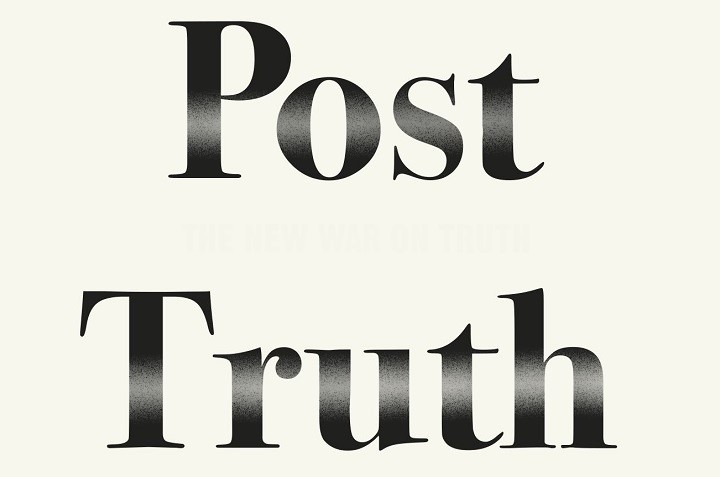 Recent research published in Proceedings of the National Academy of Sciences (PNAS) reported that “the surge of post-truth political argumentation suggests that we are living in a special historical period when it comes to the balance between emotion and reasoning,” and that “the post-truth era has taken many by surprise.” PNAS is a distinguished scientific journal of the highest scientific repute whose published articles merit attention.

Comment:
The authors suggest that “the rise of fact-free argumentation may perhaps be understood as part of a deeper change.” Use in scientific literature of the term ‘post-truth’ or ‘fact-free’ as a description of dialogue and discourse in the modern western world is candid, if not even Orwellian in implication. As for the claim that it “has taken many by surprise;” then, if that is so, it has been a surprise that has been dawning rather slowly over a period of 5 years since Trump era discourse publicly opened a Pandora’s box.

One of then President Trump’s counselors, Kellyanne Conway, gave a press interview in 2017 in which she put this post-truth era into words. She was presented with facts showing that Trump’s press secretary had lied when he claimed that Trump’s presidential inauguration drew the “largest audience to ever witness an inauguration – period – both in person and around the globe,” but rather than trying to refute the presented facts to the contrary, she famously replied saying that Trump’s press secretary had “alternative facts.” Some in the media immediately pointed out that there is no such thing as ‘alternative facts,’ and that there can only be facts or falsehoods.

Even in the months before the US presidential election and the UK’s Brexit vote social media platforms became battlegrounds where bots, hackers, data-mining companies and foreign countries became active participants in shaping opinion through spreading prejudice propaganda and lies in a carefully engineered manner. Online communities formed with the help of big tech companies into bubbles where each had its own self-reinforcing ‘truths’ at variance with the ‘truths’ of others. It is remarkable that the US and the UK accused foreign powers, and especially Russia, of having interfered with their democracies through cyber tactics, and it is ironic that they should complain after the CIA and other Western intelligence agencies themselves spent decades subverting other countries in Latin America, Africa, the Middle East and Asia in pursuit of spreading their values and colonial hegemony in the face first of communism and then Islam. They distorted truths and instigated coups and counter coups as needed. Falsehood is part of Western political discourse at home and abroad, but falsehoods used to at least be disguised as facts, leaving political opponents the task of disentangling falsehood from fact for their constituencies, but at some point in history, this became too tiresome.

What was demonstrated in Proceedings of the National Academy of Sciences (PNAS) is that, within the printed English and Spanish literature, there has been a sustained shift in the balance of rationality versus intuition since 1850 as indicated by changing usages of language. The authors found that: “After the year 1850, the use of sentiment-laden words in Google Books declined systematically, while the use of words associated with fact-based argumentation rose steadily. This pattern reversed in the 1980s, and this change accelerated around 2007, when across languages, the frequency of fact-related words dropped while emotion-laden language surged, a trend paralleled by a shift from collectivistic to individualistic language.”  Despite continuing scientific and technological advancements since Europe’s industrial revolution, faith in an absolute truth has declined in the West and it may be inferred from the current research that following that a threshold was reached in the 1980s from whence rationality has gone into reverse.

Could it be that rationality would inevitably lose its cherished status once a secular civilization has declared faith to be irrelevant and failed spectacularly with utopian ideologies of the right and the left to lead man to a sense of harmony and purpose within society and the world? When the concept of absolute truth is viewed with cynicism, then something must replace that. According to the findings of the article, the rise of ‘emotion-laden’ intuition was also “paralleled by a shift from collectivistic to individualistic language,” which could be a product of two things. First, Western capitalism is individualistic in nature and based on the premise that personal greed is the only basis upon which the common good can be built. Second, although both intuition and thought are individual acts of cognition, rational thought is open for collective acceptance or refutation, while intuition is amorphous and begins and ends with the individual.

Intuition is not a bad thing. It is that essential capability that allows a person to enter a room full of people and immediately sense that ‘something is wrong’ without having to actively study the body language of everyone around them. It is behind our ability to instantly recognize friends and acquaintances even though we might fail to be able to describe them well enough for a stranger to identify them. It is wise to value our intuitions, but reason is more precious and can allow us to see much further. The problem is that the most important thing that man needs to see, is seen only by reason unencumbered with the false epistemology of secularism, which leaves people disillusioned and alone with their own personal fantasies.