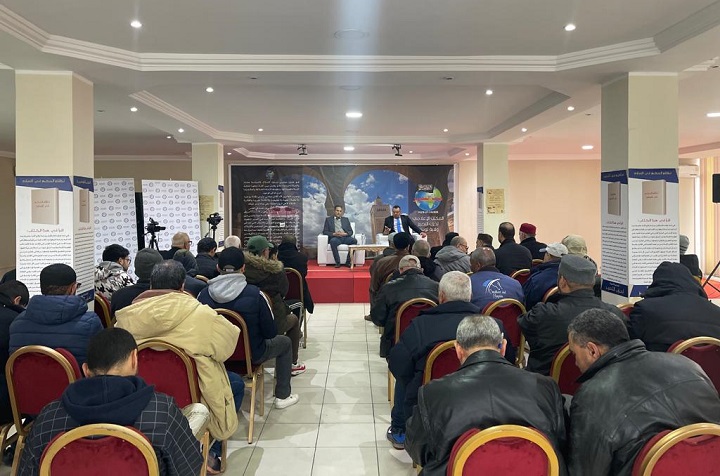 The Media Office of Hizb ut Tahrir / Wilayah Tunisia held a symposium on Tuesday, January 11, 2022, entitled: “The Revolution from Tunisia… Challenges and Prospects” at its central headquarters in Ariana.

The symposium started with an address by a member of the Media Office of Hizb ut Tahrir in the Wilayah of Tunisia, Ustaadh Ahmed Tatar, who mentioned the correct concept of the Islamic religion as a system of life, society and the state, and that Islam is not limited to matters of worship as promoted by the Western view of religion, but that four-fifths of the legal provisions in Islam are related to the political life as detailed provisions specific to the work of the state in the field of taking care of people’s affairs, establishing the hudud (punishment system) of Allah, closing the gaps in Muslim countries, and carrying the Islamic call to the peoples of the world.

Ustaadh Ahmed Tatar emphasized that the revolution of January 14, 2011, which inspired the peoples of the region and pushed them towards change, represented and still represents, in its symbolic dimension, a clear threat to the Western colonial regimes imposed on our country, as the revolutionaries raised slogans to bring down these client regimes, and this is what made Western powers are scrambling to bury this revolution.

Ustaadh Tatar also indicated that “fighting corruption” begins with fighting the root cause of corruption, which is to prevent the people of Tunisia from enjoying their rights and exploiting their wealth due to Western interference in Tunisia’s politics and its approach to governance, considering that the salvation of the Islamic Ummah from Western hegemony can only be achieved by following the Sunnah of Muhammad (saw) in the area of ruling and state system.

Then, the Head of the Media Office of Hizb ut Tahrir in Wilayah Tunisia, Ustaadh Khabib Karbaka, attributed the causes of today’s crisis of Tunisia to the political center involved in the official policy of the state, whether they are rulers or opponents, as they are subject to the resolutions of Western countries and do not have autonomous will.

The Head of the Media Office called on the legal experts to view the culture of Hizb ut Tahrir, as it is a material detailing the practical rulings of Islam and a material capable of reviving the Islamic Ummah, such as the books, The System of Islam, The Concepts of Hizb ut Tahrir, The Social System, The Economic System, The Draft Constitution for the Khilafah State and its compelling reasons and evidences.

At the conclusion of his address, Ustaadh Karbaka renewed Hizb ut Tahrir’s call for the people of power in Tunisia to lift their hands from the political center that is complicit with various Western circles and to engage in the project of the Islamic Ummah as a way to rid it of Western dependence and all manifestations of colonialism. 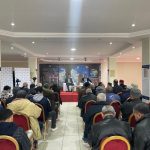 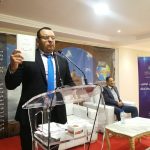 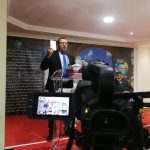 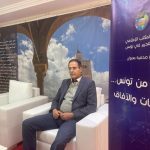