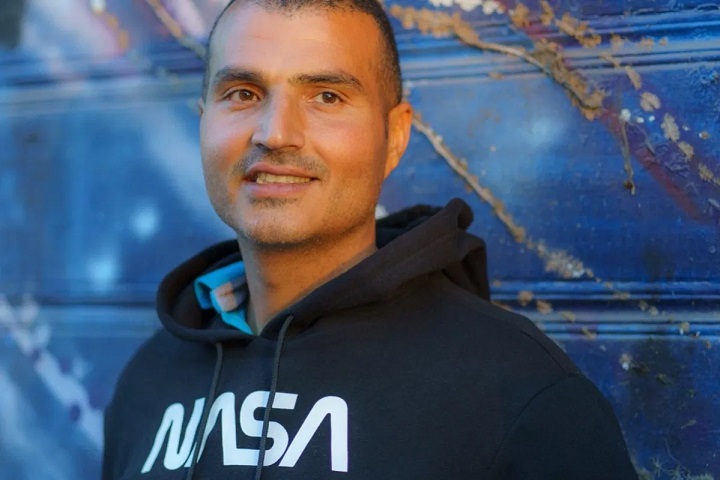 A few days ago, NASA began a new era in the history of space with its success in flying a small helicopter over the surface of Mars. It is the first electric powered flight that is controlled from another planet, 225 million kilometers away. Engineer Loay Elbasyouni, who grew up in the Gaza Strip before moving to the United States for university studies, contributed to this great scientific achievement. He joined a public aerospace company, Ingenuity, that offered him the opportunity to work with NASA on an experimental project to build the first aircraft to fly on Mars. The Perseverance’s helicopter evolved from the ideas, concept papers and actual construction efforts of Loay and his teammates. Loay served as Ingenuity’s electrical and power electronics lead, which included responsibility for the propulsion system. This involved designing the motor controller, inverter, servo controller, the motor itself, and the signaling system. (Mondoweiss.)

Within the same context, a team of Pakistani students from the famous Ghulam Ishaq Khan Institute of Engineering and Technology beat the Massachusetts Institute of Technology (MIT) and Stanford in Aeronautics and Astronautics. The students outperformed their peers in the two institutes. The US Embassy in Islamabad also praised the students for “their excellence against MIT and Stanford,” in the competition of aircraft and flight design and construction. (Parlho).

Comment:
The world followed the news of the helicopter which NASA has launched over Mars with great interest. The NASA agency considered this as a great achievement in its project for Mars. It soon became clear that the innovative mind behind the helicopter was one of the sons of Islamic Ummah, from a region occupied by the Jewish entity. The Jewish entity is sponsored and supported by the US itself, with lethal weapons that are used against the people of this inventor himself.  The Muslims have always presented thousands of works to the West, through the efforts of the brilliant sons and daughters of the Ummah undertaking post-graduate research, within industry, technology, engineering and medicine in various institutions of the Western world, led by the US. Yet, in turn the West not only demonizes Muslims, it attacks and kills them all over the world.

The Islamic civilization and material progress that emerged from it, such as scientific and technological inventions, have had a huge positive impact upon humanity. Thus the Islamic civilization that is based on correct doctrine and divine legislation, revives humanity, driving them out from the darkness of human ideologies that cause distress to them, into the light of Islam that elevates them.

Ms Fiorina, the then CEO of Hewlett-Packard, commented in 2001, “There was once a civilization that was the greatest in the world… And this civilization was driven more than anything, by invention. Its architects designed buildings that defied gravity. Its mathematicians created the algebra and algorithms that would enable the building of computers, and the creation of encryption. Its doctors examined the human body, and found new cures for disease. Its astronomers looked into the heavens, named the stars, and paved the way for space travel and exploration…, the civilization I’m talking about was the Islamic world from the year 800 to 1600, which included the Ottoman Empire and the courts of Baghdad, Damascus and Cairo, and enlightened rulers like Suleiman the Magnificent.” (hp)

With elevated thoughts, abilities and human experience, the Islamic world does not need anything from the West, except the end of the evil of the West against the Muslim World. The Muslims need nothing else but the end of the West’s campaign against the Deen of Allah (swt) and its placing obstacles to its return as a state, so that the Islamic world will catch up with and then outpace the Western world again. The truth is that only the West is in need of the Islamic Ummah and its capabilities, as is happening today and for some time. Just as the West depends on the natural resources of the Ummah, it is also in dire need of the minds and creativity of the Muslims.

The engineer, Luay Al-Basyouni and the team of students from the Ghulam Ishaq Khan Institute, are but two examples out of millions. This can be summarized by the surprise of the enemy of Allah (swt), Macron during his visit to one of the medical centers in Marseille, the south city of France. When Macron asked the doctors in the center’s laboratories about the regions from which they come, he was astonished by the answers of the majority of experts who said: “I am from Algeria”, “I am from Tunisia”, “I am from Lebanon” and “I am from so and so”…

The abilities and capacities of the Ummah have been revealed near and far. The Ummah only needs a state to utilize this abundant talent for the favor of the Islamic Ummah and all of humanity. Therefore, the work to establish a Khilafah (Caliphate) State upon the Method of Prophethood is the best of all actions, greater than any material invention. Through the Khilafah alone, these capabilities can be employed to build an Islamic state that enters space, satisfies the Lord of all humanity (swt) and makes people content by making their life comfortable, safe and secure. Thus, efforts must be devoted for achieving this goal so that neither the capabilities of the Ummah are lost in vain nor the talented Muslims are exploited for the benefit of civilizations that cause misery to humanity.