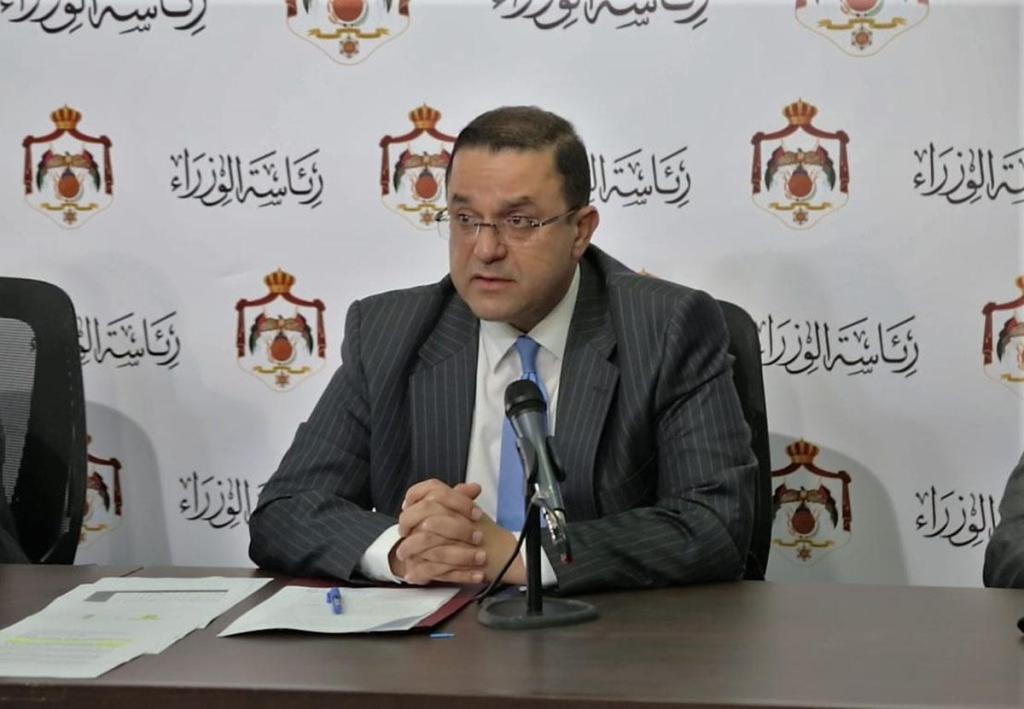 Finance Minister Mohamad Al-Ississ said that the ministry, in agreement with the International Monetary Fund in the latest program with the Kingdom, will adopt the (general government) debt index and adopt it in the future when calculating the debt ratio of the GDP, so that the concept of general government debt will consider the debt from the Social Security Investment Fund, Municipalities and debt-independent bodies from institutions affiliated with the government. And the Ministry can exclude the value of its debt from these institutions when calculating the debt-to-GDP ratio.

In the fiscal bulletin for the month of April, issued by the Ministry of Finance, the separation between debt and social security debts owed by the government began. The total public debt owed by Jordan during the first four months of this year increased by 4.6% to 31.39 billion dinars (44.2 billion dollars). And, at 101.7% of the gross domestic product, and the statistics published on the Ministry of Finance website, on 22/6/2020, showed that the internal debt of Jordan at the end of last April amounted to 18.93 billion dinars, while the external debt reached 12.4 billion dinars.

After excluding the government security fund’s 6.5 billion dinars debt, it fictitiously reduced the debt value to 24.866 billion dinars, by 80.5% of GDP, which is contrary to the actual reality, where the public debt ratio is 101% of GDP.

Based on the aforementioned practices and methodologies of the regime’s government in Jordan and the extent it has reached in terms of misleading, deception, insolence and robbery in broad daylight of people’s money, and leading the country towards bankruptcy by complying with and continuing with the colonialist IMF programs, the tool of America and Europe in enslaving people, plundering their resources and mortgaging their political decision and directing it towards its plans to destroy the Ummah and prevent the realization of its revival project. Accordingly, the following clarifications and facts were necessary, for people as a warning before it is too late, and stand with Allah (swt) and His Messenger ﷺ and His Deen a serious and vital stand that pleases Allah (swt) and saves themselves from the catastrophic misfortunes and the conspiracy that their rulers have brought them to:

First: Jordan’s debt has exceeded its already lackluster national production, and since Jordan entered into agreements and programs of the colonial IMF 30 years ago, and the situation has gone from bad to worse, and no two people disagree on the failure and unproductivity of the fund’s policies, including so-called economists in successive failed governments; who were brought by the regime to implement its political agendas to continue and submit to the Jews and the kaffir Western colonialist headed by America. And to draw up local economic policy with the aim of implementing Trump’s settlement plan projects in the region.

Second: The idea of ​​social security was founded to patch up the capitalist system, which has proven invalid and corrupt by making people’s affairs entrusted with institutions and associations alongside the state, with the aim of evading state’s responsibilities in caring for people, just as Islam requires; the fulfillment of their individual basic needs of food, housing and clothing, and their collective needs of education, health and security. The compulsory social security law for workers and employers is a corrupt law stemming from the corruption of the system; it takes people’s money forcibly without their consent to establish a coercive usurious insurance company that gambles with their money with the forbidden usury in stock exchanges, banks and government bonds, so that the conflict between the people and the state that neglected their rights is diverted to conflicts and bad relations between the employer and the workers, in addition to plundering 21% from both of them as subscriptions enforced monthly and fines for late payment.

Third: The social security assets, according to the official data of the institution, amounted to about 11 billion dinars, and in other estimates amounted to 12 billion dinars. The volume of government borrowing from the investment guarantee funds, security funds, exceeded the permissible limit and reached 60% of the total assets of the fund, i.e. 6.5 billion dinars. Which poses a threat in the horizon on the assets of the fund from the savings of the people, for which there is no guarantor except the government which is foolish and powerless itself to pay its debts except by continuous borrowing. Successive governments, through amendments to security laws, and the discrepancy between the powers of their board of directors and the powers of the investment fund of their funds, exploits the security money for that which can achieve the interests of the political system by failed struggling investments here or there, such as treasury bonds with low interest rates, and investment in banks and some troubled companies.

Fourth: Above all, the government announced today, through its Finance Minister and in agreement with the Colonial Monetary Fund, not to count government debt on security from the public debt, so that it becomes 80% of the gross national product instead of 101%, although it does not digitally change the value of the government’s debt, but the International Monetary Fund has agreed not to count security debts from the public debt claiming that they are money for the government, and to classify international credit institutions such as Fitch, which raises and does not lower Jordan’s credit rating to the level of BB, with a negative index, because the ability to repayment rating is in fact is much lower than that, it may have reached the C level. This is in light of an expected economic recession of the economy in Jordan for the year 2020 of 3.4% instead of any economic growth, confirming that the intention of all these measures is to enable Jordan to borrow more and borrow just to pay the interest installments due in the tenth month of this year, the evidence of this is the recent issuance of government Eurobonds worth $1.750 billion in high rates in light of the global recession, the Jordanian government falsely claims it is a competitor.

Fifth: Despite the claim of the Social Security Corporation Law that it is an administratively and financially independent institution from the government, the practical practices of successive governments, which are of the same nature as the system they stem from, refer to direct or indirect government interventions by persuasion or imposition towards salvaging stumbling projects and implementing economic projects that feed into achieving the interests of the Jewish entity and the ominous Trump agreement, and where there is no confidence in the regime and its government, the fear of its control over the security funds in the near future, by any pretext or excuse of defense or emergency laws, makes the pursuit of the “the liar to the door of the house (to capture him)” an adventure that calls for the Ummah to take serious action to stop this transgression and even to demand to recover people’s money so that they can be invested in what is pleasing to Allah (swt) in real economic development projects, small and large, instead of freezing them with bank investments and treasury bonds, with forbidden interest rates, so that money circulates among people, poverty and unemployment decreases, in light of the government’s inability and failure to save the state economy and its high indebtedness, so the return of the forbidden bonds, investment in the banking pool, and the usury collected by the security does not exceed 5-10%, compared to what it receives from the employer and the worker, which exceeds 21%.

The measures taken by the government, through the Ministry of Finance, whether to comply with the International Monetary Fund, and to manipulate the calculation of the public debt with the complicity of its international financial organizations, whether the World Bank and the International Monetary Fund, or credit rating institutions, are nothing but deception, misleading, and part of the series of lies revealed by reality. And the political goals of the regime in Jordan include the subordination to the heads of notables, alliances with the kaffir western colonialist who is fighting or competing for control of the country’s goods, making the people desperate in pursuing their livelihood and diverting them from paying attention to the liquidation and settlement plots that America seeks to achieve, legitimizing all the demands of the Jewish entity of the annexation or the alleged deal of the century or renewed settlements and to divert them (the people) from achieving their pursuit of their unitary revival project by establishing the Khilafah (Caliphate) on the method of Prophethood.

O our People in Jordan:

The regime that is not trusted over its people and its country, conspires with the enemies of its Ummah to achieve their interests and empower them and fights Islam to exclude it from ruling by what Allah has revealed, with greater reason, it must not be trusted over your money and your wealth. Your rage and aversion feelings from this regime, which is shown by recent opinion polls that the majority of Jordanians believe that the economy is heading in the wrong direction, which is worse and will be worse than it is today, is a feeling that should be translated with the ability and movement to change the political course that the country is taking under the colonial conflict. So as to support your Deen and your vital issues, in which you will be one of the parties to the conflict. We invite you to work with us in the pioneering Hizb ut Tahrir that does not lie to its people, is honest with its Ummah, is caring for your interests, to achieve the glad-tiding of the Messenger ﷺ of the return of the Khilafah Rashida (rightly-guided Caliphate).