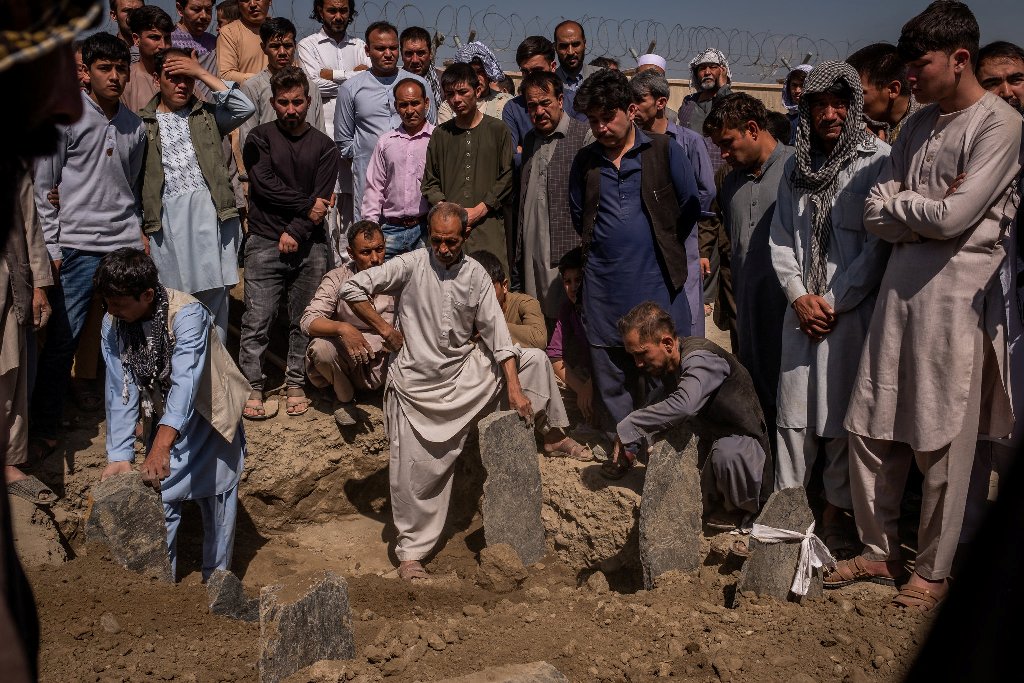 In recent months, the score of assassinations, bombardments, explosions, rocket strikes, and reckless assaults in the cities and villages of Afghanistan have escalated massively, massacring imam of Masjids, influential leaders, government officials, journalists, analysts, popular figures and innocent civilians by various means. In fact, people have got accustomed to starting the mornings with the sound of explosions while ending the evenings with the heartbreaking losses of their loved ones. Afghanistan is recognized as one of the deadliest countries for civilians, influential people and journalists; though, the Afghan government only condemns, establishes commissions and counts the number of dead bodies. Recently, the Afghan Ministry of Interior has disgracefully communicated to a number of reporters to shut their news stations if they can’t afford to buy weapons to protect their employees.

The Media Office of Hizb ut Tahrir in Wilayah Afghanistan extends its condolences for the dead ones and prays for an immediate and complete recovery of the wounded, asking for patience and rewards for the families and victims of the recent events, and highlights the following points:

First, the wave of consecutive assassinations and the spread of terror indicate the new phase of a project by which the parties involved in the Afghan peace process are carrying out intelligence attacks at the cost of the blood of Muslims of this land to gain lion shares through a peace process and divert the public opinion against their opponent factions. Meanwhile, the unfortunate point is that the US has gained massive advantage out of the peace process by protecting its troops and bases whereas intensifying the scenario of Afghan genocide.

Second, the Afghan government’s duty has been no more than condemning the incidents and publishing declarations concerning the dead bodies. These rulers are residing behind protective walls and travelling through armored vehicles, being entirely distanced from the people to feel the pain they have been suffering so far. These rulers, on the one hand, introduce themselves as the protector of humane values and guardian of the republic, shouting loudly on ‘republicanism’ through media outlets; however, when their power and personal interests are prone to jeopardy, they turn into crazy murderers and slayers. As recently, those who used to criticize the government are threatened with imprisonment and/or death. Certainly, all these killings and terror are the screams of peace and republic that agonize every corners of society to date. In fact, they neither respect Islam nor abide by the republic. What they realize is to keep sustaining their power and gaining interests.

Therefore, the Muslim people of Afghanistan must realize that the way out of this critical catastrophe is not to replace the faces, but to eradicate the corrupt prevailing system by bringing a fundamental change. A change that throws these imported systems and power-thirsty leaders in the graveyard, and instead establishes an order in accordance with the Islamic beliefs and values ​​of the people of this land. On the other hand, that system will nurture true leaders who would be there to protect the faith, life, properties and dignity of the people – considering it as their most basic obligation. This system is nothing else, but Islam and the Islamic State (Caliphate or Khilafah).

“Indeed, the Caliph is a shield, behind which the Muslims fight, and by which they are given support and protection.”