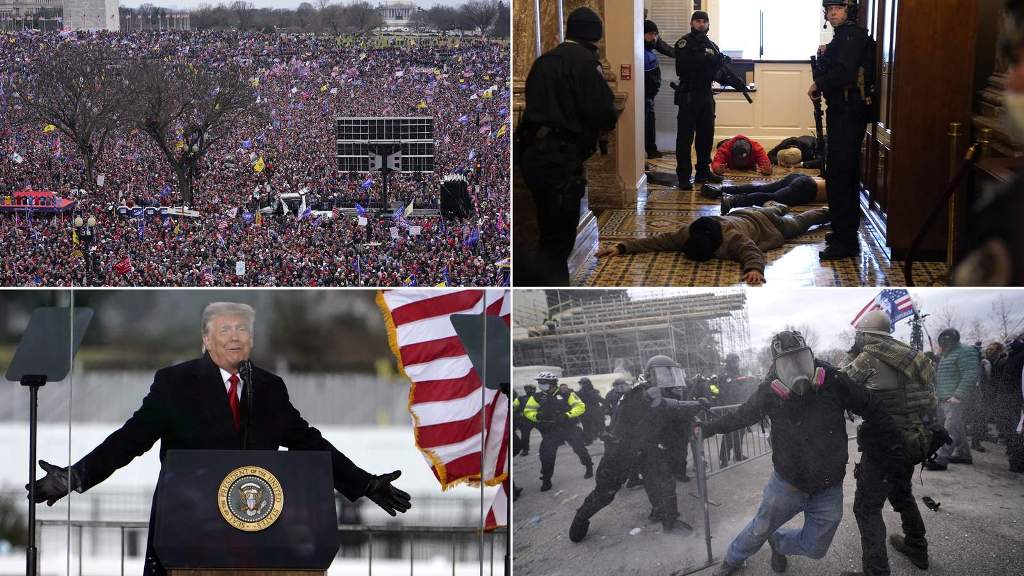 American protesters supporting the outgoing US President Donald Trump stormed the headquarters of the US Congress to reject the inauguration of the new president, Joe Biden, who they see as rigging the elections, and considered themselves defenders of democracy and the American constitution, Trump had delivered a fiery speech urging his supporters to protest and obstruct the Congressional session and said that he would never admit defeat, considering himself the winner of the elections.

Each candidate and his supporters have shown that they are keen on democracy, stressing that they will protect it from falling. Thus, democracy for both parties has become an idol from dates they revere and then when they become hungry they eat it.

It has become evident that America suffers from a crisis of a utilitarian principle that trampled on all values except for material value, and that Western democracy, with which some of them are deceived, has corrupted it among those who sanctify it, as they kick it whenever they want and it is the cause of discord and crises and does not solve problems.

We also do not forget how the West has repeatedly failed in the success of democracy in countries that it occupied and ruled by force. Rather, its concept, which they called the “democratic transition”, brought those countries into a frenzy of corruption, oppression and injustice, and in many cases it led to civil wars. Today it is the seed of discord and crises called democracy which is dragging America to the bottom.

Here we remind the Islamic Ummah that it is an Ummah of a human civilization, and that the door is open for it today, not only to restore the Khilafah (Caliphate) in the Muslim countries, but to present Islam as a civilized alternative for the peoples of the West, those peoples who are fed up with the greed and materialism of their rulers, and here they are today attacking the temple of democracy declaring their clear disbelief of it.

The system of government in Islam has a distinctive style in managing the affairs of the countries and the people, as it separates between sovereignty and authority, so the Ummah gives the authority to the elected Khaleefah (Caliph) to apply upon her the Sharia that it believes in. There is no opposition and loyalty in Islam, but an Ummah that obeys the Khaleefah as long as he applies the law of Allah (swt), and thus the Islamic system is the only system that guarantees lasting stability. Allah (swt) says: أَفَمَنْ أَسَّسَ بُنْيَانَهُ عَلَى تَقْوَى مِنَ اللَّهِ وَرِضْوَانٍ خَيْرٌ أَم مَّنْ أَسَّسَ بُنْيَانَهُ عَلَى شَفَا جُرُفٍ هَارٍ فَانْهَارَ بِهِ فِي نَارِ جَهَنَّمَ وَاللَّهُ لَا يَهْدِي الْقَوْمَ الظَّالِمِينَ “Is it then he who laid the foundation of his building on piety to Allah and His Good Pleasure better, or he who laid the foundation of his building on the brink of an undetermined precipice ready to crumble down, so that it crumbled to pieces with him into the Fire of Hell. And Allah guides not the people who are the Zalimun (cruel, violent, proud, polytheist and wrong-doer).” [9:109]