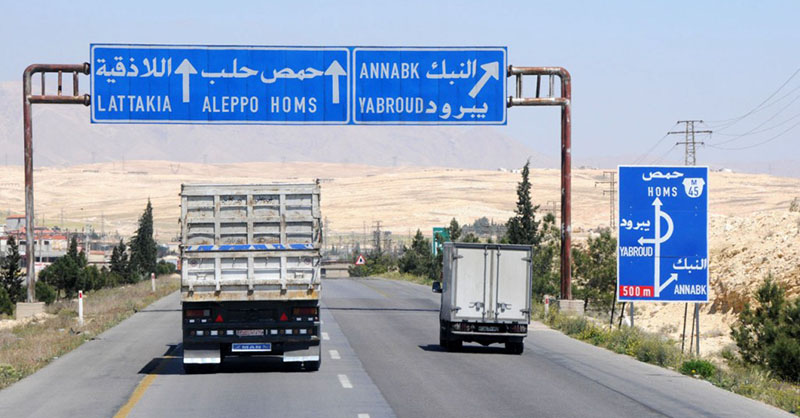 The treacherous Sochi Agreement stipulates the creation of a buffer zone at a depth of 20 km along the lines of contact with the regime of the tyrant of Ash-Sham, and also the opening of the road which links the capital Damascus and Aleppo, and the road linking the two cities of Latakia and Aleppo, and other terms that are no less dangerous than these.

This agreement is a dangerous turning point in the course of the Sham revolution; its articles continue to tighten on revolution’s neck gradually under several names; whose outside is mercy, but the interior of which contain torment, in persistence of those in charge of it to mislead the people of Ash-Sham, so that they are able to pass its outputs and execute its items. Perhaps the opening of roads is no less dangerous than other items; and includes great dangers, the most important of which are:

– Its implementation as one of the terms of the Sochi Agreement; which will make overthrowing of the regime of murder and criminality an idea of the past; and will pave the way for the American political solution.

– Giving legitimacy to the criminal regime when allowing it to pass through it.

– Losing the ability to control roads because they will be under international protection, which means losing them.

– Giving the regime great political gains and restoring its international legitimacy fully, and considering the revolutionaries as (terrorist) cantons whose people must be tamed to return them to the fold of the regime.

– Cutting the liberated areas into three fragments, which will make it easier to tamper with their security and control them later.

– The coming out of the main roads of the control of the revolutionaries will further facilitate the possible security breaches, which will increase the process of liquidation of our sincere sons and brothers, and facilitate the kidnapping of some of them and their transfer to the dungeons of death and repression that they have revolted to get rid of them.

– Enabling the regime to link the major cities to each other and this is a significant gain at all levels.

The Kafir West, headed by America, conspires day and night against your revolution; using their tools in the region from the agent rulers; and disguised with empty human slogans that they are far from. And the events bear witness to this, so do not be deceived by their slogans; وَلَا تَرْكَنُوا إِلَى الَّذِينَ ظَلَمُوا فَتَمَسَّكُمُ النَّارُ وَمَا لَكُمْ مِنْ دُونِ اللَّهِ مِنْ أَوْلِيَاءَ ثُمَّ لَا تُنْصَرُونَ “And do not incline toward those who do wrong, lest you be touched by the Fire, and you would not have other than Allah any protectors; then you would not be helped.” [Hud: 113]

They are the enemy that our Lord commanded us to beware of him and not succumb to his solutions and conspiracy.

Let us hasten to work with our conscious and sincere sons and brothers to overthrow the treacherous Sochi conference and reject all of its murderous decisions;

Let us beware of conceding the most important constants of our revolution which are overthrowing the regime of criminality and establishing the rule of Islam on its ruins; a Khilafah Rashidah (righteous Khilafah) on the method of the Prophethood.