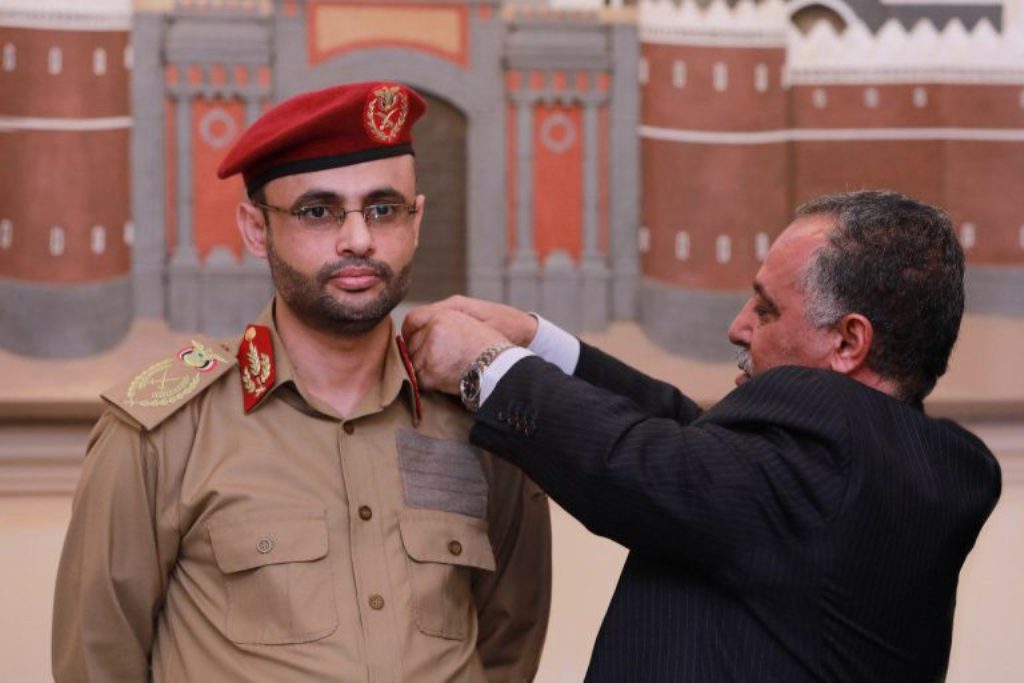 President of the Supreme Political Council, Mehdi Mohammed Al-Mashat, announced in a speech on Wednesday, 30 October 2019, a war on corruption, and over the past few days, the media reported it as the talk of the day and made it its main concern. Is Al-Mashat really serious in the slogan he raised? Will he succeed?

Those who came to march from Saada to deceive the followers that they will establish a state that rules by Islam when they entered Sana’a, and then they replaced it by the “Modern Civil State,” and raised the slogan of easing the economic burden on the people as a result the dose of the Basindwa’s government, which raised the price of the oil drum to 4,000 riyals in response the IMF dictates, which they made it reach between 7,000 and 30,000 riyals, and soon they will use the World Bank and IMF programs.

They colluded with the United Nations and put their hand in its hands and participated with it in its crimes and corruption that it dissipates around the world, and they took people’s livelihoods and deprived them for years, so that only them to live.

They reneged on the promises they made from Amran to Sanaa before the ink dried up, spying on people day and night, and having contacts with CIA to fight “terrorism” as they claim!! So, is anyone who has done all this and more capable of fighting corruption?! Their hidden purpose of raising the slogan of the war on corruption is to get rid of political opponents and protect their followers as did their predecessors, who, despite widespread corruption in the country, it was difficult for them to present one real corrupt.

Oh Mashat! If you are honest in your fight against corruption, present the fat cats, who people know their injustice and criminality, such as Muhammad Ali al-Houthi and Abu Ali al-Hakim with the simplest corruption charges that a simplest Yemeni can present – without coming to you, because if he comes to you he will be the victim and they will be acquitted – not to mention blood and money. Hadi and his followers on the other side of the bank are not less than you in anything, for you are equal in corruption.

We say with a full mouth: you, Oh Mashat, Abdul Malik al-Houthi, Ahmed Hamed, Mohammed Ali al-Houthi, Abu Ali al-Hakim, and to your last supervisor: You are the corrupters, but you do not feel because you help each other in corruption.

Allah (swt) says: وَإِذَا قِيلَ لَهُمْ لَا تُفْسِدُوا فِي الْأَرْضِ قَالُوا إِنَّمَا نَحْنُ مُصْلِحُونَ * أَلَا إِنَّهُمْ هُمُ الْمُفْسِدُونَ وَلَٰكِن لَّا يَشْعُرُونَ “And when they are told do not cause corruption on the earth; they say we are but reformers. Unquestionably, it is they who are the corrupters, but they perceive [it] not.” [Al-Baqarah:11-12]

Reformation is something you, O Houthis, cannot do, because it is the establishment of a state that governs by Islam. Only the Khilafah (Caliphate) state that Hizb ut Tahrir works to establish will rule by Islam and destroy the Kaffir colonist and will not reach out to them. No matter how long it takes to be established, it prepares its men and prepares the Islamic Ummah to accept and embrace it. In which, the strong, the weak, the black and the white are equal before the truth, as Ali ibn Abi Talib (r.a), the caliph of Muslims, did when he sat down with a Jew before Judge Shureih in the shield case, and the verdict came in favour of the Jew and the shield was given to him.