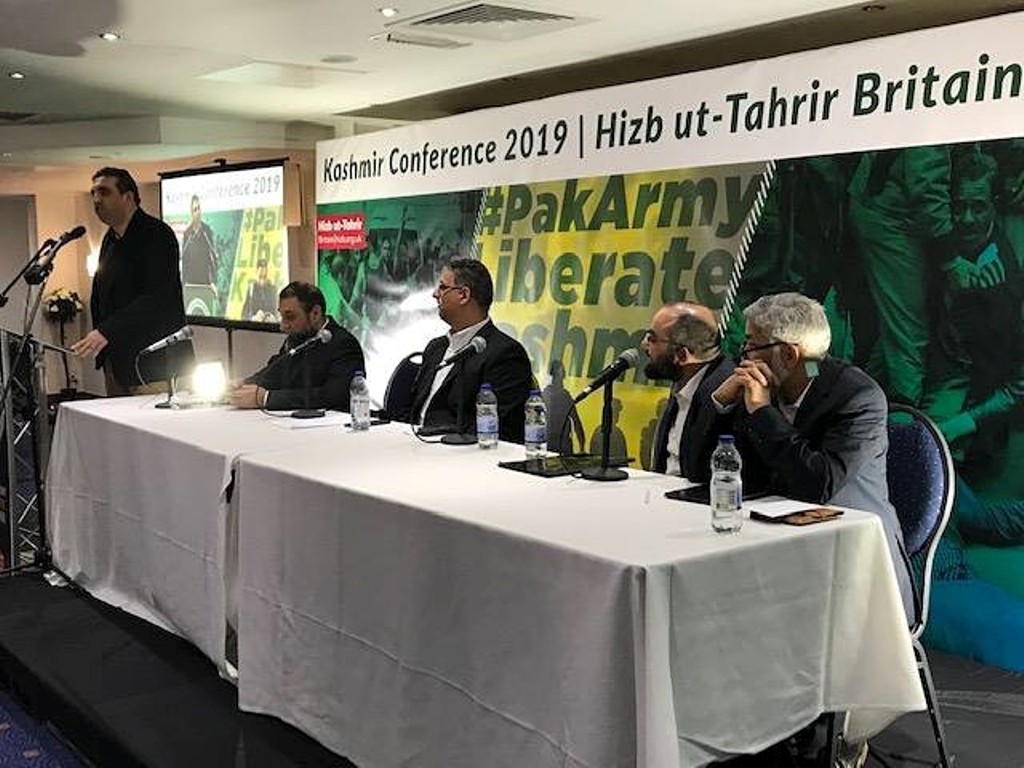 Four speeches and an extended Q&A panel discussion, delivered in English and Urdu, explored the reality of the current Indian Army aggression in occupied Kashmir, and shed light on the many myths that are propagated to justify submitting to the status quo.

Kashmir is at the centre of the American designs for supremacy in the region. The conference speakers told the full auditorium that we are witnessing an unprecedented period of power transfer from West to East. As China is viewed by America as its greatest strategic competitor, hence the global system is now defined by this conflict for influence.

India replaced Pakistan as America’s key ally in the region against China. The traditional focus on Pakistan and the Kashmir dispute is a distraction from US plans; hence, the Trump administration pushes to resolve it, once and for all. The speaker answered the question about viewing China as a potential partner: “We need to stop submitting to poisonous relationships with predatory global powers. We don’t want to go from being the pawn of America to a slave of China.”

The speakers tackled the myths of Pakistan’s weakness and India’s alleged strength. They presented numerous evidences of India’s ageing military equipment, its lack of experienced personnel, and its reliance on fuel imported from Muslim lands.

The greatest myths of the Ummah’s weakness and inability to defend itself from aggression were exposed as simply untrue. The Ummah is neither poor nor weak and does not lack resources, but it does lack a leadership that is willing to use them in service of the Ummah, rather than in service to America.

The conference heard that Kashmir is not an issue only for Kashmiris or Pakistanis, but an issue for all Muslims. A contradictory approach is taken by leaders of Muslim countries today, where we are told that the Pakistani Army cannot cross the border in Kashmir, which would be out of sync with the American plan for the region, while they are expected to cross the border into Afghanistan, as it supports American aims there.

The propagation of such a mythology to submit to the status quo not only abandons the oppressed Muslims of Kashmir, but also to dismiss the seriousness of Modi’s Hindutva ideology to the whole region. The idea that we can stay quiet on Kashmir and hope it can be contained is a naïve reading of the ideology and the history of appeasement.

Unless there is political change soon, the situation will worsen by the day as we see around us in Xinjiang, Myanmar, Syria and Palestine. Kashmir is a symptom of a much wider problem, where Muslims are, despite their wealth, natural and human resources, merely bystanders on the world stage where every impotent act simply makes our situation even worse.

The conference concluded with a clear message that we suffer these calamities due to the absence of the Khilafah (Caliphate) today. It is the foundation upon which the pillars of Islam stand, and it alone brings the Islamic Shariah to life; to bring justice to all people of the region, Muslim and non-Muslim. The rulers of Pakistan make enemies of their own people in service of American colonial interests, while the Khilafah will serve only for the citizens of the state, freeing the Ummah from all foreign influence that shackles us today.

The conference ended with a du’aa to Allah Almighty to strengthen the Muslims against their enemies who wish them harm, and for the Muslims here and abroad to hear and carry this message until it is clear as the light of day.