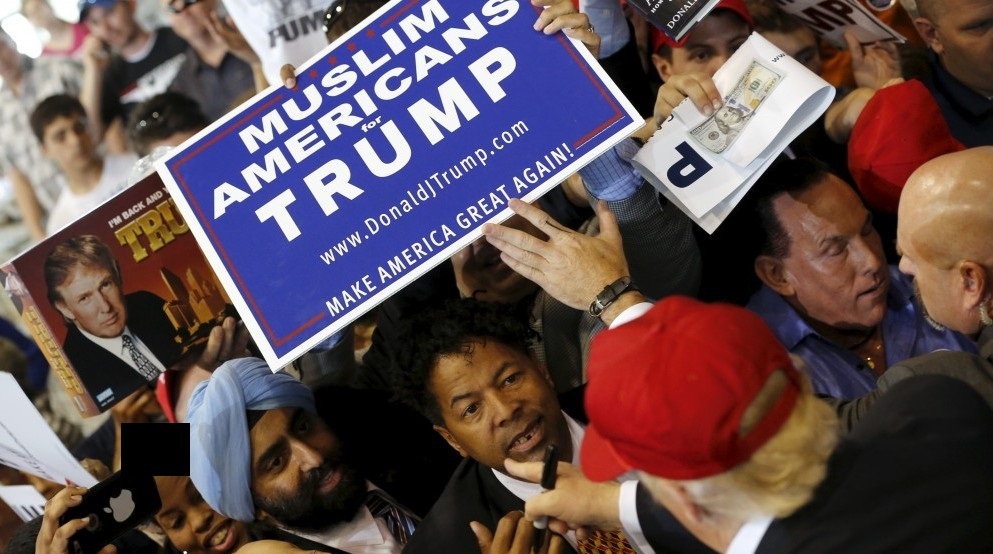 The Muslims are being told many different things about voting in the upcoming U.S. elections. The Muslim community is under a cloud of intimidation, suspicion and focus – there is a concerted effort, similar to previous presidential elections, to pressure Muslims to vote, whether based on fear, benefit and/or a form of civic duty. Rather than being stuck in a confused or contradictory mindset, Muslims must have a clear vision about voting and whether election participation actually works with or against their goals in this life and the Hereafter. We would like to offer a new political vision and a path for Muslims in America to tread according to the example of the Prophet ﷺ.

The only correct basis for Muslims is to take the divine guidance of Allah (swt) as the only criterion to evaluate and undertake any action related to voting! إِنِ الْحُكْمُ إِلاَّ لِلّهِ أَمَرَ أَلاَّ تَعْبُدُواْ إِلاَّ إِيَّاهُ ذَلِكَ الدِّينُ الْقَيِّمُ وَلَـكِنَّ أَكْثَرَ النَّاسِ لاَ يَعْلَمُونَ “Indeed legislation (ruling, judgment, command) is only for Allah; He has commanded that you shall not serve none but Him; this is the right Deen, but most people do not know.” [12:40] أَمْ لَهُمْ شُرَكَاء شَرَعُوا لَهُم مِّنَ الدِّينِ مَا لَمْ يَأْذَن بِهِ اللَّهُ “Or have they partners (to Allah) making lawful for them in the Deen, which Allah has not allowed?” [42:21]

By voting to elect a man or a woman to legislate, instead of Allah (swt) means to associate partners with Him (swt) which fundamentally contradicts Tawheed and Iman and therefore it is from the most serious of prohibited (haram) actions. Indeed, Allah (swt) commands that only His legislation should be implemented to rule between people and solve their problems فَاحكُم بَينَهُم بِما أَنزَلَ اللَّهُ ۖ وَلا تَتَّبِع أَهواءَهُم عَمّا جاءَكَ مِنَ الحَقِّ “And judge between them by what Allah has revealed and do not follow their desires from the truth that has come to you.” [5:48].

Likewise, our Iman is not complete unless we seek and restrict judgment and ruling by that which Prophet Muhammad ﷺ has conveyed from Allah (swt): فَلاَ وَرَبِّكَ لاَ يُؤْمِنُونَ حَتَّىَ يُحَكِّمُوكَ فِيمَا شَجَرَ بَيْنَهُمْ ثُمَّ لاَ يَجِدُواْ فِي أَنفُسِهِمْ حَرَجًا مِّمَّا قَضَيتَ وَيُسَلِّمُواْ تَسْلِيمًا “But no! by your Lord! they do not believe (in reality) until they make you a judge of that which has become a matter of disagreement among them, and then do not find any resistance in their hearts and submit completely.” [4:65].

So what does voting on Tuesday, November 3rd, really mean?

Electing and voting is a style of giving the power of attorney to someone to do things on your behalf, which as a style is permitted (halal) in general, for example when electing a school board of governors in an administrative capacity or appointing the Islamic ruler that will judge and govern by the Sharia. However, in the case of the US Presidential election, voting is the action of seeking to appoint and authorize someone to:

Rule and govern by other than the Shariah

Become sovereign by legislating, thereby making a man or a woman to be a partner with Allah (swt).

Therefore, by voting in this election, we choose and authorize a human to legislate and rule – a matter that is clearly prohibited (haram) and from the most serious of prohibited actions as it contradicts the Islamic Aqeedah, our Iman.

This matter is also expressed clearly from the life of Prophet Muhammad ﷺ and it is an example we should reflect upon when contrasting the insecurities that we may feel as Muslims in the United States and indeed throughout the world. Muslims faced persecution in Makkah, where they were inflicted with fear, insult, intimidation, threat, violence, torture and suffered social and economic boycott. But when offered the opportunity to alleviate this difficult situation by a means more significant and influential than mere voting i.e. being offered actual political leadership, which would have secured both the material benefit and remove the hardship – Prophet Muhammad ﷺ rejected the offer as it would have violated what Allah (swt) had commanded. Rather, Prophet Muhammad ﷺ persevered in his social and political engagement with the society while maintaining his firmness upon Islam.

Therefore, material benefit, fear or any other factor was not (and is not) the basis to judge or decide. So how can the Prophet ﷺ reject the opportunity of political leadership that was offered to him, yet we consider voting in a non-Islamic system for a non-Islamic political authority to be acceptable? Is not Prophet Muhammad ﷺ our example to follow? لَّقَدْ كَانَ لَكُمْ فِي رَسُولِ ٱللَّهِ أُسْوَةٌ حَسَنَةٌ لِّمَن كَانَ يَرْجُواْ ٱللَّهَ وَٱلْيَوْمَ ٱلآخِرَ وَذَكَرَ ٱللَّهَ كَثِيرًا “Indeed in the Messenger of Allah you have a good example to follow for him who hopes in (the meeting with) Allah and the Last Day and remembers Allah much.” [33:21].

O Muslims, it should be evident that we are being duped and ultimately deceived into making secularism the measure of our life – where we relegate and restrict Islam, its values and rules to our personal affairs; where we instill compromise within our communities and perpetuate the secular intellectual and cultural control over the Muslims – so we become guardians of secularism instead of being guardians and ambassadors of Islam.

O Muslims, our votes do not matter and does not influence the direction of any secular state, particularly towards Islam and the Muslims – and it is politically very naïve to believe that it does. Rather it only serves the agenda of integration and the loss of the Islamic identity and values.

O Muslims, for sure we will be tested with difficulty: أَحَسِبَ ٱلنَّاسُ أَن يُتْرَكُوۤاْ أَن يَقُولُوۤاْ آمَنَّا وَهُمْ لاَ يُفْتَنُونَ “Do people suppose that they will be left alone because of their saying, ‘We believe’, and they will not be tested? Tested with that which will reveal the sincerity of their belief.” [29:2].

We cannot allow fear to dictate and determine our actions. This simply means we have moved our criteria away from halal and haram and given victory to those that work tirelessly to separate us from Islam and our Ummah. This is not the characteristic of the Muslim. Rather we must have the confidence to stand upon Islam, to preserve our Islamic identity and values, to engage and present Islam to the wider society and be the example for our children and the next generations – all of which are obligations placed upon our shoulders. And Allah (swt) warns us: فَلا تَخشَوُا النّاسَ وَاخشَونِ وَلا تَشتَروا بِآياتي ثَمَنًا قَليلًا “So do not fear people, but fear Me and do not accept a cheap price for My verses (signs)” [5:44].

O Muslims, we cannot allow benefit to dictate and determine our actions for this means that we have deferred judgement to our desires, away from the ruling of Allah (swt) a matter which is not permittedوَعَسىٰ أَن تَكرَهوا شَيئًا وَهُوَ خَيرٌ لَكُم وَعَسىٰ أَن تُحِبّوا شَيئًا وَهُوَ شَرٌّ لَكُم وَاللَّهُ يَعلَمُ وَأَنتُم لا تَعلَمونَ “And it may be that you dislike a thing while it is good for you, and it may be that you love a thing while it is evil for you, and Allah knows, while you do not know..” [2:216].

O Muslims, what matters is adhering to Islam; strengthening our loyalty to each other as Muslims; instilling confidence in ourselves to stand upon Islam; interacting and engaging with the wider society to counter the negative portrayal of Islam; exposing the hypocrisy and corruption of Western foreign policy particularly in the Muslim world; demonstrating the superiority of the Islamic values and rules; explaining the comprehensiveness of Islam as the solution and alternative; and supporting the work and obligation to re-establish Islam in the Muslim lands, the Khilafah, upon the Prophetic method.

O Muslims, the only way we can guarantee our true benefits, in this life and the next one, is by adhering to the divine Sharia rules, as it will be the criterion on the Day of Judgment. Nothing and no one could harm us except by the will and decree of Allah (swt) and we invite you to that which Allah (swt) invites us all: يَا أَيُّهَا الَّذِينَ آمَنُواْ اسْتَجِيبُواْ لِلّهِ وَلِلرَّسُولِ إِذَا دَعَاكُم لِمَا يُحْيِيكُمْ “O you who believe! Answer Allah (by obedience) and His Messenger when He calls you to that which gives you life.” [8:24]