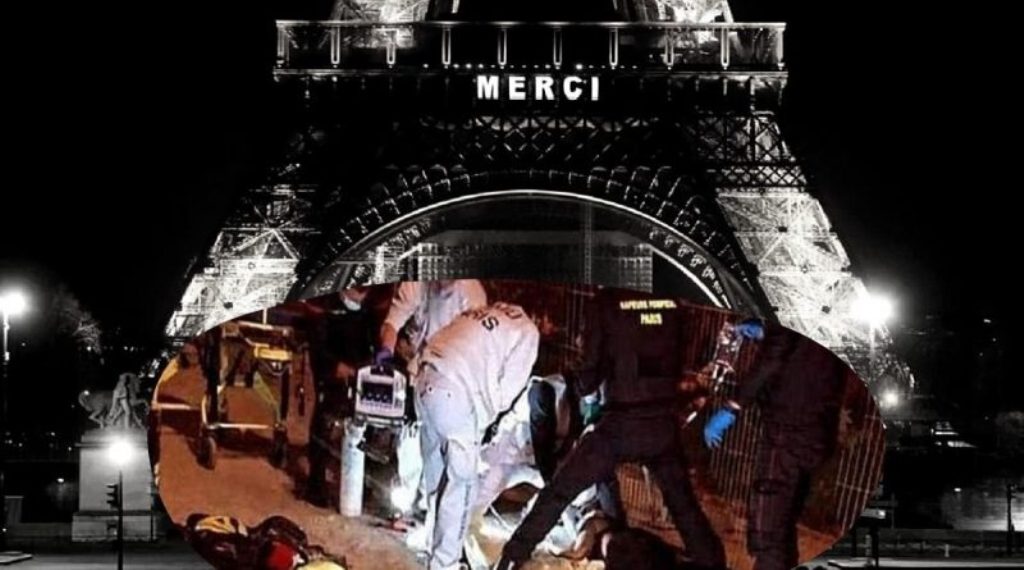 On the 18th of October, two Muslim women were repeatedly stabbed by two French women in Champ de Mars Park under the Eiffel Tower in Paris. The victims claimed that their assailants called them, “dirty Arabs” and told them, “Go home to your own country” during the attack, as well as attempting to rip off their hijabs. One of the Muslim women sustained six stab wounds and was treated in hospital for a perforated lung, while the younger victim was stabbed three times. Despite the brutal nature and obvious intention of the attack, French police initially charged the perpetrators with simple assault aggravated by the use of a weapon rather than attempted murder driven by racial and religious hatred.

This horrifying incident is only the tip of the iceberg of the entrenched racism and Islamophobia plaguing French society, caused by the intense hatred and hostility towards Muslims, instigated by French politicians and media through their relentless inflammatory attacks against mainstream Islamic beliefs. Their highly divisive, sensationalist and polarising rhetoric, such as talk of “Islamic separatism” in the country, and fighting a war against “radical Islam”, are effectively aiding and abetting the actions of racists and xenophobes and providing them justification for their monstrous actions. In a speech last year, French President Emmanuel Macron, called on the French people to rise up against “this underground Islamism that corrupts the children of France”, by identifying “the little nothings that become terrible tragedies”, and stating that this is the fight of the nation “at school, work, and in the area of daily life.” Meanwhile, his Interior Minister presented an absurd list of what he viewed as constituting potential signs of ‘radicalisation’, including “regular and ostentatious” praying, growing a beard, and declining to exchange kisses with a woman on greeting. He also suggested ludicrously that halal and kosher food aisles in supermarkets contributed to separatism in France. Undefined and ambiguous terms such as ‘radicalisation’, ‘Islamism’ and ‘separatism’ are used purposefully to taint Islam in general as being problematic and dangerous. This stigmatisation of Muslims as the ‘enemy within’, and a ‘suspect community’ due to their religious beliefs and practices, bears similarities to the treatment of Jews in Nazi Germany, reflecting how there is a thin line between secular rule and fascism.

Furthermore, Macron and his anti-Muslim government have weaponized the Charlie Hebdo and Paris attacks and the killing of the French teacher Samuel Paty, to drive through their aggressive “deradicalization policy” which conflates harmless Islamic beliefs which contradict secular liberal values, such as the rejection of insults against our beloved Prophet ﷺ, with causing division and violence. They have used such spurious allegations to collectively punish the whole Muslim community, by closing down mosques and Muslim organisations, and raiding thousands of Muslim homes and businesses, due to the actions of a few individuals. This is alongside criminalising the Muslim population for defending their religious beliefs and sanctities from vilification and attack and silencing them from challenging the countless inadequacies of secularism. The aim is to generate a climate of fear around Muslims and hold them in a chokehold to coerce them into abandoning their Islamic beliefs and force-feed them secular liberal values which they have unsurprisingly failed to intellectually convince them of. French political scientist, Francois Burgat, interpreting accurately the view of the colonial French government towards Muslims and Islam, commented, “The only ‘good Muslim’ is the Muslim who is not Muslim anymore.” The goal is clear – to create a version of Islam which fits into a confined secular framework and is no longer recognisable as the Deen of Allah (swt).

These French politicians are utterly blind to the fact that it is their secular system which has sown the seeds of division, hatred and fear between communities which affects the safety and wellbeing of all, and which has made Muslim women frontline victims of racists and Islamophobes. It exemplifies how secularism is a flawed ideology that has failed to unify nations or create societies where all feel equally respected and are able to live in harmony. Is it any surprise then, that Muslim populations in the West have increasingly rejected its defective values wholesale and embraced the enlightened Deen of Islam as their identity and path in life?!!