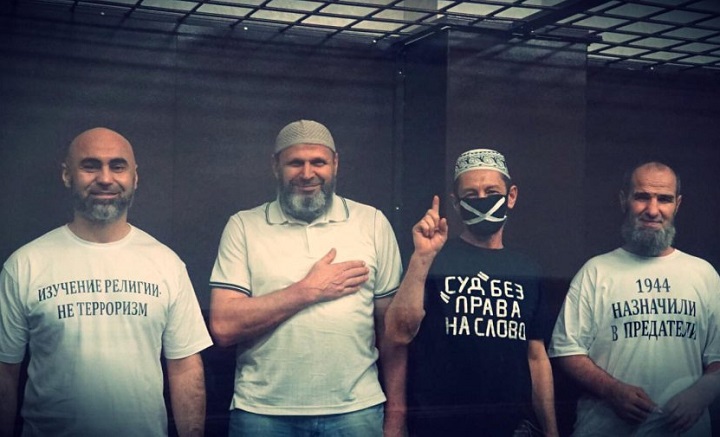 On August 17, the Crimea Info news agency reported: “Five residents of Crimea and Sevastopol were detained on suspicion of participation in the terrorist organization Hizb ut-Tahrir, banned in Russia. This was reported by Interfax with reference to its own source.

“The searches were carried out, they were detained on suspicion of participation in the activities of a terrorist organization,” the agency’s interlocutor said.

For 20 years now, the Kremlin has been fighting against the Hizb’s Shabab for life and death. Realizing their weakness against the ideas of Hizb, the authorities are trying to denigrate Hizb in the eyes of society, accusing Hizb of terrorism and extremism, an attempt to seize power, etc. At the same time, the government issues harsh laws and long terms of punishment against the dawah carrier in order to intimidate their people, no matter what anyone thought to follow the Hizb.

This position of the dawah carrier in Russia reminds the position of the first Muslims in Mecca. Then the Quraysh persecuted the Prophet (saw) and the first Muslims. Those in power in Mecca accused our beloved Prophet (saw) of being a sorcerer, and all his words are witchcraft, through which he separates father from son, brother from brother, wife from husband and relative from relative. So the Quraysh tried to turn the people away from the Prophet (saw) so that they would not listen to him. Muslims were chained, tortured and killed, with only one purpose to force them to renounce their faith.

But, despite all the cruel persecution of the Quraysh and their desire to stop the call of the Prophet (saw), the Muslims tolerated and relied on the promise of Allah, and Allah gave victory to the Muslims, and soon the Muslims took Mecca without a fight. Today, dawah carriers in Russia, like the first Muslims in Mecca, pass the test with dignity and rely on the promise of Allah. And with the will of Allah in the near future, Allah will grant us victory, and then the believers will rejoice!