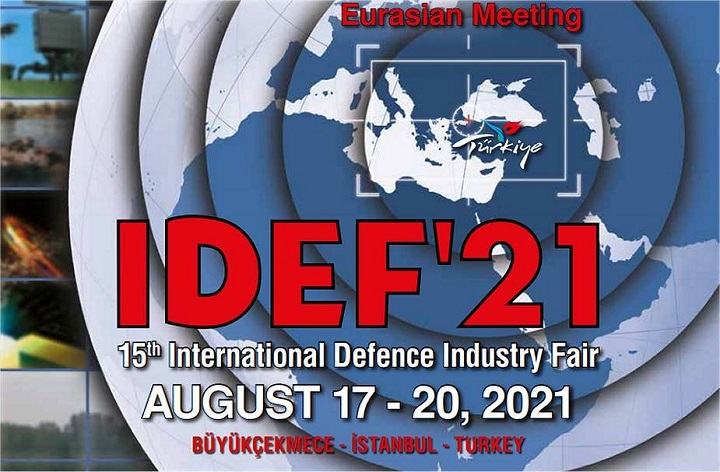 The TF aircraft being developed by Turkish Aerospace is arguably the jewel in the crown of an industry that is widely viewed as one of Turkey’s foremost sectors. It featured prominently at the International Defence Industry Fair in Istanbul this week. The fighter, which will replace the Turkish Air Force’s ageing F-4 and F-16 jets, is due to be unveiled to the public in 2023, the centenary of the founding of the Turkish republic, and is expected to be operational two years later. “All the missile systems will be from local companies,” said Zengin, pointing to rows of missiles produced by Roketsan and Tubitak under the plane’s wings. “The final objective is to have an aircraft that is 100 percent Turkish, although initially it will use an F110 engine,” he added, referring to the GE Aviation-designed engine built under licence in Turkey. The introduction of the TF – previously known as the TF-X until passing the experimental stage – has gained added urgency after Turkey was kicked off the US-led F-35 stealth fighter project. Ankara was removed from the programme in 2019 after it acquired Russian S-400 missile defence systems that the US claimed threatened the F-35’s secrets. It had ordered more than 100 of the jets and invested at least $1.2bn in developing the fighter with other Western allies. Washington later imposed sanctions targeting the Turkish defence industry over the S-400 purchase, although these seem to have done little to dent Turkey’s race to produce cutting-edge weaponry. [Source: Al Jazeera]

Turkey likes to show off its new capabilities to international observers, but does not use such weapons to protect Syrians from Assad, the Palestinians from the brutality of the Jewish state or safeguard the Kashmiris from the subjugation of Hindu despots. Then, what is the use of such weapons?

Washington has blocked access to reserves in US banks as IMF puts hold on $460m in pandemic funding. The people of Afghanistan are facing “dire” financial prospects, the former head of its central bank has warned, cautioning that an acute shortage of dollars and higher inflation will fuel the flow of migrants out of the country. Ajmal Ahmady, who escaped Kabul on Sunday, told the Financial Times that Afghanistan had been dependent on bulk shipments of dollar reserves from the US and was now rapidly running short, leading to the likelihood of higher food prices and capital controls. “If people think, it’s bad but it’s over, I think they’re underestimating the impact… we’ve finished the military phase and now we’re going to start the economic phase of the impact,” Ahmady said in a telephone interview on Wednesday.  “It’s going to be quite dire” when “people will not be able to access the funds they need from the banking sector”, he warned. The Afghan economy has a large trade account deficit and is dependent on military spending, foreign aid and access to about $9bn of currency reserves. All of those sources of funds have been extinguished or are drying up, Ahmady said, adding that living standards would now drop “significantly”. If you think the situation at the airport is now bad, I think over the medium term you’re going to see major, major migration flows from Afghanistan and, unfortunately, if Europe or other countries think that they could stop that, you simply can’t,” he said. Ahmady’s comments came as the Taliban leadership was rushing to work out how to run Afghanistan after the militant Islamist group’s exiled leaders returned to a country that had changed profoundly since it was driven from power 20 years ago. Afghanistan had $9bn in foreign reserves last week, but most of this is held in international accounts that have been frozen, Ahmady said. The Biden administration has blocked Taliban access to Afghan central bank reserves held in US banks, a US official told the Financial Times. Some Taliban members are on the US sanctions list.    On Wednesday, the IMF also announced the Afghan government would not receive a previously scheduled disbursement of special drawing rights, which are a form of reserve asset equivalent to newly minted money. The country was set to receive an estimated $460m on Monday as part of the fund’s global programme to deal with the coronavirus crisis, but resistance to recognising the Taliban-led government thwarted the allotment. “There is currently a lack of clarity within the international community regarding recognition of a government in Afghanistan, as a consequence of which the country cannot access SDRs or other IMF resources,” an IMF spokesperson said. “As is always the case, the IMF is guided by the views of the international community.” [Source: Financial Times]

America is deliberately holding back funds as a leverage to pressurize the Taliban to make concessions in the upcoming political settlement. A great deal depends on how the Taliban respond. Hitherto, the Taliban have not articulated a vision for the country or presented a detailed constitution. The announcement has been limited to making Afghanistan into an Islamic emirate with no further details provided.

Former US President Donald Trump launched on Saturday a sustained attack on President Joe Biden’s handling of the retreat of American forces from Afghanistan, which he called “the greatest foreign policy humiliation” in the country’s history. Trump, a Republican who has dangled the possibility of running again for president in 2024, has repeatedly blamed Biden, a Democrat, for Afghanistan’s fall to the Islamist militant Taliban, even though the US withdrawal that triggered the collapse was negotiated by his own administration. “Biden’s botched exit from Afghanistan is the most astonishing display of gross incompetence by a nation’s leader, perhaps at any time,” Trump said at a boisterous rally packed with his supporters near Cullman, Alabama. Taliban leaders are trying to hammer out a new government after their forces swept across the country as US-led forces pulled out after two decades, with the Western-backed government and military crumbling. For his part, Biden has criticised the Afghan military for refusing to fight, denounced the now-ousted Afghan government and declared he inherited a bad withdrawal agreement from Trump. At the rally, Trump blamed the situation on Biden not having followed the plan his administration came up with and bemoaned US personnel and equipment being left behind as troops withdrew. “This is not a withdrawal. This was a total surrender,” he said. Trump said the Taliban, with whom he had negotiated, respected him. He suggested the quick takeover of Afghanistan would not have happened if he was still in office. “We could have gotten out with honour,” Trump added. “We should have gotten out with honour. And instead we got out with the exact opposite of honour.” [Source: Dawn]

Trump can criticize Biden all he wants. The truth is that America was covering up its failings in Afghanistan for the past decade and the US exit revealed failings of successive American administrations. The American century is over.