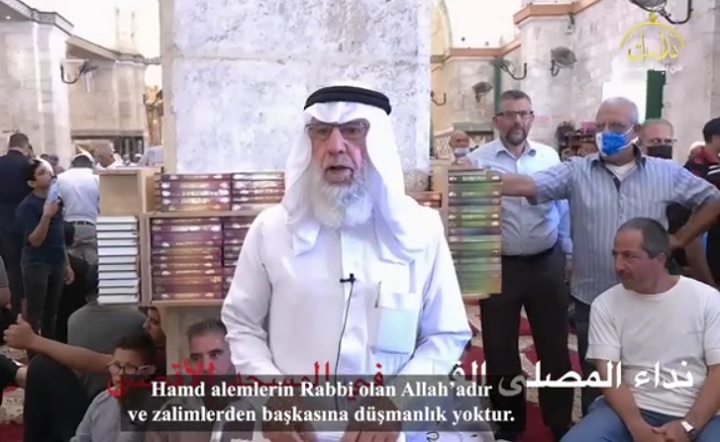 • In an urgent manner, America withdrew, whilst Taliban rapidly gained control over all of Afghanistan, except for its airport. And what a state the airport was in. US, NATO and Turkish troops secured the movement of aircraft, carrying foreign nationals and Afghan collaborators, amidst throes of chaos, painful and humiliating scenes and glaring displays of inadequacy.

• Thus, America withdrew from the graveyard of empires, humiliated and defeated, leaving in its wake hundreds of thousands of martyrs from amongst the Muslims of Afghanistan, after claiming that it had ended its mission of vengeance against those who perpetrated the events of September 11, twenty years ago.

• They withdrew under the strikes of the Mujahideen, but by way of the Doha negotiations, that gave an authority for the kafireen over the mu’mineen (disbelievers / believers).

• We are aware that there are truthful and sincere brothers in the Taliban, who turned away from dependency upon the West, in the last days of their first era of ruling. We advised them at that time to declare the Second Khilafah (Caliphate) upon the Method of Prophethood, but they refused. Thereafter, we came to know that they regretted, for after the opportunity is passed over, there is only regret… As for now, we repeated our advice to them and we approached them to stop negotiating with the Americans, so that the Americans do not achieve what they could never achieve in war. We approached them to affirm that the principle cause of the Muslims is the restoration of the Khilafah, obligated and promised by Allah (swt), in obedience to the Messenger (saw) and within his (saw) glad tidings. We approached them so that they know that participation in ruling that is a mixture of Islam and secularism is not accepted by Allah (swt), for Allah (swt), Al-Qawwi, Al-Azeez, only accepts that which is pure. Indeed, Islam, in its entirety, confronts Kufr, in its entirety, until Islam prevails and dominates and this is the clear success. As for sinking in the quagmires of negotiations, maneuvering and conditional authority, this is the manifest loss.

• O Taliban! We call upon you from Al-Masjid Al-Aqsa and say: You are stronger today than ever before, having become rulers of the land of the Afghans, just as the Khazraj ruled Yathrib. It was when the Khazraj followed the Truth and gave Nussrah to the Dawah of Truth, pledging to the Prophet (saw) to protect him (saw) from what they protect their women and their wealth, in the Second Pledge of Aqabah, that Allah (swt) granted them Nasr (Victory) and established the Upright Deen in their abodes. They established the first Islamic State, such that Islam arrived to both us and you by way of Jihad and conquests. Then Bait Al-Maqdis was opened during the era of ‘Umar Ibn Al-Khattab (ra) and he built Al-Masjid Al-Aqsa for the first time, in the land of Al-Isra and Al-Miraj. Thereafter, Salahudin (rh) liberated it from the Crusaders.

So be the new Khazraj and give Nussrah to those who carry the Dawah and have prepared the constitution of the state, so that your power coalesces. It is then that Afghanistan can declare the Second Khilafah Rashidah State on the Method of the Prophethood. Thereupon, the people of Pakistan will rapidly depose their traitorous rulers and unify within the entity of the Khilafah, followed by all the states of the Ferghana Valley, in a rapid and astonishing unification. Then you will come to Bait Al-Maqdis as conquerors and liberators, to our Aqsa, your Aqsa and the Aqsa of all the Muslims, liberating it from its captivity, as saviors. This is so that you may attain the honor that the Khazraj did, through Nussrah to the Messenger of Allah (saw).

O Taliban: This is the truth, (فَمَاذَا بَعْدَ الْحَقِّ إِلَّا الضَّلَالُ) “So what is after the Truth but Misguidance?” [TMQ Surah Yunus 10:32].

Following the Truth is that which saves you, saves us and all the Muslims from the evident calamity that we are in. Allah (swt) said,

“O you who believe! Respond to Allah (swt) and His Messenger (saw) when he calls you to that which gives you life. And know that Allah (swt) intervenes between a person and his heart and that to Him you will be gathered.” [TMQ Surah al-Anfaal 8:24].

So, O Allah (swt), bind the hearts of our brothers in the Taliban, and make them from the Ansaar of this age and gather us, them and all the Muslims in a single state, under one banner, for you are the Guardian of that and the One who is Capable over it.