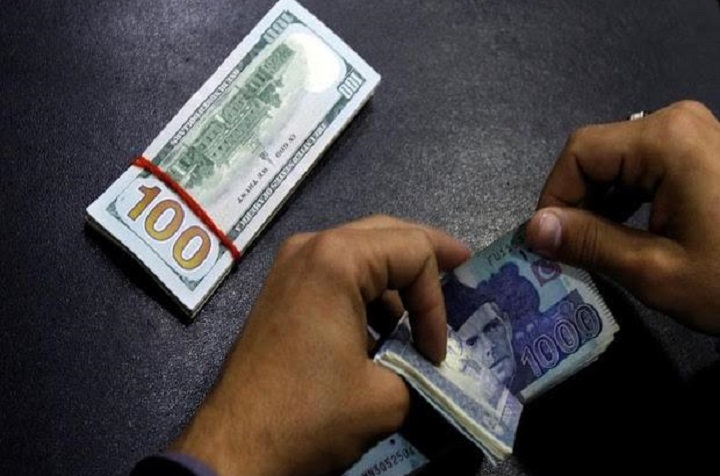 The Pakistani currency touched a critical threshold of Rs 200 in the open market against the US dollar during intraday trading on Wednesday, 18th May 2022, mainly due to the country’s depleting foreign exchange reserves and high imports, whilst drowning the people in inflation.

Pakistan’s visionless ruling elite have no solution but to turn to the IMF and perpetuate the cycle. IMF conditions ruin the economy and deepen the debt trap. IMF dictates the increase in the price of oil, electricity, gas and the increase in taxes, which results in increasing the cost of doing business and manufacturing, as well as more borrowing with riba. IMF prescriptions unleash a tsunami of inflation, crushing the people in hardship. Then, each government blames the last for crimes that it is about to commit itself!

The current global economic order, established through the Bretton Woods Agreement and System, has ensured the concentration of the wealth in the West and China, leaving the rest of the world destitute. Washington’s back yard, Latin America, has constantly teetered on default, whilst drowning in debt, even though many countries within it are resource rich. On 15 February 2022, the World Bank issued a warning that about seventy developing nations facing a debt crisis. These countries include Sri Lanka, Egypt, Argentina, Kenya, Peru, South Africa, Turkey and India.

Global economic injustice is because international trade is linked with the currency of a single state, the US. If the US economy catches a cold, the world sneezes. Every country has to chase dollars, which they can never earn through exports due to their basic industry. To meet the dollar gap, the IMF intervenes with its destructive prescriptions that put the economy on the ventilator.

Pakistan and the whole word needs a new world economic order. Under Islamic Shariah law, local and international trade takes place in gold and silver or a currency based on gold and silver. This had been the norm in the era of the Khilafah for centuries and will be again upon the return of the Khilafah (Caliphate) on the Method of Prophethood. In addition, the Khilafah will unify the energy rich Muslim Lands, abolishing the need for expensive oil and gas imports. The Khilafah will supervise rapid industrialization, reducing the need for expensive imports of machinery and tech. The Khilafah will abolish the evil of interest, which has led to the systematic ruin of the world’s most resource-rich countries in the world. Allah (swt) said,

“So that wealth may not merely circulate solely among your rich.” [TMQ Surah Al-Hashr 59:7].