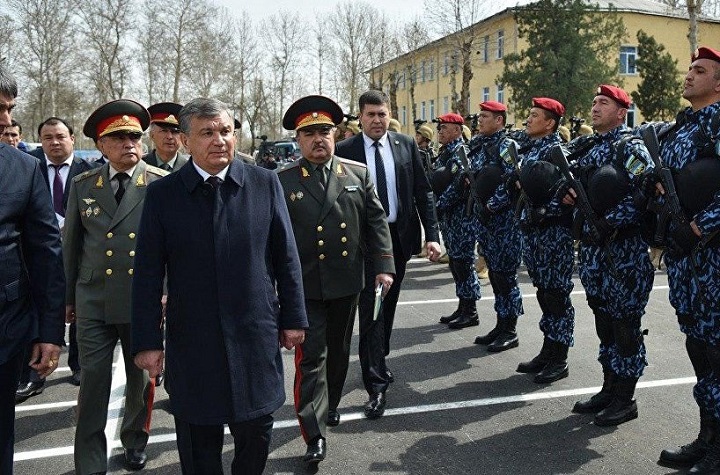 On June 28, 2021, the Uzbek Ministry of the Interior posted a video on the Internet entitled: “Beware the propaganda of the extremist terrorist organization and its ideological leaders!” In it, as usual, the label “terrorist” was affixed to Hizb ut Tahrir, and the entry of people who leave abroad to work or study under the influence of Hizb ut Tahrir’s ideas was portrayed terribly! It says in particular the following:

“… At the moment, among the terrorists who are actively engaged in the Uzbek-speaking audience of YouTube, Telegram, Zoom and WhatsApp programs for recruitment into the party ranks, there is a person under the alias Mahmoud Abdul-Momen, a Kyrgyz citizen who is currently in hiding in Ukraine and a person under the alias Mansur Amin, who is an Uzbek citizen, and Islam Abu Khalil, who is hiding in the Kingdom of Sweden, etc. So, be vigilant, the activities of the party are prohibited on the territory of the Republic, and by a decision of the Supreme Court of the Republic of Uzbekistan, the aforementioned organization has been declared a terrorist. Membership in Hizb ut Tahrir and participation in its work in any way, providing financial assistance and publishing any information for the Tahriris on the Internet and among the population will be considered by investigative and judicial authorities as the activity of a terrorist organization and be grounds for bringing to criminal responsibility and prosecution…”.

During his reign, the tyrant Karimov declared that he would “fight ideology with ideology,” but he remained helpless in the face of the ideology of Islam; because he had no ideology. Therefore, for 30 years, he fought fiercely against Islam and Hizb ut Tahrir, which carries its ideology, and turned many children into orphans. Thousands of Muslims, including members of Hizb ut Tahrir, were imprisoned for long periods and subjected to brutal torture. The current regime, which inherited Karimov’s regime, is following in its footsteps and fighting in the same way the true Islam, the Hizb and its Shabab the Dawah carriers who spread the ideology of Islam, because Muslims, especially youth who are tired of the vulgar sermons of the sultans’ scholars, find the true concepts of Islam in the books, lectures and activities of the Hizb.

Of course, the Uzbek regime and its masters, the colonial United States and Russia, are concerned about this; this is because Hizb ut Tahrir endangers the interests of the actual terrorist states the United States and Russia by exposing their political machinations in Central Asia and other areas of Muslim countries. That is why in Russia members of Hizb ut Tahrir are sentenced to 20 years or more in prison. For example, as happened recently in Crimea, the Russian regime brutally shot a Muslim when the Russian regime was losing in terms of human rights! Behind the scenes, the Russian colonial government is inciting puppet regimes to take repressive measures against Hizb ut Tahrir and any groups that call for the implementation of Islam. Mirziyev’s government follows Russia’s policy of war against members of Hizb ut Tahrir, paving the way for post-election repression and trying to accustom the people to it.

It is ironic not to regard the terrorists, corrupt tyrannical rulers who handed over Uzbekistan’s wealth of oil, gas and gold to the colonial Kuffar and force people to buy gas from them, burdening the people with millions of dollars in debt to the colonialists, and usurping from the people their last penny, it is ironic not to consider them traitors, but to consider the Shabab of Hizb ut Tahrir who introduce the people to their true essence and bring them out of darkness into the light of Islam as traitors!!

The hypocrisy of the Uzbek regime can be learned from the fact that it previously declared the Taliban in Afghanistan a terrorist movement. Today, when the situation in Afghanistan has changed, the Minister of Foreign Affairs of Uzbekistan, Abdul Aziz Kamilov said that he does not consider the Taliban a terrorist organization! Today, this regime, which has failed in the face of the ideology of Islam held by Hizb ut Tahrir, is causing an uproar and declaring Hizb ut Tahrir an “extremist terrorist organization”!

Today, the capitalist system, whose ship was pierced, is sinking. In Uzbekistan, as in the rest of the world, people are increasingly resentful. Therefore, no matter how hard the Uzbek regime tries to distort Hizb utTahrir, it will not be able to block the sun with a mesh because the Ummah has awakened; thus, Hizb ut Tahrir has come close, with Allah’s permission, to the establishment of the Khilafah Rashidah (rightly guided Caliphate) State on the method of the Prophethood, and bringing humanity from the darkness of this capitalism to the light of Islam.

“They want to extinguish the light of Allah with their mouths, but Allah refuses except to perfect His light, although the disbelievers dislike it.” [At-Tawba: 32]