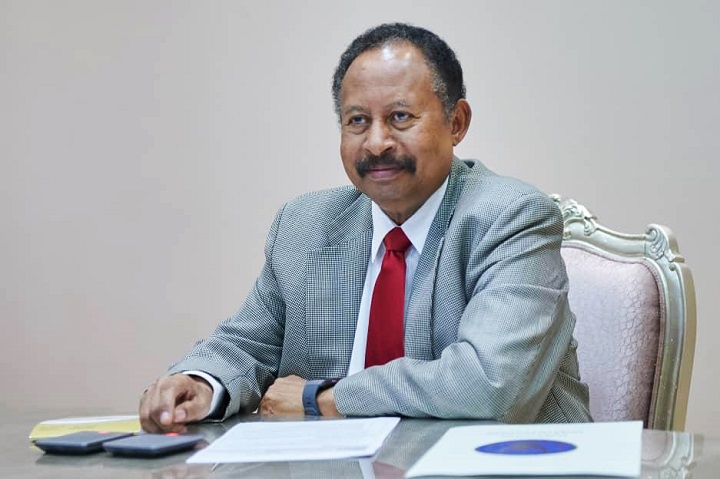 Prime Minister Abdalla Hamdok renewed the transitional government’s commitment to empowering women politically and economically and enhancing their participation in public life, pointing to their leading role in the glorious December revolution. This came when he met in the Council of Ministers, with Women of Sudan, in order to reflect on the Prime Minister’s initiative to fortify the democratic path in the country, which they described as a national initiative around which the Sudanese people must rally, with the importance of women’s representation in the electoral law committees. (Sudan News, 30 June 2021). On the same day, the Sudan News Agency reported that “Kristalina Georgieva, Director of the International Monetary Fund (IMF), has described what Sudan has achieved to reach the stage of the Heavily Indebted Countries Initiative (HIPC) as “landmark achievement” and said that her institution will continue to support Sudan’s youth and women, who led the country to this historic transformation.

There is a close connection between the programs of the IMF, and the idea of ​​empowering women that was born from the same womb of the greedy capitalism. We do not find a country that implements these policies without increasing women’s crises and problems in it, due to the shortcomings and contradictions of man-made systems. The United Nations had taken measures and programs, and established associations and institutions and prepared conventions, conferences and seminars, all to encourage women to go out to work, and they assure women that this is the way of salvation to secure their lives away from male domination, to prove themselves and their personality, and be treated fairly and to obtain their rights.

With these glossy slogans, the West adorned women to go out to work, taking advantage of the aggravated poor economic conditions, so women were exploited in jobs and labour with low returns. Despite that, there is no solution for women except by making work and employment her first priority at all. So, what did women gain from these policies other than misery and systematic injustice, that keep women suffering as long as they still live under the greedy capitalist system, which is the main cause of poverty and suffering; due to the corruption of capitalist free market policies that manipulate foreign and internal trade systems and the tax system, for the benefit of major capitalist companies at the expense of local merchants, which makes the countryman, a man or a woman, prey to dire economic conditions.

Where is the idea of ​​empowerment and women’s rights when they are forced to go out to work under the pretext of equality and economic empowerment? The woman endured what she could not bear. Rather, they made her struggle to spend on herself, and sometimes on her children, although this is the duty of the man, which generated disputes and the disintegration of families, and the woman hardly finds time to sit with her children and care for them, as she has become the breadwinner of the family in the absence or presence of the husband. These changes in tasks and duties led to another problem, which is postponing the idea of ​​marriage and motherhood, and engaging in work to achieve this demonic idea (empowerment of women), which resulted in the phenomenon of non-married women that is harmful to society.

Islam did not impose work on women, but rather made it a choice under safe and Shari’ conditions, and prohibited the exploitation of women in any work that detracts from their dignity and humanity. Islam has made women’s maintenance a duty over the man, and an obligatory share from his money, and it is not a favour from him. There is no system that protects women and enables them except the system of Islam with its detailed economic policy, from the Lord of women and men, capable of providing economic prosperity for all. As for maintenance, it is the duty of women’s male relatives, and if they fall short, it is the duty of the state, at the same time she is given the right to work in safe and dignified conditions, in which no exploitation or abuse, so work becomes a matter of luxury and not a sole solution for the continuation of life as they claim.