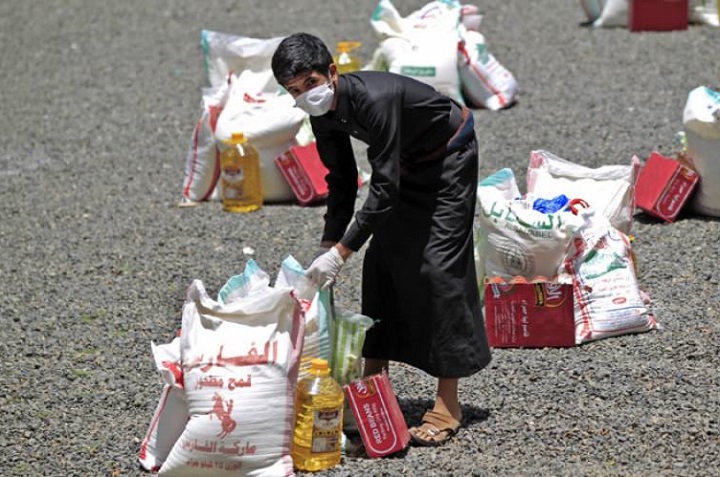 In a step that is not new, the World Bank announced on 07/01/2021 its approval to provide an additional grant to the Salvation Government in Sana’a, which was amounting to 150 million dollars – according to what was reported by Mareb Press – within the framework of grants provided by the World Bank throughout the years of the war in Yemen to both sides of the conflict. The World Bank issued a statement saying that “new grants for the Emergency Human Capital Project will help preserve institutions.” The loan will be paid to the United Nations agencies working in Yemen represented by the World Health Organization, the United Nations Children’s Fund (UNICEF), and the United Nations Office for Project Services to spend the specified and selected loan from the World Bank, far away from the Houthis’ expectation. Through the tongues of paid economists, the World Bank claims the success of its previous projects, which are not visible to the eye, taking advantage of the environment of conflict and violence behind it. The World Bank and those behind it maintain economic control over the Houthis, and the Houthis will not be able to escape from it no matter how hard they try.

Is this not the United Nations that you, the Houthis, insult in your speeches and on the pages of your newspapers, with which you deceive your followers, while you accept its defiled hand that it extends to you, to offer you money, instead of breaking it as you mobilized the followers?

The Houthis declared war on Allah (swt) by dealing with usury. We wonder, how will the Houthis achieve the desired interest from the loans of the World Bank, which has appointed a trustee for you to entrust the disbursement of the loans granted to you? Insolently, it presents itself as the savior of the country which it describes as the poorest and which is witnessing the worst humanitarian crisis in the world since 2015.

The bank was implicated in it, with its recommendation to the Basinduwa government to conduct a dose of subsidy buds on the prices of oil derivatives, in accordance with its economic reforms that it began to be implemented for Yemen in 1995, and it has not yet finished, until they ensure that Yemen is left with nothing on the ground and completely bare from its resources if its hand is not removed from it. Countries before Yemen stopped accepting the economic reforms of the World Bank and stopped paying usurious instalments to it. We do not know how the Houthis will achieve economic independence, which they fill with talk about in the media, and only the minds of the poor followers, and in fact they are economically mortgaged to the economic institutions of the West?

The economic support provided by the World Bank to the Houthis is at first and last a goal to support them in filling the stomachs of the people, and the most important thing is to include them within the plans of the World Bank to seize Yemen’s economic wealth, including the purchase of profitable economic assets in it.

Stopping dealing with the World Bank will only take place in the event of the establishment of the Khilafah Rashida (the second Rightly-Guided Caliphate) upon the method of Prophethood that Hizb ut Tahrir is working to establish, and with which it will permanently stop dealing with usury. Allah (swt) said:

“O believers! Fear Allah, and give up outstanding interest if you are ˹true˺ believers * If you do not, then beware of a war with Allah and His Messenger! But if you repent, you may retain your principal—neither inflicting nor suffering harm.”, and the Messenger of Allah (saw) said in his farewell sermon: «وَرِبَا الْجَاهِلِيَّةِ مَوْضُوعٌ وَأَوَّلُ رِبًا أَضَعُ رِبَانَا رِبَا الْعَبَّاسِ بْنِ عَبْدِ الْمُطَّلِبِ فَإِنَّهُ مَوْضُوعٌ كُلُّهُ»“The usury of the pre-Islamic period is abolished, and the first of our usury I abolish is that of ‘Abbas b. ‘Abd al-Muttalib, for it is all abolished.”