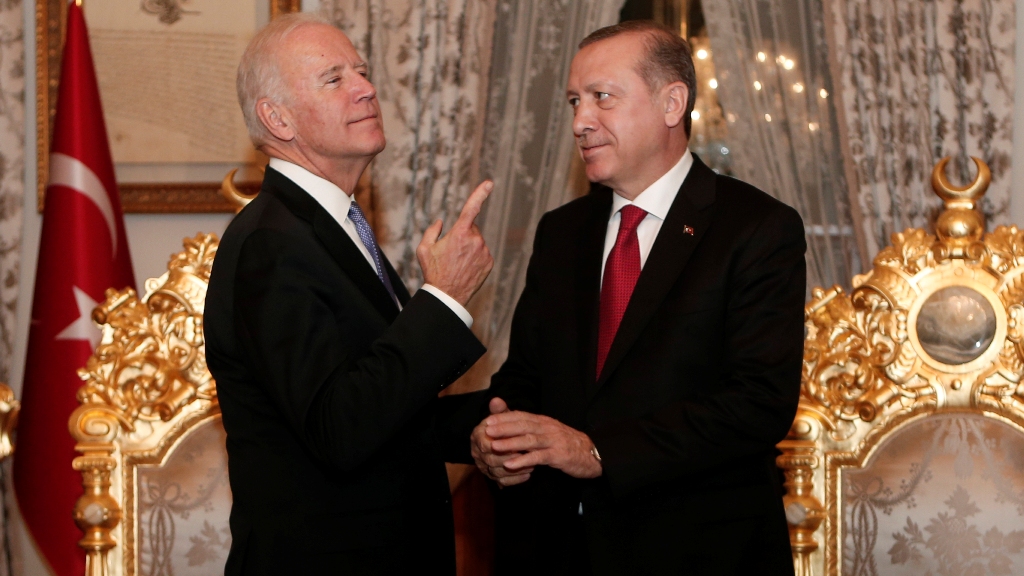 It was reported that Democratic candidate Joe Biden won the 59th presidential election, held in the USA on November 3. According to the data from the Associated Press, Biden received 49.6 percent of the votes and picked up 20 delegates in the state. Thus, increasing the number of delegates from 253 to 273, Biden became the elected president of the USA. (www.aa.com)

As is known, the American presidential elections held in November have been discussed exceedingly, far from usual. Before the elections, Trump had said there would be rig in the elections, especially, the situation would occur with the postal votes and he would bring the matter to the judiciary. However, as a result, it became definite that Biden won the elections and Trump unwillingly accepted it.

However, in the months before the elections, there was a tendency toward Trump in Turkey’s media, and especially, commentators continuously crticized Biden for his statements against Turkey. They made comments meaning that in case Biden wins the elections, Turkey would expect difficult days.  But, ironically, after few days following the elections, when the data showed that Biden won, they started to change their tune. The previous comments against Biden became more moderate. They began to make statements that the US – Turkey relations would not be that different in Biden’s presidential period than it was during the Trump’s.

There are some issues that need to be known regarding the US – Turkey relations as well as the foreign policy of America. Generally, it is possible to summarize them as follows.

2- Politics in America is not just determined by the president or the White House. There are some institutions determining the politics of America. Pentagon, White House, Senate and think tanks are institutions that are effective in determinig the American politics. That is why, in principle, the foreign policy of America towards Turkey will not change in the Biden’s period that will follow the Trump’s as it did not change in Trump’s period who came after the end of Obama’s term of office. The only thing that will change will be the interests of America. The priorities of decision-making institutions of America in foreign policy will be decisive.

All these show that during Biden’s period, as it was during Trump’s period, Erdoğan will be fully in a line with American politics and America’s interests will be prioritised instead of Turkey’s, because during Erdoğan’s period, America concentrated on proxy war instead of using its troops in military operations and have carried out operations in Syria and Libya fields via Turkey. That is why Erdoğan and his party, by following same politics in Biden’s period, as they did with their relations with Trump, will put forward all their power to fully fulfil America’s requests in terms of Biden’s interests of and those who are close to him.