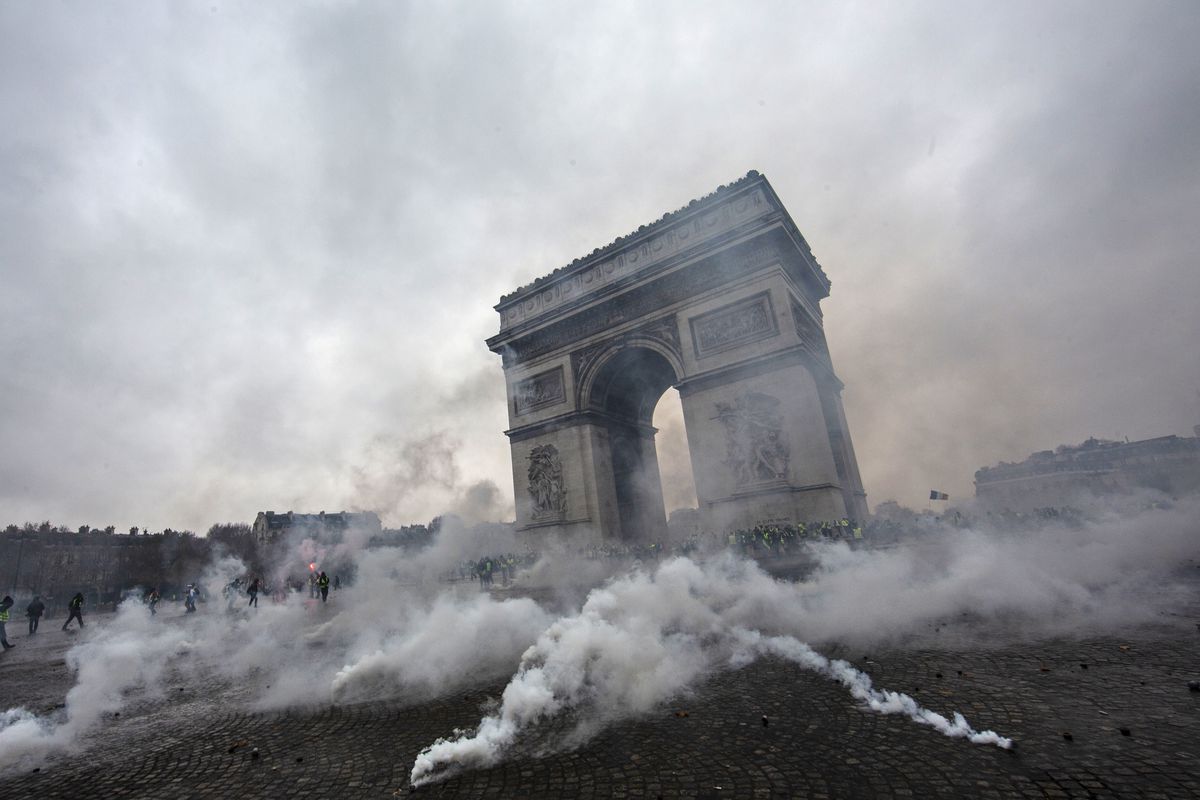 The French Senate called on the country’s government to recognize the Nagorno-Karabakh Republic.

Bruno Retayo, the chairman of the Republicans’ parliamentary faction, said: “This is not a local conflict at all, primarily because of Turkey’s involvement in it, led by Mr. Erdogan, the decisive role it (Turkey) played. And all in the name of neo-Ottomanism, expansionist politics, national Islamism. This is a threat to peace everywhere, a threat to our interests.” (https://ru.euronews.com/2020/11/26/french-senate-nagorno-karabakh)

In the past few weeks, French officials have become newsmakers through their repeated attacks on Islam and Muslims.

On October 2, French President Macron announced that he intends to build Islam “living in peace with the Republic” and thus announced a new bill to combat Islamist separatism.

At the same time he stated: “Islam is a religion that is in crisis all over the world, not just in our country.”

The discussion on the bill received a new impetus on October 16, when Samuel Paty was killed in the suburbs of Paris, who a few weeks earlier had shown to his students caricatures of the Prophet Muhammad ﷺ.

In parallel with these events, an escalation began between Azerbaijan and Armenia in the territory of Nagorno-Karabakh.

And now, 16 days after the signing of a peace agreement between the heads of Azerbaijan, Armenia and Russia on November 26, 2020, the French Senate decided to call on the country’s governments to recognize the so-called Nagorno-Karabakh Republic.

This initiative of the French senators should be correctly considered as part of the French campaign of attacks on Islam and Muslims, which was eloquently expressed in the words of Bruno Retayo about “national Islamism” and “a threat to peace everywhere, a threat to our interests.”

In fact, what the French leaders care about is not the secular nature of the Republic, but the likelihood of losing an election, be it presidential, parliamentary or municipal elections.

In the actions of French officials, one can clearly observe populist attempts to consolidate the electorate in the face of a common threat, in this case the so-called Islamism.

In fact, in the series of events that we are witnessing today in France, we see trends that have covered most European countries and even the United States for several years now.

2016 Trump’s victory in US, Brexit in Great Britain, rise of populist parties in Germany, Bulgaria, Poland, Czech Republic, Hungary, Italy, Slovenia and other European countries, obviously show that the West is ill with populism.

According to a research initiated by The Guardian, over 25% European people support populist parties.

Such trends in Western countries indicate about ideological decline in these societies, when people do not support concrete ideas, programmes or reforms and as result traditional parties, but support new faces, which supply simple but frequently unachievable ideas about “struggle with eternal inequality and corrupted elites” or narrative about “external treat”.

This is the reason why some traditional parties and politicians have decided to resort to populism, and in particular, President Macron began to consolidate French society in the face of the “Islamic threat”.

In the end, we insist that today we witness ideological weakening of Europe and even the US. This creates favourable conditions for Islamic Ummah that desires to return back to the world arena as an influential and even leading state.

Undoubtedly, capitalism is in crisis today, along with the societies of Europe and the United States, while Islam is on the rise and is experiencing an era of unprecedented renaissance.

Head of Media Office of Hizb ut Tahrir in Ukraine