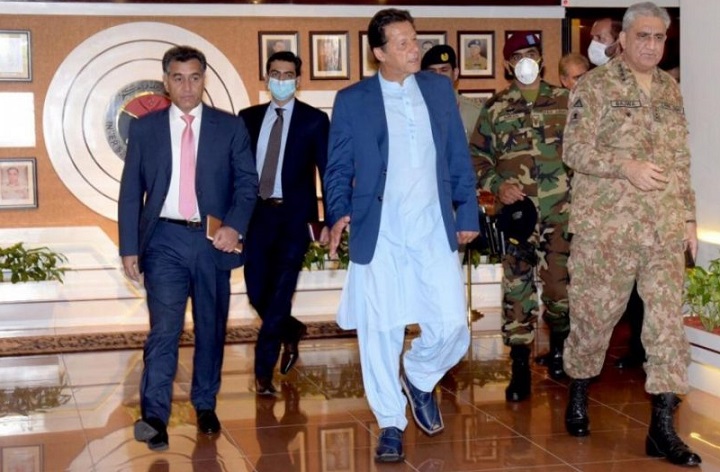 Sophisticated weaponry in the hands of the cowardly US armed forces in Afghanistan was no match for poorly armed Muslims of the tribal areas of Pakistan and Afghanistan, who feared none but Allah (swt), whilst aspiring for martyrdom or victory. The illusion of US military might has been shattered in the eyes of Muslims, whilst the US has had its confidence severely shaken over the prospect of any new war against the Islamic Ummah. However, though the US is stumbling it has not fallen yet, whilst looking to steady itself through support of the rulers of Muslims.

As always during its times of desperate need, the US has sought support from its allies amongst the rulers of Muslims. The rulers of Turkey have agreed to send troops, even though they did not when the Masjid Al-Aqsa called for armies. As for Pakistan’s rulers, they have exceeded the expectations of the US. The rulers of Pakistan have confirmed that they will maintain vital, supporting GLOC and ALOC supply lines for the US regional infrastructure, without which it would be crippled within days. As an additional support, the Bajwa-Imran regime secures America’s intelligence nerve centers that are stationed within the US Consulate in Karachi and the US embassy in the capital of Pakistan, Islamabad. These centers can spy on sensitive regional communications, including those of Pakistan’s military and intelligence, whilst US regional infrastructure would be severely impaired, if not blinded, without them.

The Bajwa-Imran regime is supporting Washington even though America’s regional projects have always harmed Pakistan, whilst exploiting Pakistan’s considerable capabilities to further the interests of the US and the Hindu State. Through alliance with the US, Pakistan was exploited to allow the US invasion of Afghanistan, after which the world’s largest terrorist organization, America’s CIA, ignited fires of chaos within Pakistan. As a direct consequence, Pakistan lost hundreds of billions of dollars and tens of thousands of lives, whilst the Hindu State rooted its disruptive influence in Afghanistan in a way it was never able to do so before.

The Bajwa-Imran regime is now supporting US regional infrastructure after the withdrawal, without which the rising regional influence of the Hindu State would crumble and collapse. In addition, the regime is carefully tying Pakistan to regional connectivity with the Hindu State to make India a regional hub. As if that were not enough, the Bajwa-Imran regime is also normalizing the surrender of Occupied Kashmir, so that the Indian armed forces are freed up for regional mischief on Washington’s behalf.

Indeed, the Bajwa-Imran regime invites the Wrath of Allah (swt) to visit us by allying with the US, even though the US wages war against Muslims itself, whilst supporting the Hindu State and the Jewish entity in their wars of occupation and hostility. Allah (swt) said,

“Allah forbids your alliance with those who fight you because of your Deen, and drive you from your homelands, or aid others to do so: and as for those who turn to them in alliance, they are truly oppressors.” [Surah al-Mumtahina 60:9]. Is there still a sane one, of sight and insight, that can support the regime’s blind cling to the US?

Rather than a source of strength and prosperity, alliance with hostile kafir states is the singular cause for our weakness and poverty, as well as our decades of regional turmoil. Indeed, alliance with hostile kafir states wastes our huge potential, whilst making our situation fragile by allying with those who wage war against our Deen. Allah (swt) warned,

“The example of those who take allies other than Allah is like that of the spider who takes a home. And indeed, the weakest of homes is the home of the spider, if they only knew.” [Surah Al-Ankabut 29:41]. Yet, the Bajwa-Imran regime is treacherously advancing the US agenda, regardless of the harm it brings to the people that you are ready to lay down your lives to protect.

By the Grace of Allah (swt), you collectively are the men of Nussrah, Strength and Prevention, who can halt the treacherous regional advance of the Bajwa-Imran regime. You fought side by side as brothers to expel Soviet Russia from the region and now you must do the same to America. It is upon you now to give your Nussrah for the only state that will strengthen and unify the Muslims against our enemies, the Khilafah (Caliphate) on the Method of Prophethood. Allah (swt) said,

“Those who take disbelievers for allies instead of believers, do they seek power with them? Verily, then to Allah belongs all power.” [Surah An-Nisa’a 4:139]. Only then will Pakistan’s fertile plains and reviving rivers meet the region’s food needs, the Caspian Sea oil and gas reserves will meet the energy needs of the region and Pakistan’s military officers and the tribal fighters will secure Pakistan, Afghanistan and Central Asia from all enemies.

Know that whilst our people can only demand an end to the US alliance and the return of the Khilafah, you alone can deliver both. Indeed, your reward in obedience of Allah (swt) is great, but your sin in disobedience is greater too. So grant your Nussrah now to Hizb ut Tahrir, under its global Ameer, Sheikh Ata Bin Khalil Abu Al-Rashtah, so that you can finally invest your souls and properties in the bountiful pursuit of victory and martyrdom.

“O you who believe! Fight the Unbelievers who gird you about, and let them find firmness in you: and know that Allah is with those who fear Him.” [Surah at-Tawbah 9: 123]