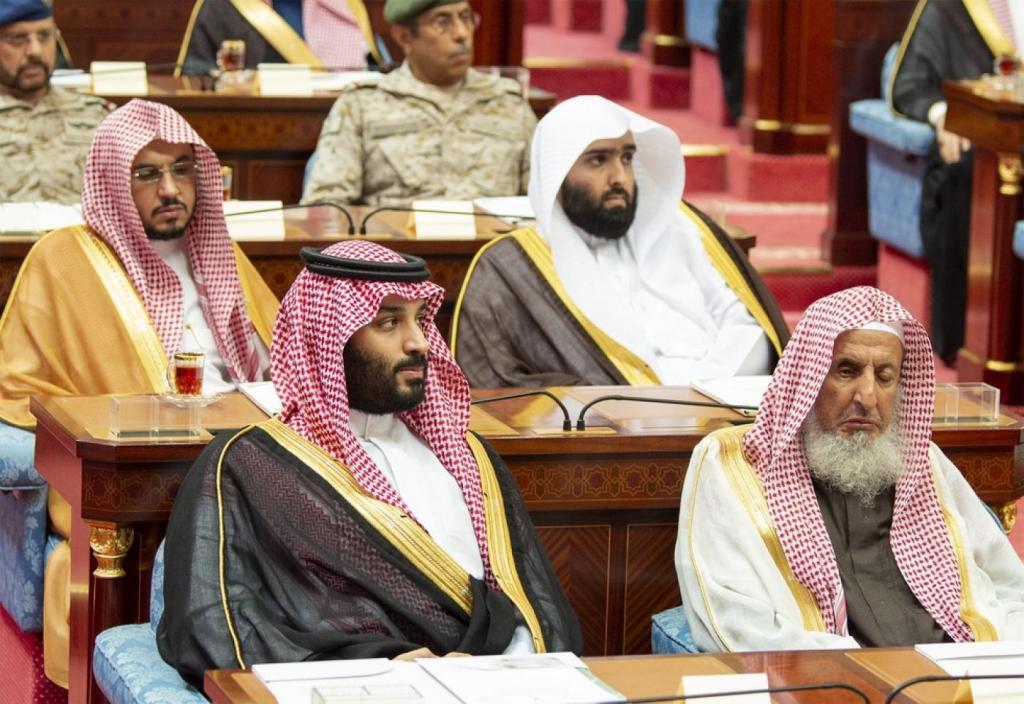 The sweeping reforms undertaken by Mohammed bin Salman (MBS) have completely changed the complexion of Saudi society. The country, which has once been a bastion of conservative Wahhabi values, has given way to secular liberal values. The Crown Prince ended segregation of the sexes at restaurants, permitted women to travel without mahram, removed the ban on female drives, and encouraged the free mixing of men and women under the guise of entertainment. Furthermore, the Saudi government has also opened up the country to non-Muslim tourist from across the globe.

Previously each of these items was not only the vanguard of the religious conservatives but also a taboo subject that no one had the right to question. Yet in the space of a couple of years, each of these redlines has been effaced without any significant dissent either from the Saudi elite or the conservative Wahabi establishment. On the contrary, vulgarity and indecency have spread throughout society like wildfire via social media. Such is the scale of the lewdness that authorities are struggling to cope with the despicable behaviour of indigenous Saudis, which is often associated with Westerners. This begs the question whether both factions along with the Saudi royal family secretly coveted secular liberal values but were too scared of the public to usher in these changes.

It is said that change starts from the top, and in the case of Saudi Arabia, the winds of change are MBS and his affluent supporters. In fact, MBS has outdone the jahiliya of the Quraysh. By inviting singers, musicians and artists from all over the world to promote profanity in concerts, MBS has surpassed the evilness of the Quraysh—there is no record of the Quraysh inviting leading singers from Persia and Rome to perform concerts. Allah (swt) says:وَإِذَا أَرَدْنَا أَنْ نُهْلِكَ قَرْيَةً أَمَرْنَا مُتْرَفِيهَا فَفَسَقُوا فِيهَا فَحَقَّ عَلَيْهَا الْقَوْلُ فَدَمَّرْنَاهَا تَدْمِيرًا “When We decide to destroy a town We command the affluent among them, whereupon they commit sins in it, then the decree (of chastisement) becomes due against them and thereafter We destroy that town utterly.” [Surah 17 Al-Isra].

The disobedience of the elite towards Allah’s commands and prohibitions will ruin society unless the ulema and the people overturn the tide of evil and mischief plaguing their surroundings. But here too, many of the ulema are found floundering, preferring to stay quiet, while some openly defend the actions of MBS.

It is a great shame to find the Wahabi establishment which takes great pride in espousing the doctrine of tarweed and promoting good morals mute on MBS’s liberal reform agenda. The messenger of Allah ﷺ said, «الْعُلَمَاءُ هُمْ وَرَثَةُ الأَنْبِيَاءِ» “Scholars are the inheritors of the prophets.” [Related by Tirmidhi]. Is there anyone amongst the Wahabi establishment to take a firm stand against MBS as he trounces Islamic values?

If the Ulema fail in their duty, the people will not be absolved from the mischief of their leaders. The Messenger of Allah ﷺ said, «وَالَّذِي نَفْسِي بِيَدِهِ لَتَأْمُرُنَّ بِالْمَعْرُوفِ وَلَتَنْهَوُنَّ عَنْ الْمُنْكَرِ أَوْ لَيُوشِكَنَّ اللَّهُ أَنْ يَبْعَثَ عَلَيْكُمْ عِقَابًا مِنْهُ ثُمَّ تَدْعُونَهُ فَلَا يُسْتَجَابُ لَكُمْ» “By the One in whose hand is my soul, you must command the good and forbid the evil or else a punishment from Him would soon be sent upon you, after which you would call upon Him and your dua will not be answered.” [Related by Tirmidhi]. It is imperative for the Saudis to stop their elites from violating the commands and prohibitions of Allah or risk His (swt) punishment. It is dangerous for the average Saudi to remain quiet and devote themselves to dua. Allah (swt) says:إِنَّ اللَّهَ لَا يُغَيِّرُ مَا بِقَوْمٍ حَتَّى يُغَيِّرُوا مَا بِأَنْفُسِهِمْ  “Verily, Allah will not change the (good) condition of a people as long as they do not change their state (of goodness) themselves (by committing sins and by being ungrateful and disobedient to Allah).” [Al-Ra’d: 11].

Hence, the people must take it upon themselves to change the decrepit situation to one that pleases Allah (swt) and His Messenger ﷺ.يَا أَيُّهَا الَّذِينَ آمَنُوا اسْتَجِيبُوا لِلَّهِ وَلِلرَّسُولِ إِذَا دَعَاكُمْ لِمَا يُحْيِيكُمْ وَاعْلَمُوا أَنَّ اللَّهَ يَحُولُ بَيْنَ الْمَرْءِ وَقَلْبِهِ وَأَنَّهُ إِلَيْهِ تُحْشَرُونَ “Oh you who have Iman, respond to Allah and to the Messenger when he calls you to that which gives you life. And know that Allah intervenes between a man and his heart and that to Him you will be gathered.” [Al Anfal: 24]