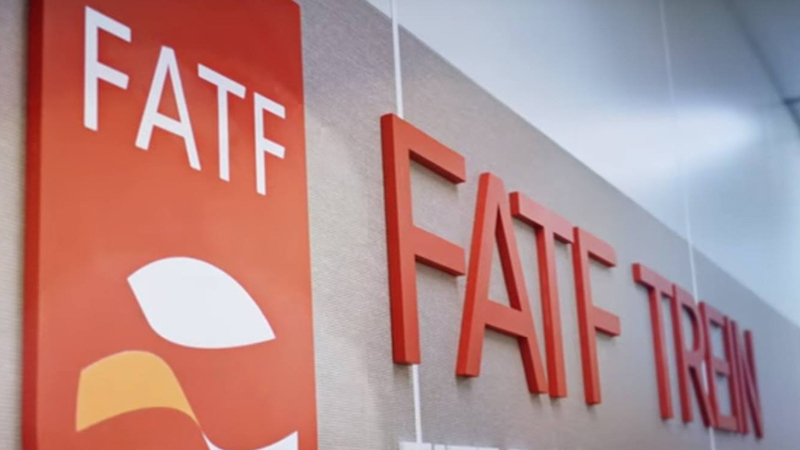 Things had not gone well for Pakistan at the plenary meetings of the Financial Action Task Force (FATF) being held in Paris, the Government of Pakistan maintained awkward silence and confirmation arrived on a TV channel more than two hours after FATF statement was uploaded on their website. https://www.dawn.com/news/1391548/the-great-fatf-fumble

Comment:
While Foreign Minister of Pakistan Khawaja Asif was on a visit to Russia for talks in Moscow where his Russian counterpart said, fighting terrorism is one of the priority areas of cooperation between the two countries, FATF announced it was greylisting Pakistan. Khawaja Asif first denied this through a Tweet and claimed that some true friends, China, Turkey and Saudi-Arabia had stopped it from happening. But the fact of the matter is that it still happened. This decision will put under close watch all banking transactions, thus restricting Pakistan’s global financial transactions. The reason behind all this is the belief that Pakistan is not doing enough and playing double games by giving protection to terrorist groups. Pakistani institutions on the other hand are trying very hard to prove their faithfulness. Not even shying away from killing innocent individuals just to achieve a certain target of dead terrorists. The murder of innocent Naqeebullah Mehsud is a recent example.

It was reported that China, Turkey, and the Saudi Arabia-led Gulf Cooperation Council as a single bloc voted against the move to put Pakistan on FATF’s terror watch list, but US pressure made them pull out from opposing the decision. Worth noting is the criteria of Pakistan to choose and then blindly trust the friends who already have their loyalties bound with superior powers and the only thing in common between these countries and Pakistan is the lust for money and power. Now Pakistan has to show performance in the next four months to save itself from the financial wrath. How the people will suffer is a separate story.

It may seem that the USA breaking ties with Pakistan will leave it alone and helpless, but this is the time to recognise the importance of making link with the Almighty. Replacing the USA by China will bring no good to the people of Pakistan. This recent incident is a clear example of how China abandoned Pakistan. Pakistan needs to understand that the only way to come out of its financial dependence of the IMF, the World Bank and the ADB is to rise on its own feet and stand on the economic platform provided by Islam. No pact made with any country on the basis of countering foreign-defined terrorism will bring financial or physical security. The Islamic system of Khilafah will have no link to the interest-based banking and thus will be the end of all sugarcoated loans. Gold and silver will be its currency and thus the basis of international trade and that trade will certainly not be of Muslim blood. Getting out of this maze may seem very hard but it is not harder than what we are already going through and the humiliation will be replaced by gratification.

“And surely We shall try you with something of fear and hunger, and loss of wealth and lives and crops; but give glad tidings to the steadfast,”
[Albqrah:155]

This is time to get rid of this exploitation and manipulation and adopt the pure system of Islam under the shade of Khilafah (Caliphate) on the method of the Holy Prophet (saw).