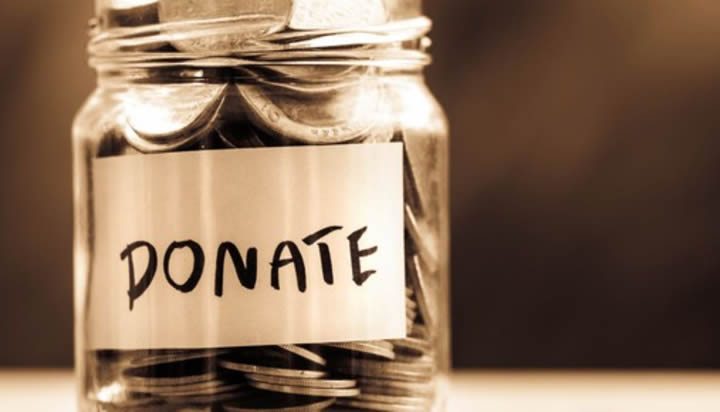 An extreme secular British think-tank has published a report accusing Muslim charities of exploiting the UK charitable sector, and recommending that the government “wind-up” charities that have trustees showing sympathies with what it calls “a network of Islamist extremists… which seeks to delegitimise and push out moderate voices.”

One might wonder what is the criteria that such charities are judged as being too extreme to be allowed to use the donations of Muslims in Britain for charitable purposes. The report does not focus on the use of the money, but rather on the views (or suspected views) of the charities’ trustees. Most of the report’s 170 pages are devoted to anecdotes of Muslim charity events, the speakers’ views, the tweets of trustees and the like.

Examples of such evidence against charities include:

– criticising secular government funded quangos, populated by ex-Muslims, whose sole purpose is to spread misinformation about Islam in Britain;

– re-tweeting a link to a Guardian Newspaper article titled “Extremist is the secular word for heretic” which profiled Dr Abdul Wahid of Hizb ut Tahrir Britain;

The main link that connected all of those individuals criticised in the report, apart from being avowedly Muslim, is a willingness to stand up for Islamic values in the face of secularists’ attacks, and often a track record of speaking out against the horrendous colonial policies of the British and other Western governments.

One Imam is accused in the report, because he suggested that Muslims should tactically vote to prevent the worst anti-Muslim candidates from gaining parliamentary seats.

Even though this action is in itself a compromise of the Islamic Shariah rules which prohibit participation in legislative elections in un-Islamic countries; such compromises will never be enough for the secular liberal capitalists. Their irrational hatred of Islam and Muslims knows no bounds, so long as Muslims hold onto even an atom’s weight of Iman. It is just as Allah said:

“They wish you would disbelieve as they disbelieved so you would be alike.”
[an-Nisaa: 89]

With great irony the report’s author states that “charitable status is not a right, it is a privilege. The public correctly expect that charities should work for society, not against it.” The Henry Jackson Society (HJS) which authored the report is part of a network of extreme secular capitalists, bigots and irrational haters of Islam, which inspires much of the increasing anti-Muslim hatred, attacks and hate-crimes in Europe in recent years. Their chief goal appears to be to provide the media and members of parliament with cheap ammunition to aim at the Muslim community, in an attempt to vilify Islam, lest the European people start to look to it as a way out from the secular capitalist nightmare that they currently endure. However, whilst they and their ilk are the champions of secular liberalism against Islam, their only tactic is to make spurious accusations and blatant lies, yet never build their arguments on genuine thought; neither to defend their secular values, nor to challenge the Islamic Aqeedah. This fact only exposes their inability to do so, due to the bankruptcy of the secular belief and values.

The timing of the report is also highly suspicious. The Charities Commission in the UK is the government body which is supposed to oversee the charitable sector, but which has completely failed to notice any wrongdoing on the part of some of the biggest charities in the capitalist world, which have been recently shamed and exposed for their repeated involvement in the sexual abuse of the victims that they were supposed to aid. The HJS anti-Muslim charity report often references Charity Commission Statutory Investigations into Muslim charities, and how they imposed conditions on what Muslim charities are allowed to say and do. Also, the Guardian newspaper wrote three years ago that a quarter of Charity Commission inquiries were targeting Muslim groups. It had labelled 55 charities with the issue code ‘extremism and radicalisation’ without their knowledge, “There are no written criteria for applying or removing this label and thus it lends itself to non-evidence based targeting of particular groups.”

Clearly, had the Charities Commission not been wasting so much time and money policing and harassing the Muslim community, they might have noticed the blatant human rights abuses on their own doorstep.

The ideological bias of the Charity Commission is clear. Oxfam, which is at the centre of the sexual abuse scandal is proud to state that “We are secular, open-minded and pluralistic. We welcome all beliefs that advance human rights.” Yet, Muslims who openly question secularism and its suitability as a basis for organising people’s’ affairs, are targets for harassment.

Muslims should be clear that Western aid is never without conditions. Whether it is the aid of missionary groups in the last century, or so-called Non-Governmental Organisations today. All come with a secular agenda which supports the hegemony of Western colonialism.

“Verily, those who disbelieve spend their wealth to hinder (men) from the path of Allah, and so will they continue to spend it; but in the end it will become an anguish for them. Then they will be overcome. And those who disbelieve will be gathered unto Hell.”
[al-Anfaal 8:36]