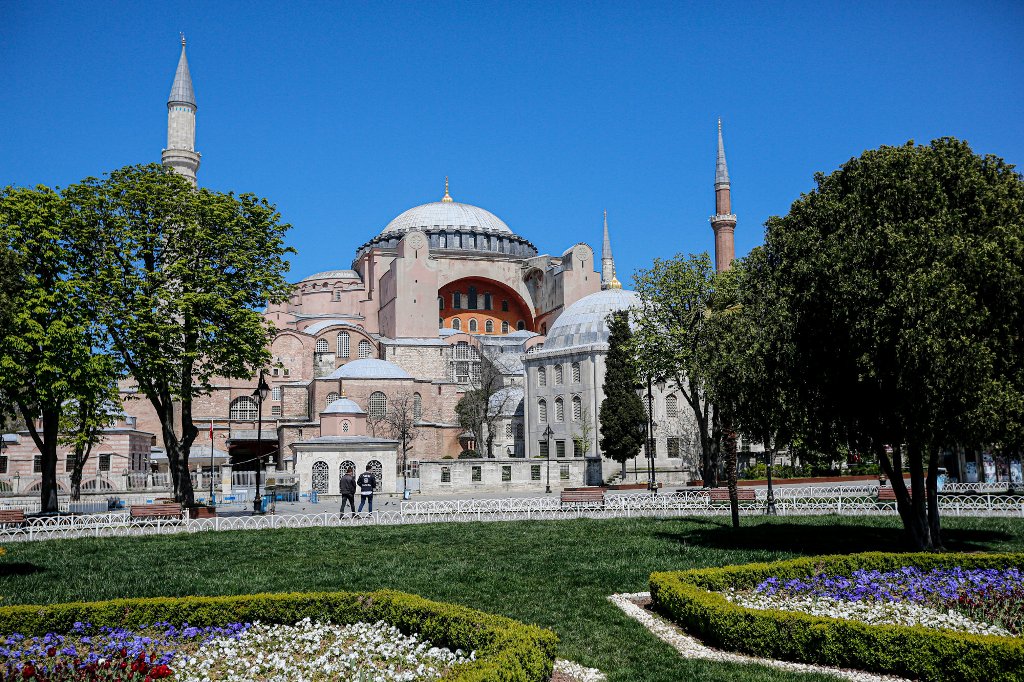 President Recep Tayyip Erdogan issued a decree Friday ordering Hagia Sophia to be opened for Muslim prayers, an action likely to provoke international furor around a World Heritage Site cherished by Christians and Muslims alike for its religious significance, for its stunning structure and as a symbol of conquest.

The presidential decree came minutes after a Turkish court announced that it had revoked Hagia Sophia’s status as a museum, which for the last 80 years had made it a monument of relative harmony and a symbol of the secularism that was part of the foundation of the modern Turkish state.

Built in the sixth century as a cathedral, Hagia Sophia stands as the greatest example of Byzantine Christian architecture in the world. But it has been a source of Christian-Muslim rivalry, having stood at the center of Christendom for nearly a millennium and then, after being conquered, of the Muslim Ottoman Empire, when it was last used as a mosque..

It was a decision long sought by conservative Muslims in Turkey and beyond, but one which opponents say Mr. Erdogan intends to stir his nationalist and religious base as his popularity wanes after 18 years atop Turkish politics…

Hagia Sophia, famous for the grandeur of its immense and iconic dome, was converted into a mosque after Mehmed II the Conqueror held his first Friday prayers there in 1453, three days after seizing control of what was then the city of Constantinople.

Under the secular republic of modern Turkey, the monument was turned into a museum in 1934. It was named a masterpiece of the World Heritage site in Istanbul and has become Turkey’s most popular tourist attraction, drawing 3.7 million visitors last year. [New York Times]

In describing the reversion of the Hagia Sophia to a masjid as “an action likely to provoke international furor” the New York Times of course means that it is provoking the secular West, which has become accustomed to thinking of itself as the ‘international community’ empowered to decide on all the affairs of the world.

The secular West accuse religion of being discriminatory and oppressive of others, and portray themselves as being neutral and equitable towards all religions. It was indeed fully in conformity with this secular thinking that the Hagia Sophia was utilised as neither Church nor Mosque but instead converted into a ‘museum’ that could be equally acceptable to both Christians and Muslims and representing a neutral position between the two. However, those who call for secularism obscure the fact that secularism is itself like a religion, with its own adherents and its own ideas and practices; it is a way of life that is actually alien to both Christians and Muslims. In contrast, it was actually Islam that had demonstrated and achieved peace and harmony between religions, a practice that had begun to be adopted even in Europe at the very end of their Christian era but much before secularism took root.

Islam has set out the basis for protecting and securing all religions in the Qur’an and the Sunnah. Allah (swt) says: ﴿أُذِنَ لِلَّذِينَ يُقَاتَلُونَ بِأَنَّهُمْ ظُلِمُوا وَإِنَّ اللَّهَ عَلَى نَصْرِهِمْ لَقَدِيرٌ * الَّذِينَ أُخْرِجُوا مِن دِيَارِهِمْ بِغَيْرِ حَقٍّ إِلَّا أَن يَقُولُوا رَبُّنَا اللَّهُ وَلَوْلَا دَفْعُ اللَّهِ النَّاسَ بَعْضَهُم بِبَعْضٍ لَّهُدِّمَتْ صَوَامِعُ وَبِيَعٌ وَصَلَوَاتٌ وَمَسَاجِدُ يُذْكَرُ فِيهَا اسْمُ اللَّهِ كَثِيرًا وَلَيَنصُرَنَّ اللَّهُ مَن يَنصُرُهُ إِنَّ اللَّهَ لَقَوِيٌّ عَزِيزٌ﴾ “Permission [to fight] has been given to those who are being fought, because they were wronged. And indeed, Allah is competent to give them victory. [They are] those who have been evicted from their homes without right – only because they say, “Our Lord is Allah.” And were it not that Allah checks the people, some by means of others, there would have been demolished monasteries, churches, synagogues, and mosques in which the name of Allah is much mentioned. And Allah will surely support those who support Him. Indeed, Allah is Powerful and Exalted in Might.” [al-Haj: 39-40]

And from the Sunnah of the Prophet ﷺ: ‘Urwa bin Az-Zubayr said: «كَتَبَ رَسُولُ اللَّهِ صَلَّى اللَّهُ عَلَيْهِ وَسَلَّمَ إلَى أَهْلِ الْيَمَنِ: أَنَّهُ مَنْ كَانَ عَلَى يَهُودِيَّتِهِ أَوْ نَصْرَانِيَّتِهِ فَإِنَّهُ لَا يُفْتَنُ عَنْهَا، وَعَلَيْهِ الْجِزْيَةُ» “The Messenger of Allah ﷺ wrote to the people of Yemen: “Whoever is adamant upon Judaism or Christianity will not be tormented for it, and on them (obliged to pay) is the jizya.” [Abu ‘Ubayd al-Qasim ibn Sallam, Kitab al-Amwal]

Such evidences were adopted by Muslims not merely as ethical guidelines but as legal texts to be practically adhered to and enforced. The public character of society was unquestionably Islamic, while at the same time non-Muslim religious communities were fully entitled to privately practise their own religions. In contrast to this, secularism has pushed all religions into the private domain and created a new materialist public religion that views success as the pursuit of worldly pleasures and material prosperity, a prosperity that they nevertheless fail to deliver for the majority of their peoples.

The West separates religion from life whereas Islam makes religion the basis of life. By infusing public life with the ethical, humanitarian and spiritual values in addition to the material, Islam developed a rich, sophisticated civilisation that not only established genuine peace and harmony but also delivered justice and prosperity for all. Non-Muslims fully enjoyed the fruits of Islamic civilisation, and non-Muslims under Islam remained far better practitioners of their faiths than they are today under Western secularism, where churches and synagogues are closing down and an increasing number of the population are identifying themselves as ‘agnostic’ or ‘atheist’. Indeed the secular West would want all places of worship to become like the Hagia Sophia was, museums of only historical interest devoid of any practical relationship to contemporary life.

Without religion, Western societal harmony is fragmenting, families and communities are breaking up and individuals are increasingly leading a solitary isolated existence. It is only by submitting to religion that human beings can know true contentment. And amongst the religions of today, it is only Islam that represents the truth and that can genuinely and sincerely safeguard all of humankind. The Muslim Ummah is experiencing a dramatic renaissance, and it is this that Erdogan responded to for his own personal political ambitions but this renaissance will move far beyond Erdogan. With Allah’s permission, the world shall soon witness the dawn of a new civilisation built by the re-established righteous Islamic Khilafah (Caliphate) State on the method of the Prophet ﷺ that shall unify all Muslim lands, implement Islam and carry its light to the entire world.