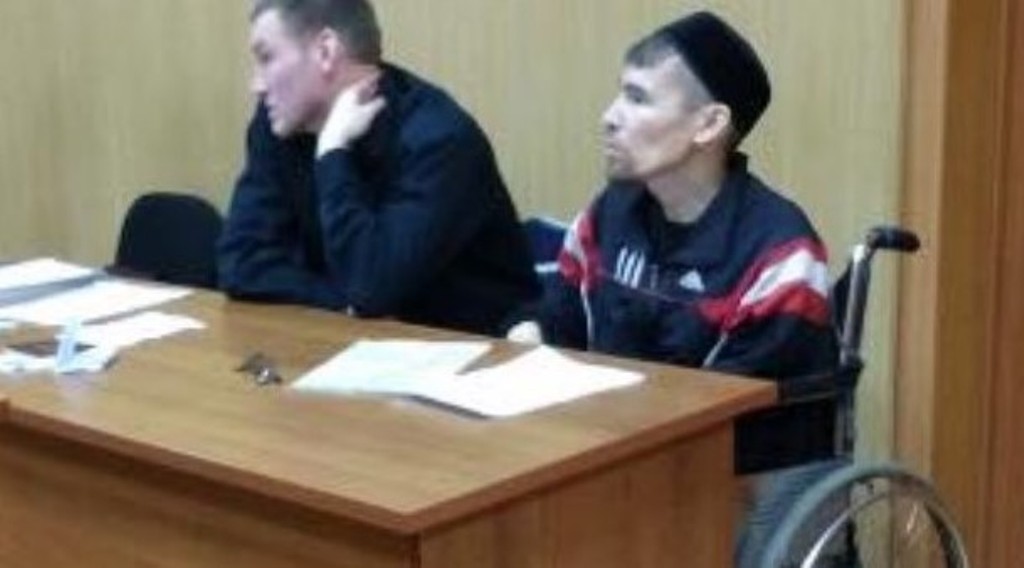 November 2019 was marked in Russia by two sentences in so called “Hizb ut Tahrir cases”.

Prosecutor’s position as always was built on questionable examinations of audio and video records of jailed brothers’ conversations and also was built on testimonies of so-called “secret witnesses”, whose reliability can not be checked.

These and other Hizb ut Tahrir cases are typical by absence of any planning, preparing and execution of terror acts; there are no weapons, killed or injured people.

Despite the fact that all court process and each paragraph of sentence in these cases expose absurdity of accusation in terrorism, I want to pay attention to the part where so-called “crime instruments” are listed.

The sentence of six Muslims from Crimea says:

The sentence of Gilyazov A. says:

From this list of “crime instruments”, we can surely conclude that our brothers in Islam are victimized by court proceedings only for the fact that they carry the Word of Islam in their society. Their guilt is not murders, robbery or threat to public safety. Their guilt is the only thing – they believe in Allah Taala and call others to it.

Allah Taala says in Surah Al-Buruj: وَمَا نَقَمُوا مِنْهُمْ إِلَّا أَنْ يُؤْمِنُوا بِاللَّهِ الْعَزِيزِ الْحَمِيدِ * الَّذِي لَهُ مُلْكُ السَّمَاوَاتِ وَالْأَرْضِ وَاللَّهُ عَلَىٰ كُلِّ شَيْءٍ شَهِيدٌ “They had nothing against them, except that they believed in Allah, the All-Mighty, Worthy of all Praise! Who, to Whom belongs the dominion of the heavens and the earth! And Allah is Witness over everything.” [85:8-9]

In his tafseer to these ayahs, Ibn Kaseer mentions a well-known story from Prophet Muhammad ﷺ about a tyrant ruler who several times tried to kill a young man who believed in Allah. All his attempts to harm him or turn him from his religion were unsuccessful. This lasted long until the young man said to the ruler that if he wants to kill him, he should gather all his people in one place and throw an arrow to him, but before this he should say “In the name of Allah, the Lord of this boy”. And only after that he managed to kill the young man. But as a result, all his people declared “We came to believe in Allah, the Lord of this boy”.

Thereby all efforts of this ruler to turn the boy from his faith resulted against himself, where he lost all his people since they all came to faith in Allah (SWT).

History repeats itself. In his desire to extinguish the light of Truth, tyrants of modern Russia in contrary merely reveal it by their clumsy actions.

By issuing sentences where mobile phones, flash-drives, brochures, magazines and Islamic flags are listed as crime instruments, the Russian court tries to extinguish the light of Islam by saying “In the name of Allah, the Lord of this boy”.

Thereby repressions, court proceedings and outrageous imprisonment terms of Muslims in Russia result in the fact that all the society including non-Muslims start to raise questions: What is the guilt of these people? Why are they jailed by such long imprisonments? Which idea educated these strong personalities? All of that promote the Islamic ideas in society.

Even famous Western analysts, of course not out of their love to Islam, warn tyrant regimes that coercive methods in suppressing nonviolent organizations will result only in their popularization in society.

But modern Russian tyrants are like the above mentioned ruler, who in his furious desire to refute the Truth without realizing himself, became Truth’s best weapon and argument. This is the essence of such tyrants that are blinded by temporary power given them by Allah.

Thereby: وَاللَّهُ غَالِبٌ عَلَىٰ أَمْرِهِ وَلَٰكِنَّ أَكْثَرَ النَّاسِ لَا يَعْلَمُونَ “And Allah has full power and control over His Affairs, but most of men know not”. [12:21].