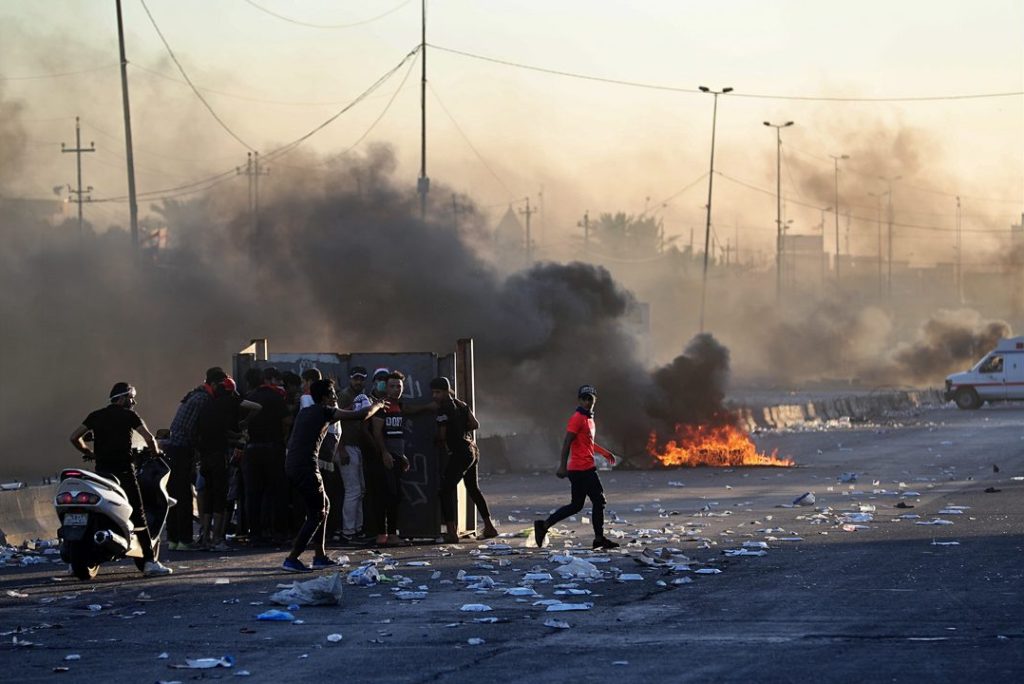 Under the escalation of public protests that spread in the capital Baghdad, and the governorates in central and southern Iraq, that has entered its second month, and the unification of the demands of the angry crowds towards the necessity of abolishing the entire political process, as a result of the grievances committed against the people by the hands of their symbolic figures, and administrative and financial corruption that brought the country to the abyss. Abdulhadi’s government should have responded quickly to the people’s legitimate demands, to submit their resignation, and admit their failure, but we see the complete opposite as the prime minister has sent a military force to the Nasiriya city yesterday morning on Thursday, 28th of this month, so they broke into the area of demonstration using live gun shots to suppress the protests and disperse the demonstrators which caused a deliberate massacre where 46 were killed and more than 200 were injured which is a clear evidence that the ruling government is holding onto the authority, refusing what would cut them off from their forbidden gains, even at the expense of its people’s suffering and even if it costs them to exterminate the whole people, determined to go on stealing what is not theirs.

However we are certain that the disbelieving America who brought this corrupted clique and gave them the authority over their people’s necks, to destroy what is its dirty war machine couldn’t accomplish, is the one benefiting from their presence in power, and is monitoring the events. If they succeed in suppressing the demonstrations with a security solution then they would stay in power; and if they fail, it will deliberately overthrow them- as is customary in its treatment of its servants and tails when the streets refuse them-and replace them with others who continue to betray and serve the enemies of the Ummah… So wait for more wrath from Allah (swt) as a result of what your hands have committed, and nothing will save the Muslims from your evil except when renouncing the disbelieving democracy, and to rule by the Shariah of Allah (swt) through which you would gain peace and human dignity.

“Do they then seek the judgement of (the Days of) Ignorance? And who is better in judgement than Allah for a people who have firm Faith.” [Al-Ma’ida 5:50]