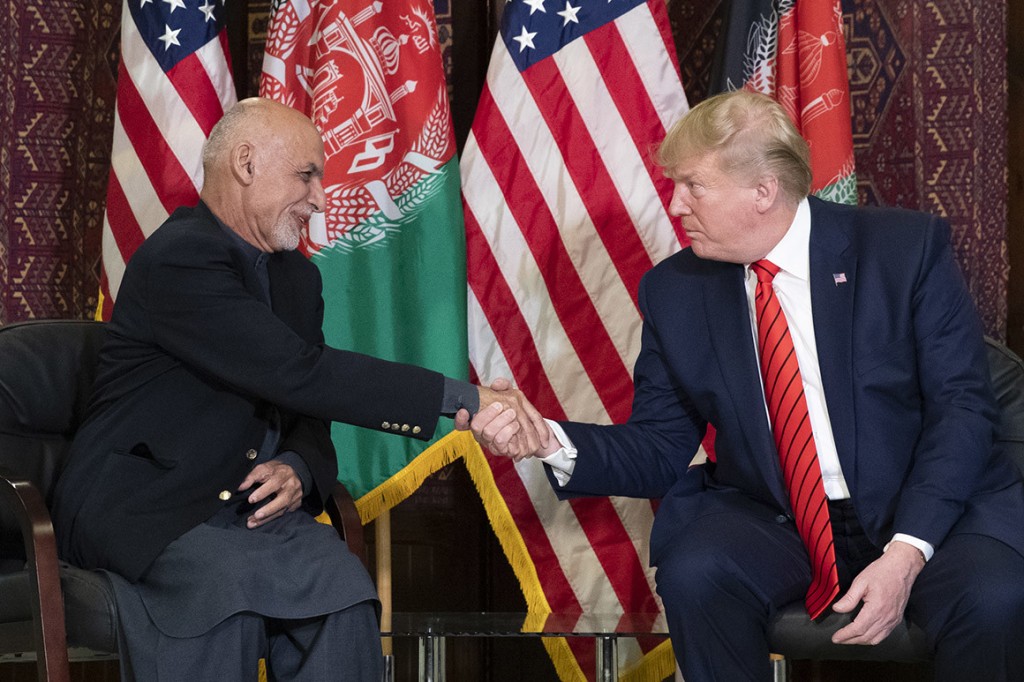 On November 28, 2019, the US President Donald Trump made a surprise visit to Afghanistan on the occasion of Thanksgiving Day to meet with the US troops stationed at Bagram Airbase in Afghanistan, but he hastily left Afghanistan within two hours. The following points need to be addressed in this regard:

– Trump, the brutal killer of Muslims shouldn’t have visited Afghanistan like a conqueror, but instead he should have been held captive by the Caliphate with his hands and feet shackled and presented to the trial of Muslim Juries to have been sentenced and/or punished for the brutal schemes and terroristic acts he has carried out against the Muslims around the world.

– It must have been proved to all pro-West folks that the US not only respects the values of Afghanistan, but they also violate their own glittery slogans such as ‘Democracy’, ‘Human Rights’, ‘Women’s Rights’, ‘Freedoms’ and so on. Indeed, under pretext of these slogans, they have happened to occupy Afghanistan, so these so-called slogans are no more than big lies as behind which they have always happened to seek their colonial interests in order to impede the emergence of the Islamic State.

– The fact is that the US’s hostility against Muslims and Mujahedeen of Afghanistan was apparently visible during Trump’s visit to Afghanistan. He arrived on the occasion of Thanksgiving Day, made a surprise and unannounced trip to Bagram Airbase, met only with his number-one puppet, Ashraf Ghani without inviting out other Afghan leaders, wore armor plate under his robes and spoke from behind defensive walls. By doing so, he explicitly signified Afghanistan as the land of enemies for which he had taken high-profile security measures.

– Trump’s surprise visit to Afghanistan was part of his 2020 presidential elections campaign besides the announcement of the resumption of talks with the Taliban. He also gave a motivational speech to his defeated troops affirming that soon after the peace process with the Taliban is settled, a large number of the US troops will go back home. The US, under the guise of peace process, will turn its approach of occupation into that of colonial.

Oh Muslims! Don’t trust the traitor rulers and the puppet systems that are prevailing in the Islamic lands because they are all the projects of infidels. Following the rulers of Saudi Arabia, Pakistan, Turkey and other Islamic lands, Ashraf Ghani is also one of them as he neither has any bond with the Muslims of Afghanistan.