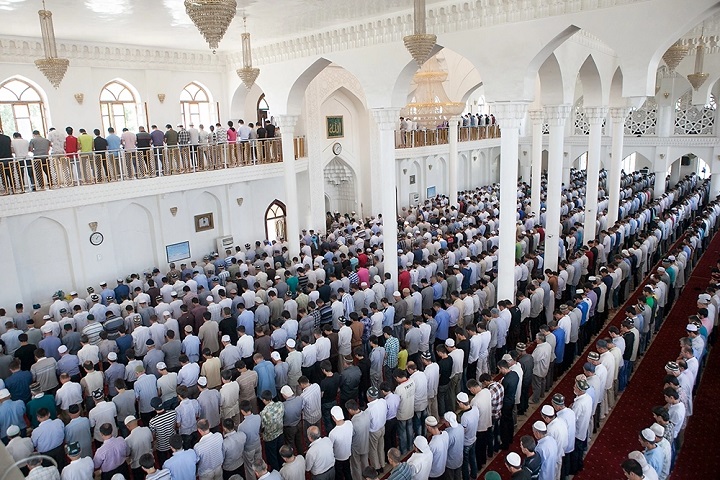 The Supreme Court of the Russian Federation satisfied the claim of the Prosecutor General’s Office to recognize the Islamic Renaissance Party of Tajikistan (IRPT) as a terrorist organization. It is reported by RAPSI. The corresponding lawsuit was filed in July this year.

Comment:
Within16 years, the IRPT was the only officially functioning Islamic party in the territory of the former USSR. In 2015, the party was accused of organizing a military coup allegedly organized by the country’s former deputy defense minister Abdukhalim Nazarzoda after which the Tajik Supreme Court recognized the party as a terrorist organization. Since that moment, Emomali Rahmon has constantly asked his partners to recognize the IRPT as a terrorist one on the platforms of the CSTO, SCO and CIS.

Recall that IRPT was the backbone of the United Tajik Opposition with which the Rahmon regime through the mediation of some countries signed a peace agreement in 1997. The main guarantors of the agreements were Russia, which supported the National Front, and Iran, which stood behind the back of the UTO. And the main terms of the agreement were the 30% representation of the UTO in the structures of power.

Gradually strengthening his power, Moscow’s protege Emomali Rakhmon, with the support of the Kremlin, eliminated UTO representatives in power structures and even his former associates. According to observers, in the 1990s, the Kremlin had no other way out to strengthen its position in post-Soviet Tajikistan, except to negotiate with the Tajik opposition.

After the power of the protege of Moscow was strengthened, the opposition was finally defeated. And Moscow, which is the guarantor of compliance with the agreements, did not take any action, because everything happened with the consent of the Kremlin, if not at its behest. Obviously, the peace agreement of 1997 is the reason of all these events, when the Tajik opposition trusted Russia, the final was already predicted. Russia is a historical enemy of Islam and Muslims, in the tradition of setting their proteges over the colonies, who will serve only the interests of the empire.