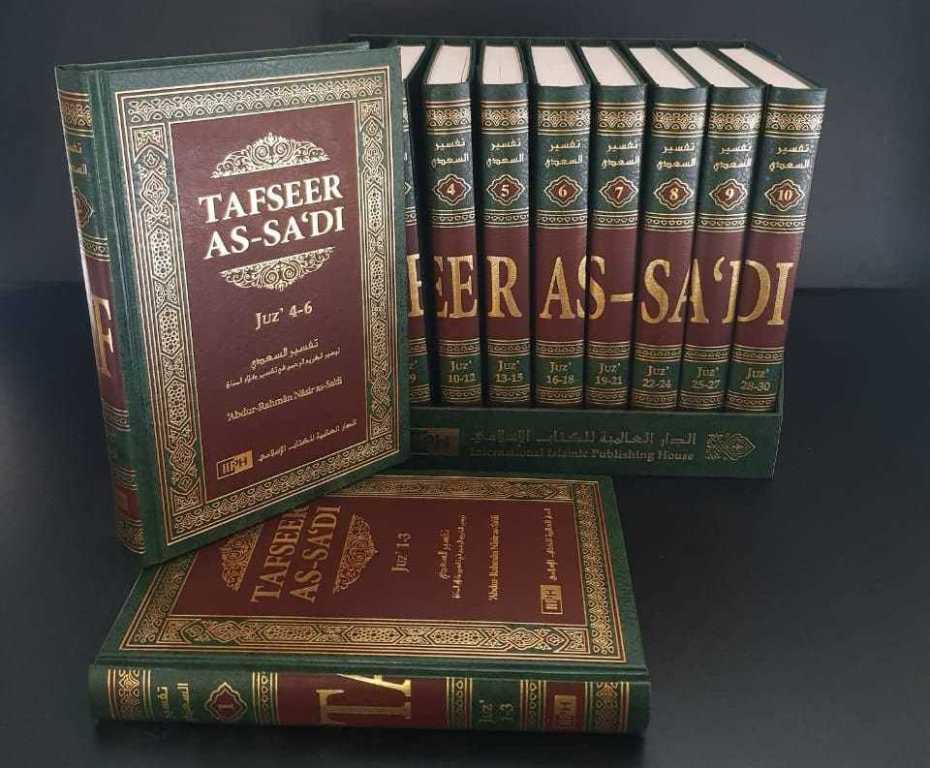 On the 19th of August, the Krasnoglinsky District Court of Samara declared the first volume of a three-volume Russian-language edition of the tafseer of the Quran by Abd ar-Rahman al-Saadi to be extremist.

The prosecutor of Samara demanded to ban the first and third volumes of the publication, as well as several more Islamic religious books in June 2018. The Prosecutors office indicated that FSB officers found this books with explosives in a prayer room in the village of Krasny Pakhar during a search in 2016 in the case of the so-called “cell of Salafis”.

Recall that this is not the first attempt to ban this book – the three-volume. In 2017, the Volga Transport Prosecutor’s Office filed a complaint with the court, demanding to ban six books:

However, on the 7th of August 2018, the Laishevsky District Court of Tatarstan apparently fearing a public outcry dismissed the claim of the Volga Transport Prosecutor’s Office to recognize the interpretation of the Holy Quran and a collection of saheeh hadiths as extremist materials.

The practice of banning Islamic literature in Russia under the pretext of having extremism statements in it has long become commonplace. It should be reminded that the federal list of extremist literature largely consists of Islamic literature and is constantly updated with it. The count goes to thousands of points in the list. The fundamental Islamic literature, which is a source of understanding of Islam in general, has long been banned: Translations of the Quran, several versions of the Seerah of the Prophet Muhammad ﷺ, collections of sayings of the Prophet Muhammad ﷺ, a collection of prayers, etc.

Independent experts claim that more than 80% of the main Islamic books, from which Muslims around the world derive Islamic knowledge, are banned in Russia. This ban is only a continuation of the “tightening of the screws” against Muslims.

Russia’s struggle with Islam is a historical and centuries-old phenomenon. I would like to remind you that a similar and even greater damage to the Tatars and Bashkirs from the Russian colonialists was inflicted in 1929, when the Tatar and Bashkir alphabets based on the Latin alphabet (Yanalif) appeared, and then in 1940 when Muslims were forced to use the Cyrillic alphabet. These events became one of the main factors in the separation of the Tatars and Bashkirs from Islamic and historical literature written in Arabic graphics, and the reason for their religious illiteracy and the separation of the new generation from religious, cultural, and historical roots. All this was part of the assimilationist policy of the colonialists. Today we are seeing the return of the majority of the Muslim population of Russia to their religion, which forces the authorities to fight this phenomenon in every way. Hence the ban on Islamic books, fabrication of criminal cases against active Muslims calling to Islam, massive anti-Islamic propaganda under the slogans of “fighting extremism and terrorism.”

But no matter how hard the army of the shaitan from among the jinn and people tried, they could not obscure the light of truth and keep the sincere sons of our people in the darkness of disbelief.

“They want to extinguish the light of Allah with their mouths, but Allah refuses except to perfect His light, although the disbelievers dislike it”. [9:32]