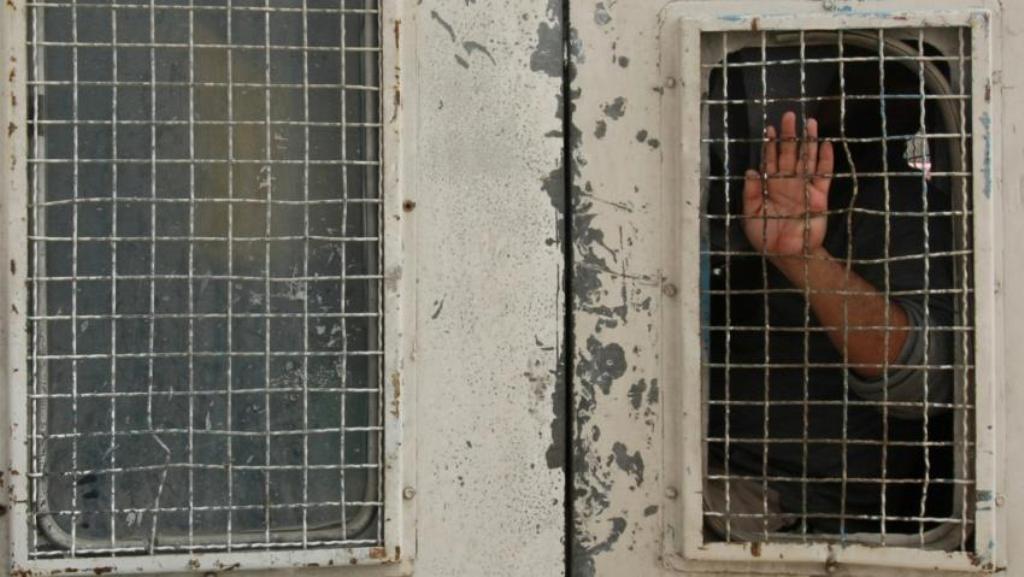 Saudi Arabia, one of the wealthiest countries on earth, is keeping hundreds if not thousands of African migrants locked in heinous conditions reminiscent of Libya’s slave camps as part of a drive to stop the spread of Covid-19, an investigation by The Sunday Telegraph has found.

Graphic mobile phone images sent to the newspaper by migrants held inside the detention centres show dozens of emaciated men crippled by the Arabian heat lying shirtless in tightly packed rows in small rooms with barred windows. One photo shows what appears to be a corpse swathed in a purple and white blanket in their midst. They say it is the body of a migrant who had died of heatstroke and that others are barely getting enough food and water to survive.

Another image, too graphic to publish, shows a young African man hanged from a window grate in an internal tiled wall. The adolescent killed himself after losing hope, say his friends, many of whom have been held in detention since April.

The migrants, several displaying scars on their backs, claim they are beaten by guards who hurl racial abuse at them. “It’s hell in here. We are treated like animals and beaten every day,” said Abebe, an Ethiopian who has been held at one of the centres for more than four months. “If I see that there is no escape, I will take my own life. Others have already,” he added via an intermediary who was able to communicate on a smuggled phone. “My only crime is leaving my country in search of a better life, but they beat us with whips and electric cords as if we were murderers.”

Oil-rich Saudi Arabia has long exploited migrant labour from Africa and Asia. In June 2019, an estimated 6.6m foreign workers made up about 20 per cent of the Gulf nation’s population, most occupying low paid and often physically arduous jobs. (Source: Daily Telegraph 30/08/2020)

As yet another awful account of Saudi Arabian human rights abuses emerges, we must question the why this nation that claims to represent the benevolent Deen of Islam is repeatedly associated with horrific abuses towards its population of migrant workers and refugees.

Rather than honour those who are poor and destitute, and pay a just wage to one who seek employment as Islam prescribes – the existing practise of housing South Asian migrant workers in overcrowded bunkers with inadequate access to sanitary installations and medical facilities, has been extended to the recent influx of refugees from the horn of Africa.

Many are victims of recruitment agents and human traffickers, who travelled to escape poverty back home, but were trapped in Saudi Arabia partly as a result of the pandemic but also due to the workforce reforms introduced last year by Muhammed bin Salman – who must be held responsible for the inhumane conditions these men are being subject to.

Suicide rates and mental illness aside from other disease have taken root among the detainees; yet despite these harrowing conditions, immediate plans for deportation have been abandoned – leaving the men to suffer in the most squalid conditions of over one hundred to a room. Moreover it seems the grand Saudi gestures of distributing water and food are only afforded to Hajj and Umrah pilgrims, because these men are further dehumanised by having very limited access to water, and are only given a piece of bread in the morning and some rice in the evening to eat.

Satellite imagery shows there are several buildings housing undocumented migrants in Shumaisi near Makkah and Jazan a port town near Yemen, each potentially holding thousands of men.

Those who have visited the Kingdom are likely to have seen the obvious racism behind the two tier system that Africans and South Asians are subject to. From the way they are processed upon arrival, to the localities, housing and hostels allocated to them – there is a vast difference in their treatment and opportunity, compared to that of Arabs and anyone from the West.

Under the Capitalism of the West, racism is endemic, woven into its systems, present at every level of society and rooted in the values and social dynamics of the nation state. However racial hatred itself is covert; it hides behind multiculturalism and slogans of equal opportunity – but every person of colour knows that these high claims fail abysmally when actually put to test by the judiciary, police and in the workforce.

Similarly Saudi as a nation state seeks the idea of self-benefit above all notions of ethical and humane engagement with its migrant population. Its nationalist agenda has determined its racist policies, where the hatred and condescension of the ruling elite manifests as the overt strand of Capitalism. Which explains the countless abuses towards not only male workers, but the torture and murders of female nannies and maids which go unpunished.

Unlike Capitalism, the Islamic system of governance values people beyond any benefit they can deliver and doesn’t need to function according to a hierarchy or caste system. Regardless of tribe, nationality, background, capability and gender, Islam affords great honour and respect to the worker, the traveler, and the needy, as its detailed legal code and illustrious tradition proves.

The Islamic tradition is filled with examples of justice, kind treatment and ways of honouring the poor as exemplified by our noble Prophet Muhammed (saw) himself, his companions and the generations of Muslims thereafter.

In fact the entire Islamic ideology is geared towards fulfilling the needs of people by alleviating poverty through fair distribution, and equitable – not only mass production.

Also as depicted by the Ansaar in Madinah, in supporting migrants to contribute to the nation, and easily fulfill their individual duties such as working to provide also.

Abdullah Ibn Umar said Muhammed ﷺ said, «أَعْطُوا اَلْأَجِيرَ أَجْرَهُ قَبْلَ أَنْ يَجِفَّ عَرَقُهُ»  “Pay the worker before his sweat dries”; and it’s well known that our Prophet ﷺ always ensured his servant would live, eat and be clothed just as he was – no less. Likewise the rightly guided Khalifah Umar bin Al Khattab, would not only walk the streets at night to ensure people were safe and secure; and then facilitate families himself if there was a need – but he would scatter food all over the Islamic territories saying he feared committing an injustice to any creature however small, as they all had a right to live well in peace and security under Islam.

The sublime principle, values and laws of Islam are designed by the Creator of the heavens and the earth Himself to elevate humankind as individuals, and as a nation. Its truth is capable of delivering only goodness to every person it is extended to.

“And say, “Truth has come, and falsehood has departed. Indeed is falsehood, [by nature], ever bound to depart.”” [Surah Al Isra: 81]